Prices are now out for the all-new 2023 Kia Sportage, a totally redesigned fifth-generation of the South Korean automaker’s big-selling compact crossover SUV. The first thing that most people will notice about the all-new Sportage may be the dramatic exterior styling, but the prices for this exciting new model might have the competition more concerned.

With a starting MSRP of just $27,290 for the 2023 Kia Sportage HEV LX, the Kia is already cheaper than the 2022 model year hybrid versions of the Toyota RAV4, Honda CR-V, and Ford Escape. As the Sportage’s hybrid rivals are all likely to increase in price for 2023, the all-new 2023 Kia Sportage could now be the one to beat.

What is the 2023 Kia Sportage Hybrid?

The 2023 Kia Sportage Hybrid is a gas/electric hybrid version of a compact crossover SUV that enters its fifth generation with the 2023 model year. Previously, there have been mild-hybrid versions of the Sportage, but this is the first full-blown hybrid variant.

The Sportage is a compact crossover SUV that competes directly against big-hitters that include the Toyota RAV4, Honda CR-V, Ford Escape, Hyundai Tucson, and the VW Tiguan. The compact SUV segment is an incredibly competitive section of the current market, and any vehicle that wants to compete has got to be good. I had a fourth-generation Sportage a few years ago, and I have to say it was excellent, but could this new version finally make a severe dent in the massive sales of the RAV4 and CR-V?

How much is the 2023 Kia Sportage Hybrid?

The 2023 Kia Sportage Hybrid lineup starts with the front-wheel-drive HEV LX with a starting MSRP (excluding a $1,215 destination charge) of $27,290. If you want an all-wheel-drive version of the HEV LX, one of those starts from $29,090. The next level is the HEV EX at $30,990, and the range-topper is the HEV SX-Prestige with an MSRP of $36,190. The HEV EX and HEV SX-Prestige are standard AWD with no front-drive option.

How much is the non-hybrid 2023 Kia Sportage?

There isn’t much between the hybrid and non-hybrid versions of the 2023 Kia Sportage as far as pricing is concerned, so it comes down to whether the buyer favors performance or fuel economy. Or does it?

One thing I have to point out, however, is that base versions of the RAV4 and CR-V hybrids are standard AWD. That puts an AWD 2023 Sportage HEV LX almost neck and neck on price with the 2022 Toyota RAV4 Hybrid LE AWD, but the Toyota is almost certain to increase in price when the 2023 model gets announced.

Unfortunately, Kia has decided to retire the excellent 2.4-horsepower turbo-four that performs so well in the 2022 Kia Sportage SX Turbo. The standard engine for the 2023 Kia Sportage is more powerful than its predecessor, but only by six horsepower. In all non-hybrid 2023 Sportage models, the engine is a naturally aspirated 2.5-liter inline-four that develops 187 horsepower and 178 lb.-ft. of torque, which goes to the front or all four wheels through an eight-speed automatic transmission. That’s it; that’s your lot, I’m afraid.

That’s the bad news over with then, so let’s look at what will make the 2023 Kia Sportage Hybrid such a contender. The 2023 Sportage Hybrid has a powertrain comprised of a 1.6-liter turbo-4 and six-speed automatic transmission, a single electric motor, and a 1.49-kWh battery pack.

It’s the same system also employed in the Hyundai Tucson Hybrid, and it provides the Sportage Hybrid with 227 horsepower, 258 lb.-ft. of torque and a towing capacity of 2,000 pounds. There’s also a plug-in version with the same engine, motor, and power output, but the PHEV gets a 13.8 kWh battery pack that allows up to 32 miles of electric-only driving range.

The headline I take from all this is that choosing the 2023 Kia Sportage Hybrid over the non-hybrid version is an absolute no-brainer. The cheapest non-hybrid 2023 Sportage LX costs just $1,300 less than the 2023 Sportage HEV LX. For that extra $1,300, not only do you get better fuel economy, you also get an extra 40 horsepower and 80 lb.-ft. of torque!

Here’s a table showing the complete list of 2023 Kia Sportage and Sportage HEV models and prices. The PHEV prices will be announced shortly.

How does the 2023 Kia Sportage Hybrid compare to rivals?

I could write an extensive, detailed article about how the 2023 Kia Sportage Hybrid compares to its main rivals, but that would be boring. Instead, here’s a table that compares the details that matter for the new Sportage HEV and its main rivals.

Should you buy a 2023 Kia Sportage Hybrid?

Before getting to test drive one, I’d already say you should skip the non-hybrid Sportage and go for the hybrid instead. I can’t see why Kia has bothered with the non-hybrid version when the hybrid costs just a fraction more.

With the way the current market is right now and how difficult it can be to get your hands on some brand new models, you might want to place an order for a 2023 Kia Sportage HEV if you want to be driving it before the end of this year. If you want to know live prices in your area for the Kia Sportage or any new vehicle, check out this no-obligation free tool. 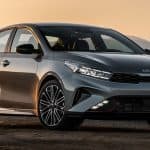 Is the Ram TRX a Good Daily Driver? 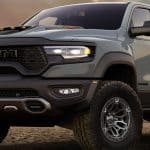