Nissan has an illustrious reputation for producing thrilling performance cars, and one of the Japanese automaker’s most outstanding achievements in that area is the legendary GT-R. Nissan has now announced the pricing for the 2023 Nissan GT-R, and it’s certainly not cheap!

While it’s up to the individual whether they spend their money on a Nissan GT-R or not, how does the car stack up against the competition?

The 2023 GT-R Premium features a 3.8-liter DOHC twin-turbo V-6 engine rated at 565 horsepower and 467 lb.-ft. of torque. For just short of an extra $100k, the 2023 GT-R Nismo gets tuned to produce 600 horsepower and 481 lb.-ft. of torque, and it comes with a special NISMO-tuned suspension, carbon fiber bodywork, larger Brembo carbon-ceramic brakes, and plenty of additional enhancements.

We know it’s going to be fast, then. Very fast, indeed. But what else can you get for the same money as a Nissan GT-R Nismo?

On top of that, you also get a monumentally more attractive car, and you can even have a convertible. A range-topping 2023 Corvette Z06 3LZ Convertible costs from $127,545, which is $83,195 cheaper than the GT-R Nismo.

That difference is enough to buy yourself a 2023 Cadillac Escalade Luxury for when you need more than two seats, and you’d still have $2,105 left over to pay your (massive) gas bill.

Is the 2023 Nissan GT-R worth the money? No. It isn’t worth all that money. I’ve only used the example of the Corvette Z06 to expose the ridiculous price of the Nissan, but there are many better ways of spending less money to get more than the Nissan offers.

I mean, just look at it. If you have that kind of money and want to buy a GT-R, then go ahead. Personally, I couldn’t imagine a situation where I would shell out that kind of money for the Nissan. But that’s just me. Maybe you think differently? 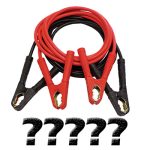 How To Jump Start a Car Properly and Safely

What Happens if a Hybrid Battery Runs Out? 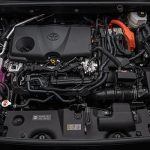