5 Car Features That Will Make You Feel Like Batman

Everyone wants to feel like a superhero sometimes, and the best way to do that is by equipping yourself with the necessary gadgets. Recent developments by high-end car manufacturers and technology firms are making the idea of Batman’s Batmobile or Spiderman’s Spider-mobile more believable, with innovation seemingly occurring daily. That’s why Car Buying and Selling has put together this article showing you 5 car features that will make you feel like Batman.

But within this highly competitive industry, cool gadgets and innovative new functions can be overshadowed by cheaper and more affordable models that seem more attractive.

Various different manufacturers are now implementing a fatigue detection system, in order to protect both drivers and pedestrians – what is more ‘superhero’ than a car that can sense human feelings?

Although it is sometimes natural for drivers working for long periods at a time to become drowsy, it can still be dangerous to those on the road. To avoid such danger, Bosch first created the fatigue detection system to monitor the fatigue of the driver.

The system was used to monitor things like sudden deceleration or straying across lanes and issue warnings or alerts to take a break. Manufacturers like Volkswagen and Volvo have started offering this feature in some of their models as bonus equipment, whereas others like Mercedes-Benz have integrated this feature into their safety and assistance systems inherently.

According to CarExpert, “fatigue detection systems aim to reduce the chances of tiredness causing an accident by using sensors to monitor the driver and their driving style. Reminders to take a break are provided if fatigue is detected”.

This safety feature was created to curb accidents at intersections by providing vital information to motorists regarding their surroundings and predicted movements. This information will be gathered using sensors and used to advise the driver about oncoming hazards, helping to show the driver information about their blind spots or incidents out of their line of sight.

Initially introduced by Continental in 2018, the feature also makes it possible to warn an oncoming driver about a crossing pedestrian that is out of their line of sight, and protects pedestrians, cyclists, and supports drivers in complex intersection traffic instances.

But this feature becomes even more unique; Evo India states that it “also enables the collection of data from intersections that are often congested or accident-prone zones, cities like Bengaluru or Mumbai”.

Nothing is more superhero than a car that can predict the location of possible accidents and track the movements of those around them.

Regarded by many as a ground-breaking invention, Tesla markets this feature as an advanced safety and convenience tool that is designed to assist the driver with the most burdensome parts of driving. This includes the car’s total control over steering, acceleration, and braking within its lane at any given moment.

This feature provides more freedom and excitement to Tesla drivers, whilst displaying a Batmobile-like function at the same time.

Caruno similarly suggests that “people love driving because it represents freedom. Some may see cars as just something that gets you from point A to point B, but it’s not that straightforward. Driving can be a chance to unwind, be in our own space and refocus”.

Although autopilot currently still requires active driver supervision, this ground-breaking invention is certainly noteworthy on this list of car features that will make you feel like Batman.

Similar to Tesla’s autopilot function, AEB gives the car more autonomy and control in preventing accidents without the knowledge of the driver. In true superhero fashion, it essentially helps the car drive itself.

First adopted by Honda in 2003, AEB is a feature that is typically blended with the Electronic Stability Control (ESC) to assist in detecting objects within dangerous proximity to a moving car and helping to automatically stop. In the event that a car is traveling at a high speed towards an object, the AEB allows the car to reduce its speed to the maximum extent possible (including a complete stoppage) to minimize the impact of a collision.

According to MotorTrend, “the technology is not advanced enough to detect and mitigate every potential impact. Nonetheless, it’s proven to be a significant safety benefit – AEB is recommended by the IIHS and NHTSA”.

Next to nothing can compete with the innovation and technology present in AEB, earning its place on our list of superhero functions in cars.

A car that has a constant view of all its surroundings has the ability to help a superhero in their time of need.

At the time of writing, federal regulation in the United States requires all new cars sold in the country to have backup cameras, with other European countries highly suggesting this to other manufacturers. However, more than a few modern producers go above and beyond by incorporating a comprehensive camera array that provides a full view of a car’s surroundings.

This function helps the driver become more aware of their vehicle’s surroundings, especially when operating in enclosed places. Furthermore, it formats the video feed onto the motorist’s dashboard to allow them to manually observe the environment of their care.

Some corporations, like Tesla, use this function not only as a driving aid but also as a security measure. When the car is locked, it can be placed in security mode to record any activity around.

According to Buy A Car, “a 360-degree car camera produces a useful bird’s eye view of the surrounding area. This gives you a clearer view of where objects are in relation to the car and helps to avoid accidents in tight spaces”. They go on to suggest that the feature is highly valuable “to help increase visibility around you when maneuvering”.

Nothing screams superhero more than a car that can protect its driver – who wouldn’t want something like this so you can feel like Batman? 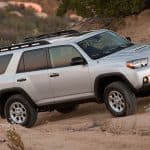 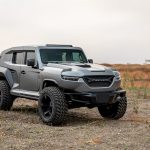 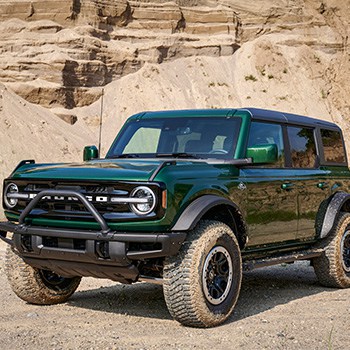