Hybrid cars almost always use less fuel than their non-hybrid equivalents, but does that mean they are a better purchase than a non-hybrid that costs less to buy? There’s more to consider about the overall cost of running a car or any other vehicle than how much gas they use and how much they cost to buy when they’re new. For example, are hybrid cars more expensive to repair and maintain than non-hybrid equivalents?

Hybrid cars are not more expensive to maintain than a gas-only equivalent when they’re under warranty and running well, and they will save you money on fuel. However, once the warranty expires, the cost of fixing a hybrid can be considerably more than a gas-only model, so there are pros and cons to hybrids you need to consider before buying.

How are hybrids different from regular models?

On the face of things, a hybrid will usually look and drive just like the same model with a conventional powertrain. Unlike EVs, hybrids are usually the same as their conventional equivalents, apart from the inclusion of a hybrid powertrain.

Many of the things that could go wrong with a hybrid are no different from the issues conventional vehicles suffer. You can have problems with the suspension, transmission, gas engine, and the same electrics you have in any vehicle, such as air conditioning, infotainment, etc.

Unfortunately, if something goes wrong with the hybrid powertrain, you’re unlikely to be able to take it to your local independent shop to get it fixed on the cheap. The battery and electric motor are on a different level to the car electrics mechanics are used to dealing with, which inevitably means a trip to a much more expensive franchise dealer could be on the cards.

Because the battery pack in a hybrid, especially a plug-in hybrid, can be ruinously expensive to repair, manufacturer warranties offer extra protection.

Today’s hybrids usually have specific warranties tailored to the hybrid system, typically for at least eight years/100,000 miles or 10 years/150,000 miles. If you’re unlucky enough to see your car’s hybrid battery die after the warranty has expired, the costs can be eye-watering. However, while a replacement battery pack used to cost as much as $8,000, the cost of a replacement today is likely to be closer to $2,000.

The cost of servicing a hybrid at a main dealer is mostly on par with a conventional gas-only car. Due to less wear and tear, some routine servicing, such as oil changes, can be less frequent with a hybrid, which means you spend less on routine maintenance in some cases.

At the moment, you’ll probably have to keep going back to the main dealer for servicing, and that means spending more than you would if you took an equivalent gas-only model to an independent garage. That extra cost probably wouldn’t wipe out the financial benefits of hybrid fuel economy over the lifetime of the vehicle completely, but it would put a big dent in that incentive to buy a hybrid.

Why do people buy hybrids?

In my experience, many people assume that the more fuel-efficient a car, SUV, truck, or van is, the cheaper it will be to own and run. It’s no wonder then that because hybrids use less gas than their non-hybrid equivalents, plenty of buyers assume it will be worth the extra cost of buying one as they’ll save money in the long run.

Of course, saving money on fuel isn’t the only reason people buy hybrids. Here are some of the most common reasons buyers choose a hybrid car over a conventional gas-only model.

Is a hybrid worth the extra cost?

Unless you drive considerably more than average miles each year, whether a hybrid is worth buying over a conventional car in purely financial terms is questionable. However, the price difference between hybrids and their non-hybrid equivalents is reducing, and some automakers offer hybrids for the same price as the gas-only version.

The RAV4 Hybrid LE AWD is more powerful and fuel-efficient than the regular model, and the hybrid even has a slightly higher maximum towing capacity. I’ve driven both of them head-to-head at a press event, and I have to say that I preferred the hybrid.

The combined fuel economy of the RAV4 Hybrid LE AWD is 40 mpg, which compares to just 30 mpg for the regular model. With regular gas costing an average of $4.10 per gallon at the time of writing, the better economy of the hybrid would wipe out the MSRP difference with the non-hybrid once you’ve driven 33,724 miles.

If you drive an average number of miles per year, the hybrid could save you enough on gas to wipe out the price difference from the regular RAV in less than two years. If the hybrid wasn’t as good to drive as the non-hybrid, that difference in fuel economy wouldn’t be enough to tempt me. But as the RAV4 hybrid is the better model on several levels, I think the extra $1,150 is well worth it.

Of course, none of that considers the extra cost of servicing and maintaining the hybrid over a more extended period. That won’t be an issue for most new car buyers, as they’ll probably trade it in and buy something else long before the powertrain warranty expires.

The big issue comes when buying used rather than brand new. Would I buy a used hybrid? Probably not, unless it was still relatively young and had a decent amount of warranty left. If the warranty had expired, for the time being, I wouldn’t touch a hybrid like that with the proverbial barge pole. 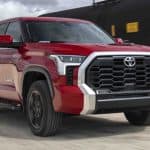 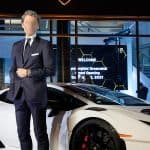