Are Modern Cars Easy to Steal?

As all areas of automotive technology continue to advance it would be easy to assume that today’s cars, trucks and SUVs would be almost impossible to steal without the key, wouldn’t you? Unfortunately, car thieves are an ingenious lot and they continue to advance their methods too, so are modern cars easy to steal and what should you do about it if they are?

If a thief has the right knowledge and equipment, modern cars can be incredibly easy to steal, and stealing them is actually getting easier rather than harder. The very technology that was supposed to make cars more secure is actually making life easier for criminals. While the very best car thieves used to take more than two and a half minutes to smash a window, break the steering lock and hotwire a car, a modern car can now be stolen in as little as 10 seconds without having to break anything.

Why are modern cars so easy to steal?

The old proverb says “the road to hell is paved with good intentions,” but nowadays it should probably say something like “good intentions have made your car easier to steal.” The reason modern cars can be stolen without the thief having to break a sweat is because the focus of car security is now almost entirely centered on electronics and software.

Thieves no longer have to overcome several physical obstacles to gain entry, start, and drive away in your expensive new car. In fact, if you gave thieves the chance to go back to dealing with car security systems from 20 years ago instead of today’s modern electronic security technology, they’d vote unanimously to stay with modern tech.

The convenience of keyless entry and push-button start isn’t just convenient for the person who’s spent many tens of thousands of dollars on the car; it also makes life a breeze for the thief who wants to drive it away for nothing.

How do thieves steal modern cars?

In the majority of cases, thieves will actually use your own key fob to steal your vehicle. There was a time when that meant they would have to pick your pocket, mug you in the street, or break into your house to get your key, but none of that is necessary anymore. Now all they need is a simple electronic device that can be bought relatively cheaply on the internet and be within a certain distance of your key fob.

What they do is detect the electronic signal your key emits with this device, which then transmits the signal to a repeater device held by an accomplice next to the car who can then open and start your car and drive it away.

There will be no sound from the alarm, no noise from having to force a lock, break a window, or from repeated attempts to get it started by hotwiring. The whole thing is as easy as if they had the key in their hand.

The first you will know about it is when you go to get in your car and find that it’s no longer where you left it.

Is it getting easier to steal cars?

Although it’s probably easier to steal a car today than it’s ever been, we are talking here about well-prepared professionals who have the know-how and the right equipment for the job with them. To be fair to modern technology, it does make it harder for the casual criminal who doesn’t come prepared with the right kit.

The worst part about all this is technology had been making stealing cars really tough for a while, but now it’s gone the other way entirely. I had a relatively cheap used hatchback about 15 years ago and the button on the key fob for opening the car had stopped working. I ordered a new plastic fob from eBay for a few bucks and swapped the metal key blade from the broken unit into the new one.

It looked like a new key and the button worked great as it opened the central locking system without a hitch. The only problem is the key wouldn’t start the car, even though it was the original key blade and it fit and turned perfectly. I assumed that as it was an old car and I hadn’t driven it for a while that the battery must be flat. I called the guys out from the local garage and they towed it down the street to their shop.

I then got a call from them about an hour later asking if I had another key for the car. I told them I’d given them the only one and then they realized the problem. They asked if I still had the old plastic fob that was broken because there would have been a microchip in it that was needed to bypass the car’s immobilizer. Thankfully, it was still in the trash outside our house, so I rooted it out and took it into the workshop.

Just as they said; the microchip was in the old fob, and once installed in the new one it started the car without a hitch. That was technology doing its job really well, but since then it’s been pretty much all downhill for car security.

Is there anything you can do to foil the thieves?

You will be glad to hear that there’s something you can do to stop thieves from stealing your lovely new car even if they do arrive in the dead of night with the correct equipment and expertise. All you have to do is keep your key fob in your house as far away from the car as possible so they can’t detect the signal and clone the code.

If you’re not sure you can get it far enough away to avoid it being detected from outside, get some sort of container to store your key fob in that will block the signal. If you can’t find an appropriate box or you’re not sure if what’s available will actually block the signal, all you have to do is keep your key in the microwave. Of course, make sure nobody turns the microwave on with your very expensive key fob inside.

It might have only cost twenty bucks to replace one of the really secure keys like the one I mentioned I had with that old hatchback earlier, but a modern fob that makes it so easy for thieves can cost hundreds of dollars for you to replace if you lose it or nuke it in your microwave. 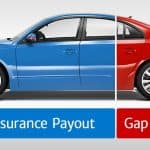 Is GAP Insurance Worth Buying?

How to Prepare Your Car for Winter Driving 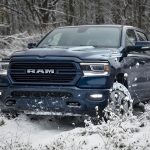