Are Right-Hand Drive Cars Legal in the US?

If you’re shopping for a car that’s a little out of the ordinary, special, or an appreciating classic, especially something imported from another country, you may well come across some that are right-hand drive. If you’re not familiar with these strange cars with the steering wheel on the “wrong” side, the first thing you’ll probably want to know is are right-hand-drive cars legal in the US?

It’s perfectly legal to buy, own and drive a right-hand drive (RHD) car on public roads in the USA, but it’s a good idea to understand the challenges and disadvantages of right-hand drive cars in a left-hand drive country like America before you go ahead and purchase one.

What is right-hand drive?

It can seem a little counter-intuitive sometimes, but right-hand drive means cars that actually drive on the left-hand side of the road so oncoming vehicles pass them on the right. Right-hand drive actually refers to the side of the car the driver sits on and where the steering wheel and other controls are therefore situated.

Why do some countries drive on the left?

You’ll be amazed at just how long ago it was when countries that drive on the left-hand side of the road made that decision to go right-hand drive. Basically, it goes back to feudal times in Europe when societies were far more violent than they are today (yes, really!) and people carried swords.

Because the majority of people are right-handed, keeping to the left meant their right arm and their sword would be nearer to any potential oncoming aggressor. Also, it’s easier for a right-handed person to mount a horse on its left-hand side, and it’s also safer to mount and dismount on the side of the road rather than in the middle with oncoming traffic.

Because it became the convention to keep to the left-hand side of the road in the days when people rode horses, the convention continued years later when motor vehicles were invented.

Why do some countries drive on the right then?

When teamsters in France and the United States in the 1700s started transporting farm produce in large wagons with no driver’s seat that were pulled by several pairs of horses, the driver sat on the left rear horse so the right arm was free to use the lash on the horses when required.

Because the driver was sitting on the left, it therefore made sense to keep oncoming traffic to the left of the wagon and horses so the driver could look down and make sure to keep clear of the wheels of oncoming wagons. To achieve this meant keeping to the right-hand side of the road instead of the left, and that’s how we ended up where we are today.

More countries drive on the right than the left these days, but Britain made driving on the left-hand side of the road mandatory in 1835, and countries that were then part of the British Empire decided, understandably, to follow suit.

Why doesn’t every country drive on the same side today?

Automakers would love it if every country was either LHD or RHD because they wouldn’t have to make models with the controls on different sides for different markets. The cost savings would be immense for the industry, and it would allow automakers to sell models in countries where they currently don’t because it’s not financially viable to produce models in limited numbers with the controls on the other side.

Unfortunately, there’s no real incentive for countries to change what side of the road they drive on, even if it would make sense in a more globalized world.

How many countries use right-hand drive vehicles?

Are right-hand-drive cars safe to drive in America?

Right-hand drive vehicles may be perfectly legal in the United States, but like any vehicle, they must still comply with all the various Federal Motor Vehicle Safety Standards and regulations stated by the likes of the NHTSA and EPA and must be properly registered.

If you are sitting in the left-hand seat of a car you are in a much better position to see past the vehicles ahead of you and see what’s coming at you from the other direction to pass you on the left.

If you are sat on the right, however, you will find yourself having to pull out into the middle of the road so you can see past the car ahead. If something is coming at speed as you pull out to have a look it’s not hard to understand why you are so likely to be involved in an at-fault accident in those circumstances.

Are all American vehicles left-hand drive?

For example, US postal workers operating in rural areas are issued with right-hand drive vans as standard practice. Because they are getting in and out so frequently it makes sense for them to be exiting the vehicle onto the sidewalk rather than into the middle of the road.

Also, you’ll find some street-cleaning vehicles are right-hand drive because they are designed to suck up trash and dirt from where the sidewalk meets the road. It makes it easier if the driver can see what they’re doing and that means they need to be located on the right of the vehicle next to the sidewalk.

How do you get a right-hand drive car in the US?

There are several ways you can get your hands on a right-hand drive car in the US. You can find your dream car for sale online abroad and import it yourself, but that will mean finding an exporter, sorting out the actual shipping, and navigating the extensive documentation required for legally importing a vehicle into the US and paying any applicable duties.

A much easier way would be to go and buy one from a company that specializes in imported vehicles so all the work is done for you and it will be just like buying any used car from a regular dealer.

Another option would be to buy from an auction, but that will be a little less straightforward than buying from a specialist dealer/importer as you could be able to buy something but not be able to drive it in the state where you live without some additional work and possibly considerable expense.

Why would you want a right-hand drive car in the US?

If you find yourself buying or bidding on a right-hand drive car in America it will almost certainly be because you want that particular car and it happens to only be available in right-hand drive.

The most obvious example would be a JDM car like many of those features in the “Fast and Furious” movie franchise. JDM stands for Japanese Domestic Market, so a JDM car is from a Japanese manufacturer that was built for the domestic market. As Japan drives on the left-hand side of the road, JDM cars are right-hand drive.

Another reason you might buy a right-hand drive car is if you are buying a foreign classic. If you go to a high-end auto auction such as Sotheby’s you will regularly see classic British cars for sale that are obviously going to be right-hand drive.

The entire dashboard is designed, built, and configured for driving on a certain side. If the car you’ve bought has been produced in a left-hand drive version elsewhere in the world you might be able to order the correct dash.

But if there has never been a left-hand drive version you’re going to have to manufacture one or get one made for you. Surely it would be better to choose another vehicle to buy in the first place than to go through all of that hassle and expense?

Should you buy a right-hand drive car in the US?

It would have to be a pretty special car that I absolutely had to have if it was one with the steering wheel on the wrong side. I understand why a collector would buy something rare and expensive like that, but it’s unlikely someone in those circumstances would be buying it to use as a daily driver.

I’ve driven right-hand drive cars in left-hand drive countries and I can assure you that the novelty quickly wears off.

If most of your driving is going to be on multi-lane highways and you are talking about something like a Mitsubishi Evo or Nissan Skyline I could sort of understand it. You can probably pick one of these mass-produced supercars up for pretty reasonable money, and in America, you can legally pass on either side of other vehicles on the highway.

Apart from that and the collector reason for buying a car with the steering wheel on the wrong side, I’d say they are more trouble than they are worth. 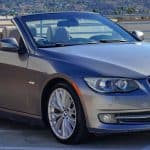