The rise of the SUV has been an interesting trend to observe. It’s almost as if manufacturers are trying to convince people that these trucks, crossovers, and wagons are something else entirely. After decades of advertisements for smaller cars as being more reliable, safer, cheaper to own and run, and more eco-friendly, the pendulum has swung so far in the opposite direction that some SUVs now qualify as compact cars. But what exactly is an SUV? And are SUVs safer than cars? Let’s take a look…

According to recent research, SUVs have been shown to be considerably safer than sedans and other types of cars. In fact, a driver or passenger is at least 50 percent more likely to survive a car crash without suffering serious injuries in an SUV than they would have been in a sedan in the same accident.

Although it appears to stand to reason that a bigger vehicle will be safer than a smaller one, there could be far more to it. For example, SUVs and crossovers and much more popular than cars these days. That means a larger percentage of newer vehicles on the roads are likely to be SUVs with the latest safety technology, so many of the cars involved in accidents could be older models without some of that driver-assist tech.

Of course, if a Chevy Bolt is involved in a collision with a Suburban, you’d certainly want to be in the Suburban rather than the Bolt. Sheer size does matter in such situations, but what if the driver in the Suburban wasn’t wearing a seat belt and the driver in the Bolt was? In that case, the Bolt driver might come off best and the statistic would show the Bolt had been safer in that particular collision.

There’s no technical definition of an SUV, but it used to be widely accepted that a vehicle with four-wheel drive, a higher ride height, and a body-on-frame construction was an SUV. That alone would make the category pretty wide, and that’s before accepting that SUVs can range from large, well-equipped family vehicles to large or medium well-equipped off-roaders with less accommodation for passengers.

CUVs usually have the higher ride height and rugged appearance of a full-blown SUV. But instead of a truck-based, ladder-frame construction, crossovers are built on a unibody platform to deliver a much more car-like driving experience. This usually means reduced off-road, towing, and hauling capability, but what does it do for vehicle and occupant safety?

Are SUVs more likely to crash?

There’s no doubt that SUVs look like they can take a beating and you’ll remain safe inside, but the real question is, “Are they more likely to get into a serious accident?” The short answer has to be a qualified, “Yes,” but the longer answer needs to be, “Yes, but only if the owner drives them like a car.”

There are a few factors to consider:

A higher center of gravity: This means SUVs are more likely to roll over in a corner. That’s why many SUVs now come with an electronic stability control system that applies braking to the wheels to help keep your vehicle on the road.

Increased blind spot: The larger front end of SUVs and taller stance means they tend to have a larger blind spot than a car. Ensure you check your mirrors carefully before changing lanes, of course, and lots of SUVs and crossovers are now available with blind-spot monitors to alert you to potential hazards in those blind spots.

A bigger target: SUVs are often bigger and heavier than cars, which means they’re more likely to be hit by another vehicle, but this probably doesn’t have much bearing on occupant safety. After all, semis are much bigger still, and you wouldn’t say they’re more dangerous for the driver and passenger than a car, would you?

Why are SUVs Safer?

There are two main reasons why SUVs are safer than cars. First, the larger and heavier body allows for more crumple space to absorb the impact of a crash, which helps to reduce the risk of injury to passengers. Second, many SUVs are also equipped with all-wheel drive, which helps to increase grip on slippery roads to help prevent some accidents from happening in the first place.

Finally, while SUVs are generally safer than cars in a crash, they are also generally more expensive to repair after one. This is due to the higher ground clearance of SUVs, which results in different impacts and forces on the vehicle during a crash.

You can find the results of crash tests for any vehicle on the National Highway Traffic Safety Administration’s website. SUVs, like all vehicles, come with a star rating based on their performance in frontal crashes, side impacts, and rollover incidents.

Here are the SUVs that earned the full five-star rating for overall safety for the 2022 model year from the NHTSA.

Cars vs. SUVs in head-on crashes

In a study produced by the NHTSA, about head-on crashes between SUVs and cars, the research showed a car driver was 7.6 times more likely to die in a head-on collision than someone driving an SUV. Even when the car involved had a higher crash-test rating than the SUV, the driver of the car did have a better chance, but they were still four and a half times more likely to die than the driver in the SUV.

Researchers have therefore concluded that at least as far as head-on crashes are concerned, the vehicle type is better for predicting survival chances than the official safety ratings. This goes to show that you’d be wrong to assume that an impressive crash-test score is in any way a guarantee of safety. However, there’s still plenty more to choosing a safe vehicle than simply going for the biggest.

According to the renowned and highly respected Insurance Institute for Highway Safety (IIHS), frontal crashes are responsible for almost 50% of all passenger vehicle deaths on American roads.

Are All SUVs Created Equal?

As you can see, many SUVs do very well in crash tests. But there are some important factors to keep in mind when comparing crash test results. The first is that the vehicle used for the test is not necessarily the same as the model you’re looking at. In fact, the test vehicle may not even be available in the market anymore. Also, some of the top ratings only apply when a vehicle is equipped with certain features that may not be standard across the range.

Additionally, the test results are based on a new car. If an older car has low-quality repairs, it may not perform as well in a new crash test. You should also consider that the test results do not tell you everything about the car. Even a “poor” SUV could have better crash test results than much more expensive cars. The point is that you should evaluate all the important factors when making a car purchase.

It’s easy to fall into assuming that just because a vehicle is an SUV or crossover it will always be safer than a car, but that’s not always the case. On the other hand, an SUV with a four-star NHTSA rating could be safer than a hatchback with a five-star rating in many cases. It depends on the circumstances of the incident.

The rise of SUVs is a strange phenomenon. There’s no doubt that SUVs are more capable than many modern cars when it comes to off-roading and there’s more cargo volume inside due to the higher roof. But for city driving, SUVs have some significant downsides. Cars are often much better at fuel economy. All cars, even large sedans, are usually more efficient than SUVs of a similar size.

SUVs also tend to be more expensive to purchase than cars. There are several reasons for this. If an SUV is bigger than a car you’d probably expect to pay more, as long as you weren’t comparing a basic, mass-market SUV with a high-end luxury sedan. But I could cite plenty of cases where an SUV is comparable to an equivalent car as far as passenger and cargo volume are concerned, and the SUV is still considerably more expensive. This is just the manufacturer taking advantage of the market and knowing they can get a higher price for a more desirable SUV.

A lot of cars are coming to the end of their production runs as they get dropped for more SUVs, so there are bargains to be had on existing inventory that you won’t get with an SUV.

City driving is also more difficult in SUVs because of their larger overall size. Parking and lane changes are more of a challenge in SUVs than in cars. Some SUVs are also notorious for larger blind spots, which makes them especially difficult to drive in city traffic.

The bottom line is that SUVs do generally offer some safety advantages over cars, but only if you drive them in a way that takes these advantages into account. If you drive SUVs like a car, you may be at a greater risk of a serious accident.

It’s also important to recognize that no vehicle, regardless of how good its safety ratings are, is perfectly safe. Even if you drive a modern SUV, there is always room for improvement. The best way to stay safe on the road, whatever you drive, is to drive defensively.

Sitting in an SUV with all that real estate around you is likely to give you an increased feeling of safety. But you don’t want to put that feeling to the test by taking safety for granted. 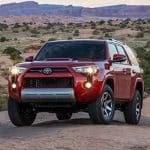 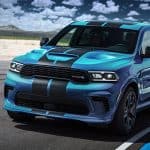