There is a plethora of vehicles with cult-like followings, ranging from the Shelby Ford Mustang, and Chevrolet Corvette to Porsche Lamborghini Miura! While all these cars have been around for quite some time, not all well-received cars have such a long history. You may be surprised to hear that Subaru WRX commands arguably the largest, highly enthusiastic, group of hardcore fanatics. This beautifully-crafted, rally-inspired, versatile car has a lot to offer buyers with different vehicle desires. The WRX provides its owners with a fabulous blend of performance and practicality, making it one of the highly sought-after cars. For those of you who might be interested in this fantastic machine, this article discusses what to look for when buying a used Subaru WRX!

A brief history of Subaru WRX

Whether you are looking at this high-performance vehicle from an everyday-use perspective, or for the thrills of extreme capabilities, there is a lot to admire about the Subaru WRX. The WRX is not only a gorgeous-looking car, but a versatile device that seamlessly combines a nod to the rally culture with today’s technology.

Along with its practicality and power, the WRX also boasts great handling. Generally, it’s a well-balanced car that smoothly negotiates corners due to its active torque vectoring and suspension. It is well-grounded, and all trims feature all-wheel drive, making it great in both rough terrain and poor weather. Below is a brief history of this iconic Subaru model.

With nearly three decades of history, the WRX continues to perform at the highest level and people just can’t have enough of it. In Japanese, the name Subaru means to bring together, or unite’. The name was used to represent the merger of the five firms that came together to form Fuji Heavy Industries. Initially, the company was manufacturing passenger vehicles, but it was not until then when it joined the World Rally Championship that its turbocharged cars caught peoples’ attention.

The WRX trim was officially launched in 1992 and featured a rally-inspired tech, a relatively stiff suspension, an all-wheel-drive viscous center, and a 2.0-2.2L 210-280 HP turbocharged engine. The company would later introduce Impreza 555 two years late to take part in the Global Rally Championship.

This new model benefited from suspension, transmission as well as engine upgrades. Another version of the Impreza, the STI 555, which was road-legal, was also made available. It boasted an improved intercooler, forged pistons, carbon fiber strut bars, and numerous drivetrain upgrades.

The 2nd generation Subaru WRX STI Impreza debuted in 2000, with a somewhat controversial style approach being the most notable alteration. Because this generation was received well as anticipated, two further revisions were made to boost the overall appeal. The first upgrade was conducted in 2003 and was nicknamed the Blob Eye whereas the second one, referred to as the Hawkeye, was carried out two years later.

The latter was arguably Subaru’s most potent version, providing a 300 HP 2.5 L turbocharged boxer engine and reliable 6-speed manual transmission. In the motorsport arena, the company continued to enjoy some success, winning both the 2001 and 2003 World Rally Championship Drivers’ titles!

The third generation of WRX was introduced in 2007. And while it had a fairly large body, meticulously crafted vibration, noise, as well as safety features, meant it more or less matched its predecessor’s expectations. Whereas its rear suspension had a multi-link construction design, the front one featured McPherson struts. The suspension underwent massive improvements to make it more performance-oriented.

The engine, too, received partial tweaks, and could now deliver 265 horsepower. It’s also worth noting that WRX STI arrived in 2008, and was offered only as a hatchback. It was relatively wide and the suspension components were made of aluminum.

The fourth-gen WRX was introduced in 2014 and is largely considered an entirely new model. It marked the removal of the WRX and its STI counterpart models from the Impreza brand. To a larger extent, however, this new model still shares an overall design with the previous model with the only difference being a somewhat unique front end and rear quarters.

The most significant change was under the hood, where the new WRX was now fitted with a 2.0 L boxer engine, replacing the outdated EJ20! It also had a dual-scroll turbocharger installed in the lower front of the engine for improved weight distribution. There are two transmission options, including a CVT with paddle shifters and a six-speed manual transmission.

The company unveiled the 5th gen Subaru WRX in 2022, with significant changes being made. The 2.0 L engine was replaced by a relatively large turbocharged 2.4 L 258-cu-in 271 HP engine. Output is channeled to both axles through either a continuous variable or six-speed manual transmission with an 8-speed manual mode by using the paddle shifters on the steering wheel.

Inside, the WRX looks strikingly similar to other contemporary Subaru models, except that it is dressed up with carbon-fiber-like accents as well as red contrast stitching. In terms of safety, the WRX comes equipped with plenty of popular driver-assistance technology, but such features are only available on the models with automatic transmissions.

And while the latest WRX is an absolute upgrade on the previous models, thanks to its excellent handling, highly comfortable, more powerful engine, and well-bolstered seats, it does have a few demerits, including subpar fuel economy, small trunk, and noisy performance!

There is no doubt that the WRX remains one of the most coveted cars globally. The vehicle’s engine power and sleek design are nearly unmatched by cars at the same price point. But be warned, not all WRX Subaru models are crafted equally. This implies that certain model years may perform better than others. As experts, we recommend choosing any of the following WRX model years when shopping

As you may have seen, the WRX models from 2017 to 2020 are all great choices. They don’t have any significant lingering issues to worry about. What’s more, you won’t have to incur any more than you would on regular maintenance on any other reliable car!

What Subaru WRX model years should you avoid?

As already explained, most WRX model years will guarantee those enjoyable, much-spirited cruises you crave without suffering any major dependability problems. However, there are certain WRX model years you certainly want to stay away from, including:

2015 and 2016: These two-year models of the WRX should be avoided at all costs! This is because according to various consumer reports, these cars suffer some of the worst possible problems any Subaru model could experience. In particular, clutch pedal issues were reported by numerous owners.

What’s more, there were numerous complaints regarding the engine, transmission, and drivetrain. It’s worth noting that the 2015 WRX has two safety recalls that involved the turbo intake duct stopping the engine and the subwoofer cable overheating and catching fire. The 2016 WRX also has two recalls, involving its automated emergency braking system and turbocharger air intake duct fracture problems.

How reliable is a Subaru WRX?

If you are buying a used WRX, chances are that your preferences would gravitate toward robust and reassuring craftsmanship. Unfortunately, this likable Subaru model doesn’t boast the best reputation for reliability! Overall, the vehicle has an approximated reliability score of 7 out of 100, which is considered average according to J.D Power.

How does the WRX perform in terms of fuel economy?

Simply put, fuel efficiency isn’t WRX’s strong point. The vehicle is rated by the EPA to offer 22mpg combined with the manual transmission and 21mpg with the CVT automatic, which is optional.

What is the average cost of a used WRX Subaru model?

Because there are many model years to choose from, the WRX vehicles don’t have a fixed price. In general, you’ll have to fork out between $8,000 and $120,000 for a used car. Of course, many factors come into play, ranging from vehicle mileage, and current condition to model year and location!

Does the Subaru WRX hold its value?

The WRX has a reputation for being a solid purchase. Research shows that overall, this exciting machine leads the small cars category with the lowest depreciation rates. To be more precise, a Subaru WRX will depreciate 22% after 60 months, and have a 60-month resale value of around $28,000!

Should you invest your hard-earned cash in a WRX?

When it comes to a versatile car that can deliver a practical performance for all-purpose driving that guarantees extra grip, control, and more fun, the Subaru WRX is hard to beat! You will appreciate this AWD-equipped sports sedan’s impeccable traction and agile handling. Also, compared to its competitors in the same category, it’s relatively affordable.

But like any other vehicle, the WRX does have its fair share of problems, most of which we have highlighted in this article. Regardless, there is a model year to fit your unique preferences, needs, and budget. You only need to take into account the best and worst years of the model and you’ll boost your chance of getting a top-quality car that will serve you for an extended period! 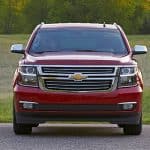 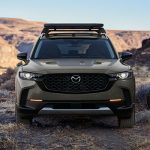 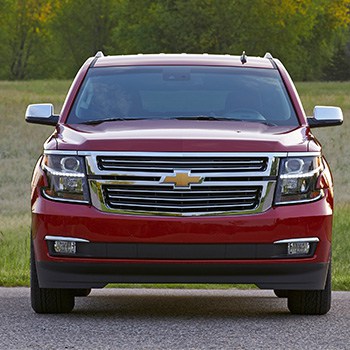 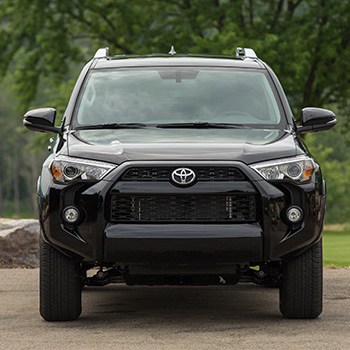