Can a Muscle Car Have 4 Doors?

Some people will be quick to tell you that there’s no such thing as a 4-door muscle car because they have to be exclusively based on intermediate platform two-door sedans, coupes or convertibles, but others may beg to differ. So, can you have a 4-door muscle car or do rear doors make a car something else entirely? Let’s take a look at both sides of the argument.

There is no legal definition of how many doors a car can have to be called a muscle car, and it’s therefore perfectly acceptable to call a four-door performance car a muscle car if that’s what you want to call it. Some purists and enthusiasts will try to claim otherwise, but nobody can stop you from referring to your powerful four-door sedan or coupe as a muscle car, just like they can’t stop you from calling it Brian or Trevor if that’s what you want to do.

What is a muscle car?

There’s no getting away from the fact that muscle and sports cars have an awful lot in common as they are all usually fast, cool-looking, and undeniably appealing to a lot of drivers. There’s no arguing that the vast majority of both also have two doors, but does having two extra doors rule a car out from being classed as a muscle car?

I’ve already covered some of this in a recent article about the difference between pony cars and muscle cars, but this thing about the number of doors a car can have to be considered a true muscle car keeps coming up.

I’m not going to argue that two-door cars don’t look cooler and sportier than their four-door equivalents most of the time, but there are plenty of four-door American cars that I think deserve to be considered muscle cars. In fact, if some of these cars are not muscle cars then it’s hard to think of a category they do fit into.

I will concede, however, that it’s hard to come up with many examples of classic cars from the 50s, 60s and 70s that have four doors and could be considered muscle cars, but there are a number of relatively recent cars that can be.

As the years have gone by, the lines between different car segments have become more and more blurred. We now have SUVs that have coupe rear-ends, compact cars that have more room inside than some midsize cars, full-size electric pickup trucks, and sports cars that have a hatchback.

There are plenty of cars that I can present as evidence for the defense to prove that muscle cars can have 4 doors, so that’s exactly what I’m going to do.

It’s always a good idea to start with your strongest player first and that’s exactly what I’m going to do here. I cannot imagine how anyone can make an argument against the Dodge Charger being a genuine, 100%, bona fide muscle car. I mean, come on guys!

Just look at it. And I’m not just talking about the Hellcat here either. There’s no such thing as an underpowered or mild Dodge Charger, and of course, I’m talking about the sixth generation onwards as even the Charger was a two-door before then.

Not only are the sixth and seventh-generation Dodge Chargers genuine muscle cars, but they’re also pretty sensational cars whatever you want to call them. There’s very little out there that can rival a Charger from 2015 onwards when it comes to looking aggressive, and they also have the engines and performance to back up that aggressive styling.

Surely, the only thing that could possibly stop anyone from classing the Cadillac CTS-V as a four-door muscle car would be an inherent prejudice against anything with four doors being called a muscle car. This thing is an absolute beast, and before the exterior styling got toned down a little recently it has to have been one of the most aggressive-looking cars around.

The Impala has had its muscle car moments over the years, although admittedly, for many of those earlier years it too was a two-door. However, I’ve watched every single episode of “Supernatural” on TV and nobody is going to tell me that Dean Winchester’s black 1967 four-door Chevy Impala isn’t a muscle car in every sense of the term.

There was also a period in the mid-1990s where there was a four-door Impala SS that I think met the muscle car criteria, and I would even make a strenuous claim for the last generation of Impala in SS form to be considered. On the latter though, I will concede that there was no V-8 option, and even I have to question whether a car can be a muscle car if it doesn’t have a V-8 under the hood.

It’s big, brash, fast, American, and it has a great big V-8 under the hood, so what else could the Chrysler 300C be other than a muscle car? Okay, I suppose the same could be said of the Cadillac Escalade too, but I’m sure you know where I’m coming from here. The 300C is as all-American as mom’s apple pie and the Star Spangled Banner, and apart from the number of doors it has, it just about fulfills most of what it takes to be considered a muscle car.

If you take the time to trawl through the annals of automotive history there are other contenders that deserve an honorable mention as potential four-door muscle cars. These contenders include the likes of the Rambler Rebel V-8, Dodge Coronet Hemi, Pontiac Bonneville, Ford Galaxie 500 427, Ford Taurus SHO, and possibly the Buick Regal GS.

Does it really matter anyway?

Let’s be honest. Does it really matter if a car is considered by the masses to be a four-door muscle car, a pony car, a four-door sports sedan, or even a grand tourer? All that matters is that you like it and enjoy it, and that’s what it’s all about at the end of the day.

Even so, I’m still not having it from anyone that the Dodge Charger isn’t a muscle car. 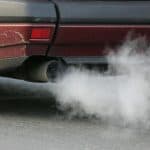 Is Idling Bad for Your Car?

What You Need to Know About Buying a Used Chevrolet Colorado 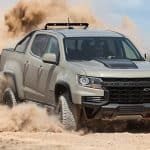