Can You Live Without Heated and Cooled Cup Holders?

When I wrote an article recently about a feature on a car that I used to consider unnecessary, but then grew to love once I had it for a while, a friend of mine read it and told me about another one. My friend said he had a colleague who had heated and cooled cup holders in his Dodge Charger and he wouldn’t be without them, so are they worth having or are they a feature you really can live without?

What are heated and cooled cup holders

Heated and cooled cup holders in a vehicle are just like normal cup holders, except instead of just holding your drink you can set them to keep it hot or cold as appropriate. Perhaps the best part about them is they can usually do both so you don’t have to choose whether you want a cup holder to do one thing or the other.

Let’s face it; if you live in the northernmost reaches of the US or in Canada you’re probably going to want a hot coffee in your car a lot of the time, but it would also be good to be able to keep a can or bottle of soda cool in the summer. If you could only have one or the other it could be a bit of a tough decision to make, but thankfully you don’t have to as you really do have the best of both worlds with this particularly non-essential feature in your vehicle.

Temperature-controlled cup holders are the sort of feature you’d expect to first appear in the most expensive, high-end vehicles and then filter down into mass-market cars, but they actually started appearing in regular vehicles at almost the same time as luxury manufacturers started to offer them.

How do heated and cooled cup holders work?

Heated and cooled cup holders are a bit like a powered thermos because they combine an insulated liner with one or more thermoelectric devices to keep the liquid in your cup or bottle at the desired temperature. While the insulation alone would go some way to keeping a drink warm or cool, the active nature of heated and cooled cupholders makes them much more effective.

The holders themselves are plastic, but inside they have electrical elements that are powered by the vehicle’s electrical system. The units usually come as a pair and the driver and passenger don’t have to have the same temperature. If one wants a cold drink and the other wants a hot one the two cup holders work independently so one can cool while the other one heats, which in itself is pretty cool, isn’t it?

Heated and cooled cup holders wouldn’t be fitted in cars unless they were safe, although any in-vehicle electrical system has to be respected, especially one where heat is a factor. They’re operated by the press of a button so you can turn them on and off as required, but they stop working when the vehicle’s ignition is turned off so you don’t have to worry about remembering to turn them off when you leave the car.

Of course, there are some safety concerns you have to consider, just as you would with anything that generates heat. It’s not a good idea to stick your hand or fingers in a heated cup holder when it’s on, and you should make sure the kids don’t put something in there that shouldn’t be in there.

I could go as far as saying you shouldn’t put a container with a flammable liquid in it into a heated cup holder, but I could also say you shouldn’t jump out of your vehicle when it’s moving at 80 mph on the highway, couldn’t I?

A more likely hazard with heated cup holders is the mess that could be made if one of your little darlings puts something like chocolate in there. It might not be a safety concern, but it would certainly cause a mess you probably wouldn’t look forward to cleaning up.

How long have heated and cooled cupholders been around?

It appears that the first vehicle to have heated and cooled cupholders was actually the 2007 Chrysler Sebring, although it’s hard to say definitively what the very first instance of the technology being deployed was. The 2007 Sebring cup holders could heat up to 140 degrees Fahrenheit or cool to close to freezing point at 35 degrees Fahrenheit.

Chrysler has a bit of a track record in this area as it happens, and that’s because the 1984 Plymouth Voyager minivan is believed to have been the first vehicle to feature any form of cup holder.

The 1984 Plymouth Voyager had small depressions in the center console that were designed to accommodate 12-ounce coffee cups, although they were definitely not heated or cooled at that time.

Before heated and cooled cupholders became a thing, some luxury vehicles offered buyers the option of a cooled compartment. Some manufacturers went down the route of a cooled glovebox, while others chose to build a cool box into the center console. I remember selling a Range Rover back around 2004 that had a cooled glove box, but I have to admit its functionality was notably underwhelming.

Which cars have heated and cooled cup holders?

It might come as something of a surprise that there aren’t as many new vehicles that come with, or even offer the option of, heated and cooled cupholders as you might imagine. You will find them in several high-end vehicles such as the Tesla Model S and some Mercedes-Benz SUVs, but they’re not as common as you’d imagine and even those manufacturers that do fit them don’t make a big deal of them.

I’ve just been searching through some brochures and I see that the 2021 Mercedes-Benz GLE is available with heated and cooled cupholders, but even then, they’re only standard in the range-topping AMG GLE63 S and they’re an option in all the other GLE models. The smaller and cheaper (but still very expensive) 2021 GLC models don’t even have the option of heated and cooled cup holders!

Aftermarket heated and cooled cupholders are available, but they’re pretty large, ugly and ungainly things that certainly don’t look as though they are part of the vehicle. Most are designed to sit inside existing vehicle cup holders and the heating and cooling element is powered by plugging a lead into the vehicle’s 12-volt outlet or cigarette lighter.

If you really, really do want to be able to cool or heat your drink while you’re on the go then these aftermarket solutions do work, but the fit could be a bit hit and miss and they’re not something I’d be too happy with having in my car. If you have an old junker then they’re fine, but would you really want to put one of these ugly things into your $60K Mercedes coupe?

If I’m honest, I really do struggle to understand why heated and cooled cupholders are not standard in vehicles of all types and in all price ranges these days. If your vehicle comes with cup holders, which almost every new vehicle does these days, why wouldn’t you want them to be able to heat or cool your drink?

The technology is proven, cheap, and uncomplicated, so the only reason I can think of why heated and cooled cupholders are not as common as air conditioning these days is because maybe automakers think there’s some sort of potential safety issue.

I suppose a liquid slopping about in a moving vehicle that’s heated to 140 degrees Fahrenheit (60 Celcius) could represent some sort of accident risk. But if that was the issue, why are there any cars out there with heated and cooled cup holders?

Personally, I love the idea of heated and cooled cupholders and I might even choose one vehicle over another if it had them. I’m not bothered about the heating bit as I’m not a big coffee drinker, but being able to keep a can or bottle of soda properly cool while driving in hot weather is something I could really get used to. 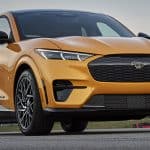 How Much Less Than MSRP is a Good Deal on a New Car?

Do Diesel Engines Take Longer to Warm Up Than Gas Engines?