Do Diesel Engines Take Longer to Warm Up Than Gas Engines?

Although Americans have started to warm to the idea of diesel engines in trucks, they’ve never taken to them in cars and SUVs the way consumers did across the pond in Europe. There are pros and cons to diesel engines, of course, and it’s certainly true that they can quite different from their gas-powered equivalents. If you’ve never driven a car with a diesel engine there are several things you might want to know about them, and one question you might have is do diesel engines take longer to warm up than gas engines?

Diesel engines do take longer to warm up than their gas-powered equivalents, but this is down to diesel engines being larger than gas engines rather than the different fuels. Diesel engines tend to be bigger with a heavier block, thicker rods, etc. Diesels also hold larger volumes of oil and coolant and the engine runs a fuel/air ratio that’s twice as lean as a gas engine.

Why do petrol cars warm up quicker than diesel?

Gas engines warm up faster than diesels because they are considerably less thermodynamically efficient than their diesel equivalents, especially when idling. Diesel engines are much better at converting their fuel’s energy into mechanical energy, and that means they reject less heat to the cooling system than a gas engine does. This is illustrated by there being less heat wasted out of the tailpipe of a diesel compared to a gasoline engine.

Why does it matter that a diesel takes longer to warm up?

A diesel-powered vehicle taking longer to warm up than a gas-powered engine matters when you are somewhere particularly cold because it can take quite a while for the cabin to be heated up to a comfortable temperature. It will also take longer for your windows to defrost as your airflow system will be blowing out cold air for longer before it gets warm if you have a diesel engine than a gas engine.

Although it’s not much of an issue, you have to wait a few moments before firing up an older diesel engine while you can jump in a petrol vehicle and start the engine right away. This is because you have to wait for the glow plugs to get hot enough to ignite the diesel, so starting a diesel vehicle often requires a two-step ignition process.

The very latest modern diesels are much more technologically advanced, however, and my last Mercedes C-Class started just like a gas-powered version would with a single press of the start button.

Are diesel engines better in warm or cold climates?

In general, diesel engines work and perform better in warm climates than they do in cold climates, although diesel powerplants tend to be tougher, more durable, and more reliable than gas engines in most environments. Diesel freezes quicker than gasoline as gasoline has a lower freezing point than diesel, and the paraffin in diesel fuel begins to thicken at 32 degrees Fahrenheit leaving the fuel looking cloudy.

Diesel engines are at their most economical in hot weather because there’s less friction to overcome and that means less fuel is required. The compressed fuel/air mixture ignites easier when it’s warm so the fuel system doesn’t need to inject as much fuel into the cylinders to compensate.

What are glow plugs and what do they do?

Glow plugs are heating devices used to assist in the starting of diesel engines. As it can be hard to start high-speed diesel engines in very cold weather due to the mass of the cylinder block and the cylinder head absorbing the heat of compression and preventing ignition, pre-chambered engines have for a long time used small glow plugs inside the pre-chambers.

More modern diesel engines are now direct-injected, and these engines have their glow plugs located in the combustion chamber itself.

Many older diesel vehicles have a two-stage ignition system where the first part is initiating the glow plugs and the second part is where the pressurized fuel is injected into the cold cylinder and ignited by the glow plug.

Modern diesels do not require glow plugs or any additional starting aid, but those older units that do operate using glow plugs can need as much as 20 seconds to elapse after the first turn of the ignition before the glow plug light on the dash goes out to signal that you can now fire up the engine.

Even if a diesel engine does use a pre-heating system like glow plugs, if the engine is warm enough or if it has been running quite recently you won’t need the glow plugs to warm up to start the engine so you can just start it instantly like a gas engine.

Are diesel engines better at high altitudes than gas engines?

Turbo diesels add more air to the combustion chamber, and the more air that can be added also means more fuel can be added. At altitude, a diesel engine being able to pull in more air and more fuel than an equivalent gasoline engine inevitably means more power can be produced.

You’ll see very powerful gasoline-powered cars struggling in the mountains while diesel cars and trucks will effortlessly zip past them. As it gets colder and colder the higher up you get into the hills or mountains and diesel engines perform better than gas at altitude, it can be easy for drivers to assume that diesel engines are better in the cold than gas engines.

The superior performance of diesel vehicles in these conditions is despite the temperature rather than because of it. It’s the altitude that’s helping the diesel perform better and not the temperature.

Can you make a diesel engine warm up faster?

The best way of helping a vehicle with a diesel engine warm up faster is to keep it somewhere warm and try to avoid it being exposed to snow, ice, and freezing temperatures. If you have a garage or barn you can keep your diesel vehicle in when it’s cold outside then that can help a lot. If you have some form of heating in there, even if you only put it on for a while before you go to use your vehicle, that’s even better.

On a cold morning, all you have to do is press the button if you’re within range and the system will start the heater running from the battery. As well as the cabin being nicely warm for you when you get in, the engine will also start more easily.

Should you buy a used diesel vehicle?

As I said at the start of this article, there are pros and cons to diesel engines. The diesel-powered vehicles you can buy today are infinitely better than diesels of a decade ago or more, but some of the arguments for owning a diesel have actually weakened recently.

European governments massively pushed diesel as a better alternative to gasoline (petrol over there) because diesel engines produced fewer carbon dioxide emissions. While it’s still true that diesel-powered vehicles produce less CO2 than gas-powered vehicles, what those European governments overlooked was all the other noxious stuff that comes out of the tailpipes of vehicles powered by diesel engines.

While we are constantly battered by the mainstream media about how our carbon emissions are going to bring about the end of days in the next half an hour or so, they now admit the other stuff that comes out of a diesel engine is even more polluting and poisonous than CO2.

Unfortunately for Europeans, their governments only came to this startling realization after years and years of incentivizing drivers to ditch gas and buy diesel cars. Now they’ve reduced and reversed those incentives and diesels are no longer desirable.

Sales of new diesel vehicles have collapsed and used prices have reduced dramatically, and this has left a lot of European drivers severely out of pocket.

In America, however, state and federal authorities never copied the “dash for diesel” their European counterparts so wholeheartedly embraced. Therefore, the cases for and against diesel engines in American vehicles are a lot more straightforward and are based purely on performance and suitability for the particular application.

Basically, diesel engines with their massive amounts of torque are fantastic for trucks and towing in general, but forget about them for your average family vehicle unless you live up a mountain. 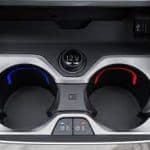 Can You Live Without Heated and Cooled Cup Holders?

What to Look Out for When Buying a Used Volvo XC40 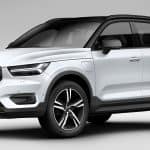