Do Exotic Cars Depreciate in Value?

Exotic cars cost a lot of money to buy and that’s just a fact of life. Lots of people who love exotic cars think they will never be able to afford one as they often cost astronomical amounts of money to buy when they’re brand new, but what about used exotic cars? Do exotic cars depreciate in value the same way ordinary cars do, and if they do, does this mean they eventually become affordable for people with more modest incomes?

As a general rule, exotic cars depreciate in value just like most other cars in the early years, and depreciation in the first year can be huge. However, unlike normal cars, exotic cars can eventually get to a point in their life where they stop depreciating and actually start to appreciate, but only as long as they’ve been meticulously maintained and haven’t done too many miles.

If you’ve visited my site before you’ll probably know that I tend to talk most of the time about more affordable cars, but I do know that a lot of car enthusiasts dream of one day being able to own the car of their dreams and that will only ever happen if they buy used.

There’s an awful lot more to think about and consider when it comes to buying used exotic cars, especially if you’re stretching your budget to its limit to be able to afford one.

I was always going to get around to covering exotic cars, supercars, and hypercars eventually, but the guys at thatsanicecar.com reached out to me and asked if I’d like to check out their site.

Now, I get approached all the time by other businesses trying to collaborate with me and my website but I rarely get involved. In this case, however, I checked out their site and I really was impressed. If I was going to buy a used exotic car I’d be much more confident buying from a seller on a site like this than going through something like Auto Trader.

How Much do Exotic Cars Depreciate off the Lot?

The vast majority of exotic cars lose a big proportion of their value as soon as they drive off the lot, and it’s not unusual for an exotic car to be worth $100,000 less than the initial selling price the moment its new owner takes possession.

For example, a brand new Lamborghini Aventador costs from around $517,000 but a used example will go for something like $416k after a year and 3,000 miles. To be fair, in terms of percentages, that’s not bad compared to most mass-market cars which can lose a good amount more of their value in the first year than 20%.

What you need to understand before you even start to consider buying a used exotic car is there are huge variations between different models and different brands, and while some have values that drop like lead balloons, others can be nowhere near as bad.

Of course, there are also many different levels of exotic cars and some brands and models go in and out of fashion just like any other product. Will an Aston Martin depreciate more than a McLaren or will a high-end Porsche hold its value better than either?

On top of that, there is always rarity to consider too. A McLaren 720S will lose a big chunk of its value as soon as it is sold new, but good luck getting a McLaren Senna without having to pay hundreds of thousands of dollars or even millions of dollars more than its original sale price.

How many miles do exotic cars last?

There’s no reason why an exotic car wouldn’t last for 200,000 miles or more like any mass-produced car as long as it was looked after and properly maintained. In general, exotic cars rarely rack up high miles as their owners tend to have them as expensive toys that get taken out every now and again or just at weekends.

Nothing hurts the resale value of exotic cars like high miles on the odometer. If you look at the cars for sale on a site like thatsanicecar.com and you’ll find the majority have much lower miles than you’d expect to see on mass-market cars of the same age.

Mileage is pretty much timeless when it comes to exotic cars. The mileage is the mileage and it doesn’t matter how old the car actually is.

The rules don’t stay the same after a certain age either, as exotic cars that are older than 12 years then fall into the exotic classic category and an entirely different set of rules then apply.

For example, a lot of Ferrari models that are popular in the used exotic market will be close to ten years old. If a used Ferrari is to command a premium price in the used market it will have to have done fewer than 2,000 miles. A used example that has done between 2,000 and 5,000 miles will still attract a strong price, but the benchmark for average pricing will be between 5,000 and 10,000 miles.

Once we get above 10,000 miles an exotic car’s value will be considerably lower and 15,000 to 20,000 is considered high mileage. Some issues are to be expected with exotic cars that have done this kind of mileage and the asking price will be lowered to reflect this.

When we get between 20,000 and 30,000 miles we’re getting into the danger zone and if you’re buying an exotic car at this level you really are taking a risk. Unfortunately, for the regular guy in the street who has dreams of owning an exotic car at some point in their life, this is where the prices start to get attractive.

If the exotic car you’re looking to buy has done more than 30,000 miles you really will need to have a serious amount of money set aside to pay for maintenance and running costs. Remember, you may be able to buy a car that costs $150,000 brand new for something like $20,000 after 12 years and 80,000 miles, but it will still have the servicing and maintenance costs of a $150,000 car!

Why do exotic cars have low mileage?

Exotic cars generally do fewer miles than ordinary cars because they don’t get driven much. That may sound like an obvious statement – and it is – but owners will usually own multiple cars and the most exotic ones tend to get used as weekend cars for short journeys when the weather is nice.

It may sound a little churlish, but cars like these are often more for looking at than driving. Exotic cars are often things of great beauty that people want to be seen with and in, and they will usually be kept in pristine garages and always kept showroom clean.

If you have a Lamborghini Huracan you’re unlikely to commute to the office and back in it every day. If you have a car like that you’ll probably also have an Escalade or a Range Rover as your daily driver, so the Huracan will be brought out on the weekend for a trip to a smart restaurant or an exclusive club.

Which is the best used exotic car to buy?

You should buy the exotic car you really want because these are not cars you buy as daily drivers for family duties and weekly grocery shops. However, if you’re on a budget and you want the most affordable and best-value exotic car then you can’t really look further than a Porsche 911.

Now, a lot of people won’t consider a Porsche 911 to be all that exotic. After all, it looks a lot more like a Volkswagen than a Lamborghini. If you have Lamborghini money then by all means go for the Lamborghini, but if purchasing and running costs are an issue for you there’s little around that comes near to exotic that’s as affordable, reliable, and fantastic to drive as a Porsche 911.

If your budget is a little higher, another great exotic car that’s unlikely to let you down is the Audi R8.

If you want a reliable exotic car then you need to buy one that’s as new as possible. Like cars in general, modern exotic cars are now more reliable than they’ve ever been but older examples can be more than a little highly strung and temperamental.

As I mentioned earlier, once an exotic car gets to a certain vintage then depreciation can halt or even go into reverse. This isn’t always the case, however, and an aging exotic car will need to be original, in excellent condition, have a full service history, low miles, and be a desirable marque for it to start appreciating.

What qualifies as an exotic car?

Different people will have different ideas about what qualifies as an exotic car. While everyone will agree that the likes of Bugatti, Ferrari, Lamborghini, and Maserati all produce exotic cars, the waters start to get a little murkier when it comes to the likes of BMW, Mercedes, Corvette, and others.

Let’s face it; Dodge isn’t the first car brand you’d think of as being exotic, but what about the Dodge Viper? That’s an exotic car, isn’t it?

How about Ford? Obviously, there’s nothing remotely exotic about an Explorer or an F-150, but what about the Ford GT or a Mustang Shelby GT500?

The Ford GT is a great example of an exotic car that doesn’t depreciate and actually appreciates in value. In fact, the Ford GT is about as close to a good investment in the used car market as you can get without betting on a certainty costing tens of millions like a Ferrari GTO.

Which exotic cars hold their value?

Some exotic cars are certainties for holding their value and if you buy one and look after it you’re unlikely to ever lose money on it. These include the Lamborghini Huracan Performante, Porsche Carrera GT, Ford GT, McLaren P1, McLaren Senna, and the Porsche GT3 RS.

When it comes to cars that will probably increase in value in the coming years, Mercedes models such as the SL65 Black Series AMG, Gullwing SLS AMG, and the SLR McLaren are probably the ones to look out for.

Are exotic cars a good investment?

Most exotic cars will depreciate in value to at least some extent, just like regular cars. However, if you buy an exotic used car with low miles, keep it in pristine condition, and don’t drive it too much, you have a decent chance of at least getting your money back when you come to sell or even making a profit.

Where should you buy a used exotic car from?

Exotic cars are special so it makes sense to go to a specialist to buy a used exotic car. In my experience, if a discerning owner has lovingly cared for an exotic car over some time they’re not going to put it on craigslist or Auto Trader and risk attracting a load of time wasters and tire-kickers.

If you want to find a used exotic car for sale in the kind of setting that will inspire confidence, you’ll have to go a long way to beat thatsanicecar.com. The same goes for if you have an exotic car for sale and you want to find the right type of discerning buyer. You wouldn’t go to Walmart to buy fine wines, so why would you go to an online discount supermarket to buy a used exotic car? 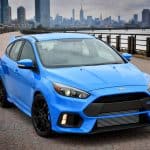 Should You Buy a Used Ford Focus RS?

What if a Car Dealer Doesn’t Have the Color You Want? 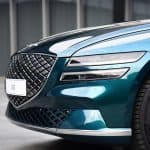