What do think first when you see someone driving an expensive car? If you’re like the majority of people, you probably jump to the immediate conclusion that they must be rich to be able to drive a car like that. But do you really have to be rich to drive an expensive car or are there ways where those of us on more modest incomes can drive and own the car of our dreams?

You don’t have to be rich to drive an expensive car as there are several ways you can get behind the wheel of some extremely impressive cars without having to be a millionaire. In fact, an awful lot of people you see in fancy cars are not rich at all and I should know because I’ve often been one of them.

Although a lot of rich and very rich people are keen to be seen driving some of the world’s most exclusive and expensive new and classic cars, plenty of other extremely rich people are happier driving around in much more modest vehicles such as Hondas, Ford, Toyotas, and Chevys. Some rich people like to flaunt their wealth and one of the most obvious ways of doing that is by being seen driving a very expensive car.

On the other hand, plenty of very wealthy people prefer to stay below the radar and the last thing they want to do is draw attention to themselves by being seen driving a Lamborghini, Ferrari, or a Bugatti.

Many years ago, I used to work as a store manager for the German discount supermarket group Aldi. It was a family-owned company that was started by two brothers, and although I never met him myself, the company’s billionaire owner, Theo Albrecht, was well known by senior people in the company for driving something like a 10-year-old Volkswagen Golf.

Apparently, he thought it was all he needed as it did the job and he saw no reason to drive anything else.

While plenty of rich people enjoy exotic cars and are fine with being seen driving them, there are also plenty of not-so-rich people who drive the same sort of cars to promote the idea that they are perhaps richer and more successful than they really are.

What is an expensive car?

I think it’s a good idea before we go any further to establish at this point what I mean by an expensive car. After all, what’s expensive to one person could be quite affordable to someone else, and even a very modest used car could be out of reach to someone who has very little money.

When I talk about expensive cars in this article, what I really mean are fancy or flash cars so it’s more to do with how people perceive a particular car than what it necessarily costs.

For example, I’ve just done a quick search on Auto Trader and found a 2012 Maserati Quattroporte S for sale for less than $17,000. On the other hand, you can easily pay more than $50k for a new Buick Enclave, but which one of those two would attract more attention? The Maserati would, of course, and that’s my first example of why you don’t have to be rich to drive an “expensive” car.

For the average person, an expensive car is probably a car from a luxury brand that’s fairly new. That means an expensive car could be something as relatively modest as a BMW 3 Series, Mercedes C Class, or an Audi A6, but it could also be a Ferrari 458, Lamborghini Huracan, or a Bugatti Chiron.

How much do expensive cars actually cost?

I’m going to be a little controversial here and say how much a car costs doesn’t actually matter. What matters is whether you can afford it or not, however much or however little that sum of money might be. An expensive car could cost you a couple of million dollars, but in some cases, driving a seriously expensive car every day could also cost you almost nothing. Yes. Really!

And another thing that far too many people don’t take into account is HOW a vehicle has been purchased. Just because someone is driving a Mercedes S-Class doesn’t mean they handed more than a hundred thousand dollars over to a dealer to buy it. In many cases, they won’t have. And before I conclude this particular article, I’m going to tell you how I’ve had some very expensive cars that have cost me next to nothing.

How people pay for expensive cars

An awful lot of people who you see driving fancy cars pay for them the same way the majority of people pay for their cars, which with some form of finance. It doesn’t matter if the person you see is driving a Chevrolet Trax or an Audi R8, it’s more likely than not that it will be on finance of some sort.

The thing is when people see you driving an expensive or flashy car they usually assume you’re worth a fortune. And even if they also assume you are financing it in some way, they still assume you must be rich to be able to afford the payments.

Now, I’m not going to insult anyone by saying it’s easy to afford the monthly payments on a brand-new Corvette Z06 or a BMW M8. What I am going to do is put the payments in some sort of perspective by asking you a simple question.

Who would you think would be richer between someone who works for themselves and drives a Mercedes-AMG SL, and another person who owns a small business that has two employees and drives a Chevy Traverse? On the face of things, I’m sure most people would see the Mercedes-AMG SL and assume that guy is the rich one.

However, although the monthly payments on the SL will be pretty high, have you ever stopped to think about how much the other person is paying each month to employ someone?

I explained this revelation to my motorcycle instructor last year when I was getting my license. We were talking about cars and I was explaining leasing to him, which he’d never considered before. Now, he admitted to being a bit of a badge snob and therefore assumed the monthly lease payments on the type of car he’d want would be too expensive.

Earlier, he’s been explaining to me how his business had been hit at the start of the pandemic and how he’s had to lay off the second instructor he’s employed. As business was starting to pick up again, he was thinking about hiring again, although he could handle the work he had on his own if he had to.

I decided to use his employment dilemma to explain how affordable car leasing is by linking the two. Without going into too much detail, the amount of money it would cost to hire just that one person in terms of wages, taxes, and insurance was more than it cost at the time to lease a brand-new Aston Martin V8.

How often do you look at someone who employs a couple of people and think they must be rich? Just to give you some idea, according to CEIC Data, the average monthly earnings in the US in October 2021 was $4,319 per month. According to truecar.com, the average lease option for the 2022 Chevrolet Corvette is $1,347 per month for a 36-month term on 12,000 miles per year, after a $2,000 signing fee.

So, if a person drives a Corvette, most people will probably think they must be pretty wealthy. On the other hand, if someone tells you they’re going to hire a new employee, nobody will bat an eyelid, even though it will cost more than twice as much as leasing a Corvette!

How to get an expensive car for nothing

You could drive an expensive car for nothing if you stole it, but I’m obviously not going to endorse that and the price a thief will eventually end up paying for their actions will be far higher than the cost of buying a car legitimately.

But you can drive an expensive car for nothing, or at least for relatively little if you get a job that offers a company car as part of the package. Now I know there are tax implications in those circumstances, but it should still be much less expensive than buying a car yourself and that means you’ll be able to have something much nicer than you might be able to afford.

The IRS decides how much tax you pay on a company car based on how much mileage you do in it is for your work and how much is private, so let’s just leave it up to a clever accountant to minimize your expenditure there!

If you work in the retail auto industry, however, you might be able to drive the latest model of the brand your dealership sells for almost no cost. This is how I used to have a brand-new, top-of-the-range luxury car every three months.

For most of the time I was in the retail auto business, the “demo” cars we were allocated were all based for tax reasons on a basic Ford Fiesta. The reason for this was the cars we were driving were demonstrators that could be loaned out to customers, so we could find ourselves going home in anything from a $200 junker trade-in to an almost new supercar.

The administration involved in documenting what we were driving on any particular day at any particular time and how many miles we did in each vehicle would have been a full-time job in itself and totally unviable.

I spent several years as a sales manager, and a short time as the general manager, of a Land Rover dealership, so I used to have a brand new, top-of-the-range LR3, Range Rover Sport, or Range Rover every three months.

The government eventually changed the rules to close this loophole for the auto industry, but friends I still have in the business tell me dealerships have now found other creative ways to allow staff to drive new demos for a laughably small amount of money each month out of their wages.

Cheap cars that give the impression you’re rich

Earlier in this article, I mentioned a used Maserati that costs about $4,000 less than the cheapest new Chevy Malibu. I’m not going to try and suggest that driving a 2006 Mercedes C350 Sedan you paid $2,500 for is going to fool anyone into thinking you’re some sort of Silicon Valley tech mogul or Multi-millionaire YouTuber, but something like that Maserati will certainly fool plenty of people into thinking it might have cost five times what you actually paid for it.

But if you buy carefully, even a car that costs just a few thousand dollars can create the impression of success. A particular favorite of mine for that sort of thing is the Mercedes SLK as you can pick up a really nice one for less than $10k, it’s a great-looking sports car, and it’s a Mercedes-Benz.

Buy one in good condition and get it professionally detailed and the average person will have no idea that the flashy convertible Mercedes Sports car you’re driving actually cost half as much as a new Nissan Versa! 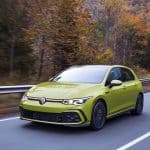 Why are Hatchbacks Not Popular in America? 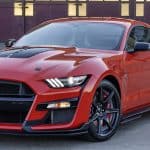