Do You Need an SUV in the City?

It can’t have escaped anyone’s attention that everyone appears to be buying and driving an SUV these days, but have you ever asked yourself if you need an SUV in the city or other urban environments?

You don’t need an SUV to drive in the city but SUVs are extremely popular, they’re available in a range of shapes and sizes, and there are plenty of circumstances where an SUV can make a lot of sense in the city.

A lot of SUV owners in the city or in large towns could manage quite easily with a sedan or hatch, but they choose to drive an SUV instead. Minivans are better for large families, pickups are better for towing and hauling, and sedans and hatches are more affordable and better to drive, but an SUV can do a bit of everything.

How popular are SUVs?

Not so very long ago, SUVs were seen as large, unnecessary, ostentatious vehicles that guzzled gas and were bad for the environment. Some people still think all that, of course, but an awful lot more people now think they are wonderful and they wouldn’t want to be seen driving anything else.

To give an idea of how big the SUV market is in the US these days and how much it’s continuing to grow, the statistics tell you everything. In 2017 there were 17,230,436 new vehicles sold in the US, with 6,318,061 being passenger cars and the remaining 10,912,375 vehicles sold being light trucks, which include pickups and SUVs.

Why do we love SUVs so much?

If you live somewhere rural, in the middle of nowhere, or somewhere the weather can cause driving conditions to be challenging at certain times of the year, there are some genuine reasons for choosing an SUV over a sedan, hatch, or minivan.

They are spacious, some have three rows of seats, they are high-riding, and most of them can be specified with all-wheel-drive. If you have to navigate rough terrain or bad weather to get to where you need to be, an all-wheel-drive SUV can be the perfect vehicle.

However, if you live in a town or the city, and especially if you don’t need to tow anything, it’s harder to make a practical case for choosing an SUV. They’re not generally as good on gas as a car, they’re larger and less maneuverable in tight urban spaces, and they usually cost more than a car that can do the job just as well.

The truth is that SUVs are fashionable, and some drivers think they are going to be a safer vehicle to drive the family around in than something less bulky and rugged-looking. There’s nothing wrong with buying an SUV simply because you like the look of them, but if you live in the town or city you shouldn’t try to convince anyone you’re buying one for any other reason.

Ok, if the four people you’re going to be driving around are all playing center in NBA teams you might need an SUV for the extra headroom they provide. However, if you’re passengers are not all seven feet tall, that extra passenger volume is pointless and a bit of a waste.

What are SUVs good for?

Although different types of vehicles can do various jobs better than an SUV can, none of them can do all of those jobs to a decent standard in the way an SUV can. A pickup truck can tow more, but it can’t seat up to eight people.

A minivan can seat up to nine people in more comfort than an SUV and it’s easier to get in and out of a minivan, but a van is pretty useless off-road. A sedan can be faster, better to drive, better on gas, and more nimble around town than an SUV, but it can’t seat as many people, carry as much cargo or go the places an SUV can.

And if you live somewhere the roads are bad, an SUV can seem like a necessity. I’m not talking dirt tracks in desolate wastelands either here, but towns and cities where roads have been neglected and are littered with potholes. I live somewhere like that, and I can tell you it was a seriously rude awakening for me when I went from one of the world’s most capable 4x4s to a performance sedan for a while.

Roads I never gave a second thought to suddenly became almost no-go zones for my sedan, and out on a country road, I thought I was going to die when I hit a puddle at speed I wouldn’t have even noticed in my 4×4.

The 4×4 would have gone through this patch of water at the same speed that was no more than an inch deep and a couple of feet in diameter without noticing, but the sedan aquaplaned so badly I thought for a moment I was going to find myself upside down in a ditch any second.

It’s a similar story when there was snow and ice on the road. I’d been traveling the same 30-mile journey each day in a Land Rover LR4 and went up ice-covered hills without thinking. One day a small hatch pulled out in front of me from a side road at the start of a hill.

After getting only a few feet up the hill, the front-wheel-drive hatch lost all traction and the wheels just spun furiously. A couple of guys got behind and tried to give it a push to get going, but the hatch wasn’t going anywhere other than backward.

I’d stopped in my LR4, and I waited until they cleared the hatch out of the way. Once they had I simply pulled out and went past as if it was a dry road in the middle of summer and carried on my way.

Are SUVs as safe as people assume?

To put it quite simply, if you go by safety ratings from the NHTSA and IIHS as the best way of determining how safe vehicles are, which isn’t a bad guide by any means, it’s impossible to say SUVs are any safer than other types of vehicles.

The reason so many of us assume that SUVs are safer is their size, and it’s easy to imagine you’d be safer in a crash if you were in a Suburban or an Escalade than you would be in a Chevy Spark or a Ford Fiesta.

To be fair, if you look at the IIHS website for models that get the highest rating of Top Safety Pick+ you’ll find a lot of crossover SUVs. However, you’ll also find the likes of the Hyundai Elantra, Kia Optima, and the Toyota Camry in the list of Top Safety Pick+ models.

On the other hand, some notable SUVs that don’t even get a Top Safety Pick rating include the Volkswagen Tiguan, Jeep Grand Cherokee, Ford Explorer, and the GMC Acadia. A lot of large and expensive SUVs don’t get crash-tested by the two agencies, but of those that have been for 2019, the Audi Q7 doesn’t get Top Safety Pick status.

It’s therefore not always safe to assume that SUVs are necessarily safer than sedans and hatches, but they’re not exactly unsafe either. A lot of crossovers and SUVs are rated highly, and that inherent size and bulk has got to count for quite a bit too. The Suburban hasn’t been crash-tested, but I’d rather be a passenger in one of those in a crash than a Honda Insight, even though the Insight is a Top Safety Pick+.

Whether you like them or not, SUVs are not going to be going away anytime soon, In fact, it appears there will be more and more of them and fewer and fewer cars and hatches in the future. Ford has already decided to stop building and selling all cars in the US, other than the Mustang, to concentrate on SUVs, and we’ve already witnessed the likes of the Chrysler 200 and the Dodge Dart going out of production.

I can personally take or leave SUVs. I’ve driven them perhaps more than anything else over the years, but I also love the way a fast car drives or the fabulous feeling of driving a convertible on a nice sunny day with the roof down.

If I was looking to buy a new vehicle this very day I’d probably go for a convertible or a coupe. But after writing this blog today and reminiscing about driving in bad weather in a 4×4, I think I’d probably look for a good deal on a luxury midsize SUV if it came down to it. If you can’t beat ’em, you may as well join ’em, after all. 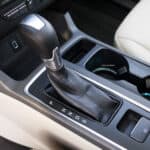 Electric vs Manual Parking Brake: Which is Best?

Where do Used Car Dealers Get Their Cars From? 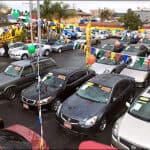