Does Cruise Control Save Gas?

You may have heard or been told about how you drive can have a big impact on your vehicle’s fuel economy, and it’s true, but is using cruise control something that can help you to save gas?

Yes. Engaging cruise control on the highway can help you use less gas as it helps maintain a constant speed, which is more fuel-efficient than constant accelerating and braking. Under normal driving conditions, however, cruise control can’t read the road like a driver can so it will ask more of your engine than might be necessary and use more fuel than driving normally.

In this article we’re going to look at:

When you are trying to decide if a feature your car has can help you drive more fuel efficiently you only really have to ask yourself one question, which is “will using this feature reduce the amount of work my engine needs to do?”

Think about what you’re asking your vehicle to do. Just getting a vehicle weighing several thousand pounds up to speed requires the engine to do a lot of work, and then we ask it to do even more. First of all, you have you – the driver – and your weight adds to the weight of the vehicle and requires the engine to do more work than it would have to do if you weren’t in there. Then you add passengers, luggage, or other items, and that adds further weight and means even more work to do.

This is all before we even start to think about towing a trailer of some sort, and then there’s another variable to consider as well as the additional weight, which is aerodynamics.

The designers and engineers who developed the vehicle you are driving spent a lot of time designing the vehicle to be as aerodynamic as it can be, within the confines of the type of vehicle it is. You then add a trailer and a lot of their work on aerodynamics goes out the window.

So far, all I’ve covered here are the basics of asking your vehicle’s engine to get a load up to speed from a standing start, but then you start slowing down and speeding up as you drive so that increases the engine’s workload exponentially.

If you reduce the number of times you ask your vehicle to increase the speed it’s moving those thousands of pounds, the less fuel you’re going to use, and this is where cruise control comes in.

We’ve established that if you’re driving on a highway, keeping a constant speed will use less fuel than driving without cruise control. However, away from the highway, using cruise control can actually mean using more fuel than if you were driving normally.

Although cruise control systems are becoming increasingly advanced, they can’t read the road the way a driver can or react as quickly. When you see something like a hill or slow traffic ahead in the distance, you can make adjustments in plenty of time for a smoother, more efficient drive. Cruise control isn’t that smart (yet), so it will inevitably react later which could mean harder braking and accelerating and more fuel used.

Of course, this assumes you’re a driver who does drive more efficiently than cruise control. If you’re one of those drivers with heavy feet who are constantly hard on the gas and the brakes, your cruise control might not be any less efficient than your driving.

How does cruise control work?

There are different cruise control systems that vary a little in how they are set up, engaged and disengaged by the driver, but these basic systems all work on essentially the same principle, which is to keep the vehicle moving at a set, pre-determined speed.

Although you are then fully in control of the car again and accelerating and braking as you see fit, you can choose to re-engage the system and the car will then speed back up to that pre-set speed, which you’ll remember we said here was 50 mph. When the car reaches the pre-set speed it will then maintain it until you disengage again.

The more time you spend with the cruise control keeping you at a constant speed, the less fuel you will use. Most systems will also have up and down buttons for you to be able to increase or decrease the pre-set speed, and you might want to do this if you’re on a highway and you come into some heavy traffic traveling slower than the 50 mph you’ve just been cruising at.

Let’s say you come up to traffic traveling at 40 mph. All you have to do is keep pressing the down button until your vehicle slows to the new speed. The cruise control will then keep you at the new speed of 40 mph and you’ll still be using less fuel than if you started braking and accelerating manually. If the traffic then begins to speed up you can press the up button to accelerate to the new, faster speed.

As well as helping you to use less gas, cruise control has other benefits. In fact, the main reason cruise control is fitted to cars is simply as a driver convenience feature. Instead of having to keep your foot on the accelerator all the time, using cruise control allows you to remove your foot from the pedal and just steer.

This can be a great advantage on long journeys where your foot and ankle can get tired or even develop cramp if you’re using the pedal for hours on end.

Another great benefit of using cruise control is to help you avoid speeding tickets. It’s easy to get carried away in fast-flowing traffic and go over the speed limit. Even if the cars around you are all speeding too, it might be you that gets singled out for attention from the highway patrol and end up with a costly fine.

Trust me, I know. I’ve been caught speeding just north of LA by the county sheriff, on the Florida turnpike, and on what must be the longest stretch of straight, flat, deserted road in the world somewhere in Nevada.

That one in Nevada cost me nearly $300, which wiped out the money I won playing three-card poker in Las Vegas the day before! I now set the cruise control to just below the speed limit. As well as helping me to use less gas, it also stops me from getting any more of those nasty $300 fines.

However, adaptive cruise control also does what its name suggests and adapts, and that means it can slow down and speed up the vehicle without any input from the driver.

Adaptive cruise uses radar sensors to identify other vehicles and detect the speed they are traveling at. Let’s say your adaptive cruise is keeping you at that 50 mph on an open highway, but you then start to come upon some slow-moving traffic ahead. With standard cruise control, you’d have to brake and take back control yourself, but adaptive cruise can do all that automatically.

Can cruise control use more fuel?

If you’re aware of how air conditioning systems take fuel to operate them, you might be forgiven for wondering if engaging cruise control also uses gas, diesel or whatever else is powering your engine. It doesn’t, so there’s no question of the system itself using gas or diesel and negating some of the fuel-saving using the system provides. Cruise control is an electronic system that isn’t powered by gas.

Your car’s cruise control is run off engine vacuum and electricity, so there’s no gas being used to power it. Of course, if you have an electric car, using the cruise control will be an additional drain on your battery and that could reduce the range. In practice though, using cruise control to maintain a constant speed with an EV will save more battery charge than it will use, so it’s not something electric vehicle owners should lose any sleep over.

Cruise control has improved over time

It’s probably an idea to point out that if you’re buying a relatively old used vehicle the cruise control probably won’t save you as much gas as modern systems do, and that’s because of how older cruise control systems returned you to the set speed when you engaged them.

Don’t let that stop you from using the cruise on an older vehicle though, because unless you are constantly turning it on and off the system will still help you use less fuel than if you were controlling the braking and acceleration of your vehicle with your foot.

So, the simple and correct answer to the question of does cruise control help you to use less gas is yes, but only in the right circumstances. It’s not going to help your heavy-duty pickup truck go from 15 mpg on the highway to 25 mpg, but it will help you use less fuel and save yourself a little money when you’re driving on the highway. 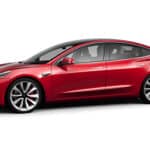 The Truth About Which Vehicles are Best for Short Journeys 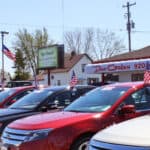