Globally, gas prices are on everyone’s mind. While prices have since dropped from their historic, all-time, filling up your car’s tank still accounts for a huge chunk of your monthly household budget. To help you out, here we’re going to look at what you need to know about Sam’s Club gas prices.

As such, you’ll want to learn how to get the best price on everything you need. And this is where Sam’s Club proves its worth. Like BJs and Costco, Sam’s Club is a membership-only warehouse popular for its low prices on a plethora of products, including gas.

For millions of Americans who have a Sam’s Club membership, buying gas at Sam’s Club can be a sweet way to save. Unfortunately, filling up at Sam’s Club isn’t necessarily the same as going to a local gas station!

Today in this post, we’ll provide you with everything you may want to know about Sam’s Club gas prices, ranging from how their gas prices compare to other similar companies, gas hours at Sam’s Club to the variation that comes by the state as well as experts tips on how to save money when filling up your tank. So continue your reading and learn more!

What is the average cost of gas at Sam’s Club?

As earlier explained, the cost of fuel has slightly reduced in the last few weeks, and the latest national per-gallon average stands at $3.89. However, research shows that fuel prices are highly unlikely to drop any further!

It is imperative to note that to buy fuel at Sam’s Club, you must have a valid membership card, which you’ll either swipe at the pump or show to a gas station attendant. And according to Momdeals, Sam’s Club prices are approximately 10-20% cheaper compared to the average cost in the locality.

Sam’s Club strives to provide relatively affordable fuel prices across the United States. Although Sam’s Club fuel prices may vary depending on the location, you can always buy gas for less than the average cost in your area.

It’s worth noting that Sam’s Club offers two reasonably priced membership tiers. The standard membership option only costs $45 annually. Not only will this give you access to its gas centers, but also allows you to save on tons of other products throughout the club.

The affordable fees of being a member are absolutely worth it, as it allows you to purchase their cheaper gas, particularly if you reside in an area where fuel prices are higher!

How do Sam’s Club fuel prices compare to its competitors?

Sam’s Club has numerous competitors across the states that provide other membership-only fuel stations. But two competitors stand out, including Costco and BJs. so let’s have a look at these two:

Clearly, Costo is the biggest Sam’s Club competitor. If you want to save a significant amount of money every time, a membership here will prove more beneficial compared to Sam’s Club. Unfortunately, not everyone is close to a Costco.

Thankfully, these three options guarantee exciting discounts for those who use them over regular gas stations.

How do Sam’s Club fuel prices vary by state?

As previously explained, Sam’s Club fuel prices tend to fluctuate by state. And this variation is caused by an area’s tax policies, inflation, demand, and supply. Below are a few examples of the cost of fuel at Sam’s Club if we assume they are nearly 10% below the local costs:

When compared with other competing gas stations, Sam’s Club gas prices are between 0.05 and 0.10 cheaper. You can always use the club location tool to find the latest cost of gas at your local Sam’s Club gas station.

How can you cut off your bill at Sam’s Club gas stations?

As already mentioned, Sam’s Club gas prices are generally lower than the average price in your locality. Below are a few practical tips on how to save some money when filling up your tank at Sam’s Club gas stations:

Four smart tips to save on gas

Now you are in a position to make a well-informed decision on whether to buy a Sam’s Club membership for gas. But the bottom line is that if you are looking for a gas station that provides fairly affordable gas prices, look no further than Sam’s Club.

While most states have Sam’s Club locations have gas centers, you can always use the gas station locator on the company’s official site to find a gas station near you!

No, Sam’s Club is not top-tier. However, it’s still a high-quality gas.

Do you require a Sam’s Club membership to purchase gas?

Most often, these centers are found near Walmart or are lawfully mandated to be available to the general public.

Can you purchase fuel at Sam’s Club after hours?

No, you won’t be able to buy gas at Sam’s Club after hours. The stations are only available to members during specific hours.

Will the cost of gas go down?

With ballooning inflation, the cost of fuel has hit sky-high levels, but will these prices ever go back to what they were before? The national average price per gallon topped $6 for the first time in June. And while it has slightly reduced since then, the average gallon still costs nearly 50% more than this time the previous year.

Fuel prices have dramatically gone up because of the diminished global supply. Supply has been reduced because of the sanctions posed on Russia by major Western countries, in response to its ill-advised invasion of Ukraine.

Even though the American government has implemented numerous measures to help mitigate gas prices, analysts opine that it’s difficult to predict when or if we will ever see a return to normal fuel prices! 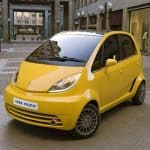 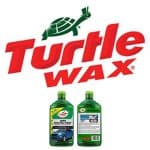