For the last couple of years there has been talk of duckpower as an alternative unit of measurement to horsepower, but what is duckpower and how do you convert horsepower to duckpower so you know how many ducks you have under your hood?

To covert horsepower to duckpower you need to take the horsepower figure and multiply it by 131.2 because it has been calculated that the mass of a horse is 131.1 times as much as that of a duck.

It’s obvious that a horse is bigger than a duck, so all that was left to decide was how much bigger a horse was to settle on a definitive figure. We could do the exact same thing with any animal as long it’s agreed how the mass of that animal relates to that of a horse. Could you, therefore, measure an engine in dogpower, snakepower, aardvarkpower or any other type of animal power? Yes, of course you could, as long as you know how the mass of the animal relates to the settled figure for a horse.

What is horsepower anyway?

Horsepower makes a lot of sense as a unit of measurement for the power output of an engine as it was the internal combustion engine that replaced horses as our main way of getting around. If you are trying to get someone to embrace a new way of doing things you have to show them why it’s better than what they already have. If you wanted to convince someone to switch from a horse and cart to a car or van, what better way than to show them that the engine was the equivalent to 10 or more horses?

Have you ever wondered why the power output of an engine is measured in horsepower and not something else? Okay, so those countries that use metric instead of imperial measurements have strange units such as kW and PS, but even the people who live in those countries rarely understand those units and still prefer to use the more familiar horsepower.

However, a 100-horsepower engine doesn’t do exactly the same job as 100 horses would do; it’s just a convenient and relatable way of helping people understand how powerful an engine is when compared to another. The metric kW and PS units do the same job today as horsepower has done for more than a hundred years now, but we’re used to horsepower and most of us can relate to it more easily.

I have a similar issue with pounds and kg, even though I live in a country that has used the metric system since 1971. I live in a coastal town and have been going fishing since I was about 7 years old so if you tell me that you caught a 10-pound Cod I have a very good idea of how big that fish is. But if someone tells me the fish they caught the other day weighed 7.2 kg, I’d have to convert it to pounds in my head to have any idea how big it was.

It’s the same thing with horsepower. When I first heard about the Dodge Challenger Hellcat all those years ago, I could immediately relate to how ludicrously powerful it was when I read that it would produce 707 horsepower. But if the press release had been in metric and therefore said the Hellcat would put out 520 kW, I’d have had to calculate what that figure was in horsepower to be able to have any idea of how powerful it really was.

Where did the idea of duckpower come from?

It probably won’t come as too much of a shock to learn that the somewhat crazy idea of duckpower came from a YouTube video. The channel that produced the video is called the Art of Engineering, and it used something called Kleiber’s law to calculate how one duckpower should relate to one horsepower.

The full calculation used in Kleiber’s law is fairly complicated, and in the equation, there are symbols that I don’t even know how to find on a computer keyboard. The bottom line is that Max Kleiber concluded in the 1930s that an animal’s rate of consumption, or its metabolic rate, is almost the same as its mass if you multiply that figure (mass) to the power of ¾.

The channel then divided the mass of a duck by the mass of a horse and then applied Kleiber’s law to come up with the result that one horsepower is equal to 131.2 duckpower. If we then go back to the aforementioned Dodge Challenger Hellcat, that mighty beast of a muscle car produces 92,758.4 duckpower. That number sounds considerably more impressive than 707 horsepower, at least it does until you add the term “duckpower” to it and then it just sounds ridiculous.

Would you, therefore, prefer your engine to be rated in aardvark power instead? If you would, you might be interested to know that based on an aardvark having an average mass of 140 pounds, that Challenger Hellcat can claim to produce an impressive 3,333 aardvarkpower.

What does this mean?

I would suggest you stop wondering about duckpower, aardvarkpower or any other silly theoretical measurement of output and think about stuff that actually matters instead. What I would hope is that this article has made you realize is that horsepower isn’t actually a particularly scientific measure. That is unless you accept a very specific number for the mass of a horse, which in some ways is plainly ridiculous because horses come in different sizes like any other animal.

Take the aardvarkpower example I used earlier. I took the mass of an aardvark to be 140 pounds, but if you Google it you then get a result that says 88-140 pounds. The same search for a horse comes up with a mass of 660 pounds, but does a Shire Horse weigh 660 pounds, and what about a Shetland Pony?

For me, the worrying conclusion is that kilowatts (kW) and Pferdestarke (PS) are much better ways of quantifying the power of an engine as they are mathematical constants, and there can be no dispute over whether one kilowatt or PS is larger than another kilowatt or PS.

Even so, despite living in a country where the use of metric used to be mandated in law and using imperial measurements commercially used to be illegal, I’m sticking with horsepower because I’m used to it, I understand it and I like it.

Of course, we could then get into the paradox of referring to the displacement of an engine in liters but its output in horsepower and lb.-ft., but that’s an argument for another day. 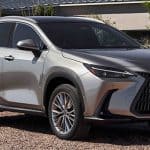