Horsepower vs Torque: Which is More Important?

There are two numbers you’ll always see when you’re checking out the engine specifications of a vehicle you’re thinking of buying, which are horsepower and torque, but which is more important when it comes to horsepower vs torque?

Torque is a much more important rating than horsepower when it comes to towing, but horsepower is the more common number buyers look for and it is more relevant and important than torque in certain circumstances.

What are torque and horsepower?

Although horsepower and torque ratings are different from each other, they are both related to engine power and where it takes place. Torque is a raw measurement of power or rational force that’s being exerted inside the engine, or more specifically, at the crankshaft. Horsepower is a broader-based measurement that considers what’s going on under the hood and at the wheels.

Horsepower is a measure that includes weight, distance and time, so it takes into consideration what is being moved, how far it is going to be moved, and how long it takes. A vehicle engine can have all the horsepower it wants, but there comes a tipping point with any vehicle where any extra horsepower is basically a waste because the vehicle can’t do anything with it because the wheels will just spin. If a car can only get 707 horsepower onto the track there’s no point tuning the engine to 750 hp, unless other components are upgraded to cope with the extra horsepower.

The full definition of torque would probably require a Ph.D. in advanced physics to understand fully, but I’ll try to put it in the way I understand it. If you think of a linear force as being a push or a pull, torque should then be thought of as a twist applied to an object.

By the way, if you’d like to know about some of the very best products, services and companies I’ve found for buying, selling, and helping with vehicle ownership then please check out my recommended products and services page right here. As well as telling you where to go to get the very lowest prices on new and used vehicles, I also cover finance, insurance, parts, tires, detailing and other stuff too.

It’s believed that horsepower as a measure dates back to 1781, which was when James Watt was on a mission to convince skeptics around him that they should stop using horses and embrace his steam engine technology instead. To make his argument, Watt decided to come up with a demonstration.

A horse was tethered and used to turn a grindstone in a mill as it walked around in circles. Watt then multiplied the distance the horse walked by its pulling force, which was estimated at 180 pounds, divided by the time it took to cover the distance, and a new measure was born: horsepower. It was therefore shown that Watt’s steam engine had the power of around 35 horses (35 horsepower), which is about as much as a modern ride-on lawnmower.

Like any measurement, there’s more than one way of expressing torque. The most common one, and the one most people around the world will be able to relate to, is pound-feet (lb.-ft.), which is the imperial measurement unit of torque. However, if you look at Mercedes-Benz brochure or a brochure from any European manufacturer, you’ll probably find torque expressed in Newton Metres (Nm). I’m English, but just like I have no idea how big a fish is if its weight is expressed in kilos, I have no idea how much torque an engine has if the figure is given in Nm without reaching for a conversion table or app.

Ok, while I’m on the subject of different units I’ll take a moment to explain different ways horsepower can be expressed. The first point I’m going to make is that no matter where in the world you are, and regardless of whether they use metric or imperial measurements if you want someone to understand how much power your vehicle has under the hood you’re going to be on safe ground with horsepower.

In Europe, they use hp, bhp, PS and kW. They are all a measure of engine power, but you cannot just put the one you prefer in front of the same number. If an engine is rated at 275 horsepower it’s not going to be 275 bhp, PS or kW.

Bhp is brake horsepower, and it differs slightly from regular horsepower. Brake horsepower is a measurement figure for the amount of power an engine produces, but it takes into account the small amount lost to friction in parts such as the gearbox, and that’s what makes it different to plain horsepower. Horsepower doesn’t take those small losses into account, so the bhp figure will always be slightly lower than the horsepower number.

PS used to be the metric measure used in Europe, but in the 1990s a European Union directive was issued to change over to kilowatts (kW). Some automakers still quote engine power in PS, but kW is what they should really be using these days. Once again, even in Europe if you tell somebody the PS or kW ratings of your car’s engine they’ll probably look at you with a completely blank expression.

What does horsepower do?

Anyway, that’s the technical definition stuff out of the way, so now I’ll explain what horsepower actually does and why it’s important to you when you’re buying a car. In the most simple of terms, and as a rough rule of thumb, if you want a vehicle to go faster and get up to speed quicker, you’re going to want more horsepower. Of course, two vehicles that have engines developing the same amount of horsepower won’t necessarily be as fast as each other. You’re then into the realms of weight, aerodynamics and yes, you guessed it, torque.

Horsepower does have a bearing on torque, however. The more horsepower an engine produces, the higher the torque potential of that engine. An engine can have all the “potential” torque you like, but how it actually translates into real-world applications determined by other factors such as the vehicle’s axle differentials, transmission, tires, etc.

Basically, if you’re looking to buy a sports car because you want to drive fast, the more horsepower it has, the better.

What does torque do?

If you think about twisting the cap off a bottle, when you are applying force through your hand you are applying torque, even if the cap is stuck and doesn’t move. Until there is movement there is no horsepower, but there is torque because force is being applied even though the cap isn’t moving. You, therefore, need torque to loosen the cap, and then horsepower can be applied by turning the cap quickly.

Torque is important for speed too (just to confuse matters!).  At low speeds, the gears in your transmission work to transmit maximum torque from the engine to the wheels on the road. Torque is important for speed because more force (torque) is required to move a stationary vehicle than is required to move a vehicle that’s moving, which is actually Newton’s 1st Law and why some measure torque in Newton Metres. However, once a vehicle is underway and moving, less torque is required and more horsepower is needed to maintain a high speed.

Engines with lots of torque

If an engine has a lot of horsepower it’s probably going to have a lot of torque too, but certain types of powerplant can develop an awful lot of torque while at the same time being rated relatively low for horsepower. The legendary Dodge Hellcat engine produces a staggering 707 horsepower, but it also develops an equally staggering 650 lb.-ft. of torque.

If that engine didn’t have a supercharger it would produce a lot less torque, and naturally aspirated gas engines usually produce a relatively small amount of torque. If you want additional torque from your engine it needs a supercharger or a turbo. Better still, if you want serious amounts of torque you need a diesel engine or an electric motor. Diesels deliver more torque and they deliver it lower down in the rev range, and that’s why they are found under the hoods of heavy-duty trucks and commercial vehicles that need to tow and haul serious loads.

And if you think diesels produce a lot of toque, wait until electric vehicles get into their stride. Electric motors generate almost instantaneous torque, so it’s all there as soon as you put your foot on the gas, so to speak. The only reason electric motors haven’t replaced diesel as the power unit of choice in heavy-duty trucks and commercials is because of battery technology.

Batteries required to power a vehicle for a useable amount of time and to handle heavy loads are heavy, and if you want to be able to tow 12,000-pound trailers uphill you’re going to need a ton of massive batteries. To understand more about electric vehicles make sure you check out my article about them here.

As a vehicle’s weight increases the amount it can tow decreases, so the only way to counteract that is to give the vehicle more power. The more power you demand from an electric motor the bigger and heavier the battery needs to be, which then means you need even more power and so on.

We’re getting there though, and Ford has recently unveiled a prototype all-electric F-150. It’s believed it could be in production an on sale as soon as 2021, and Ford released a video showing the prototype towing a load in excess of one million pounds. That’s right, one MILLION pounds. It has to be pointed out though that Ford says that weight is “far beyond any production truck’s published capacity” and helpfully pointed out that you should “never tow beyond a vehicle’s towing capacities.”

You can buy a car with a gas engine that produces 1500 horsepower and 1,180 lb.-ft. of torque, but it’s a Bugatti Chiron and it will costs you more than $3million. Even then, it wouldn’t be much use to you if you wanted to tow a 20,000-pound trailer while ferrying five people around.

For considerably less money, you could have a Ford F-350 crew cab instead with a diesel engine that can accommodate up to six people and can be rated to tow 21,000 pounds. The 6.7-liter turbodiesel develops a more modest 450 horsepower and 935 lb.-ft. of torque than the Bugatti’s 8.0-liter 16-cylinder, but it’s a lot more use for passengers and towing and starts from less than $50k. It just depends on what you want from a vehicle. 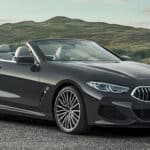 Is Buying a Convertible a Good Idea?

Do You Know When to Use Traction Control?