How Much do Car Dealers Make on a Vehicle Sale?

In my experience, the one thing most customers would really like to know if they felt they could ask a salesperson when they’re in a dealership looking to buy a new vehicle, it’s how much do car dealers make on a vehicle sale. After all, it must be a fortune as cars, trucks, and SUVs are seriously big-ticket items, right? Well, not necessarily.

Dealers only make between 7% and 13% on the sale of a new vehicle if they sell at full retail, so profits are not as big as the average buyer imagines, especially after they negotiate a discount.

As a customer, you have no real way of knowing how much a dealer is making on any given vehicle. Car dealers make more money on used vehicles than new vehicles, but probably not much as you’d imagine. New cars tend to have a profit margin between the invoice price and what the dealership actually pays for the vehicle of between 8% and 13%.

There may be some higher and lower margins, but the overwhelming majority fall somewhere in between those figures. Used cars are an entirely different matter, but you can calculate a rough idea of the margin if you know what you’re doing.

Why new car profits are smaller than people think?

Most of the time, when a dealership sells a brand new vehicle, there isn’t anywhere near as much profit in it for them as you might think. If you go out for a meal in a restaurant and spend $50, for example, the food will probably have cost the owner no more than $10. Of course, that doesn’t include costs like having it delivered, storing it, wastage, cooking, serving, wages, power, taxes, etc., etc.

It’s even worse in the car business though, and that’s because even though the amounts of money we’re talking about are a lot larger, they don’t have that kind of margin to start with. An entry-level 2019 Chevrolet Cruze L has an MSRP of $17,941, but if you think they’ve got $14k profit in there, you couldn’t be more wrong.

For a start, when was the last time you went to a dealership and paid the MSRP for a car? Probably never, and it’s the same with 99.9% of buyers. If the dealer has a 12% profit margin to start with in that Cruze, it means they only have just over $2,000 of profit margin, and that’s before you negotiate a discount. What would you expect a dealer to discount a car like that by for you? $500, $750, $1,000? If it’s $1,000, which is probably the lower end of what you might hope for, that only leaves just over a thousand dollars for the dealership.

If you want to buy a used car for the kind of money dealers pay before they add their profit margin, check out this link to government and police auctions.

A thousand dollars isn’t too bad though, is it? Well, it wouldn’t be on a mass-market car at the more affordable end of the market, but we haven’t finished yet. When cars arrive from the manufacturer they are configured for safe transit, so the service department has to do a pre-delivery inspection before the car is ready to be sold and driven away.

The engine might be in a special delivery mode to prevent damage while being transported, and things like the power locks and trunk lid will need activating. The sales department gets charged for this by the service department, and that could be another couple of hundred dollars out of the margin.

That’s just moving the money around the dealership though; it’s still profitable for the business as a whole, isn’t it? It is, but the technician will have to have been paid to do the work, so the margin is being eroded. And like the restaurant, the dealership has all sorts of costs associated with getting a car from ordering to delivery to the customer, so that $1,000 margin isn’t looking so healthy now, is it?

Now I’ll tell you something really shocking, and you can choose not to believe me if you like, but it’s the truth. A lot of the time, dealers will often sell new cars with little or no profit at all in the vehicle itself. Sometimes, you may even be getting your new vehicle for less than the dealer paid for it. In reality, a lot of the time the sale of a new vehicle is just a platform for making profits in other ways.

How dealers make up for tiny new car profits

If the new car, truck or SUV doesn’t make much or any profit, the dealership has to make up for it by selling finance and add-on products. Most of the time, a dealership can sell finance for as much as they can, and it’s really just like any other product. The dealer has a rate it gets charged by the finance company, and all the interest above that rate goes to the dealer as commission or profit, whichever way you want to look at it.

It’s the same story with add-on insurance products, and these can really make a difference to the dealer’s bottom line. Add-on products that might be offered include:

It’s simple to work out used car margins, isn’t it?

Once again, if you think you can look at how much a used vehicle is priced and compare that against the trade-in values you see in places like trucar.com, kbb.com, and Edmunds.com, then think again. There’s a saying that goes you make your money on a car when you buy it, not when you sell it, and there’s a lot of truth in that.

Those websites and others will give you a good idea of what the trade value of a used car is based on its make, model, age, mileage, options, and condition, but don’t go thinking that’s what a vehicle sat on a lot owes the dealer that bought it.

Even if the dealer did pay $11,400 for the SUV, it could have cost almost any amount of money to bring it up to the standard you see now. When it came in it might have needed a service and an oil change, a couple of tires replaced, a bit of body repair, and good detailing. Those preparation costs could be no more than a few hundred dollars, but they could also be a couple of thousand dollars too.

We’re not finished there either. If a car has less than a year of the manufacturer warranty left, the main dealer will probably include an extended warranty to top it up to a full 12 months, especially if it’s being sold under a manufacturer Certified Pre-Owned (CPO) program. If the car is out of warranty, the dealer will probably put a full 12-month extended warranty on it. Those warranties are not free. The dealer has to pay for them out of the profit on the vehicle they’re selling.

All of a sudden, that potential $3,600 profit could be down to less than half of that, and that’s before you start negotiating a discount. Now I’m not trying to sell you a sob story here and ask you to feel sorry for car dealers. What I do want you to understand is that margins are often going to be much, much smaller than most people think they are.

Buying from a private seller is cheaper, right?

Buying from a private seller instead of from a dealer can be cheaper, but there are good reasons why, and it’s not always the case anyway. As we’ve already established, the internet is a great resource for car buyers. The web lets you see what’s available, it lets you compare with others for sale in the local area and further afield, it lets you see what you should be paying, and it also provides invaluable information for free like here on this site.

When you are buying from a private seller, you simply don’t have the peace of mind of being able to take the vehicle back if it doesn’t turn out to be what you hoped it was. As already mentioned, you’ll probably drive away from a dealership with some sort of warranty, and at least some preparation work will have been done prior to the vehicle going on sale.

A private seller might have had a few things done to make the car more saleable, but although cosmetics and noticeable faults could well have been sorted, it’s unlikely any looming major faults will have been addressed. In reality, they may be trying to sell privately because they hope you won’t know something major is about to go wrong when a dealer probably would.

Why prices for seemingly “identical” used cars can vary so much

For dealers, it can be a double-edged sword. Dealers now have buyers coming in armed with all this information, and they will often want to know why the model on the lot is more expensive than what looks like an almost identical one at another dealership across town. The thing is, no two used vehicles are identical, and that’s a fact.

They may be the same make, model, age, and trim level and have similar miles on the odometers, but there will probably be far more to it than that. There could be any one of a number of reasons why one is cheaper. The seats could be worn, it might smell of dogs or tobacco, the tires may be just above the acceptable limit, there might have been some poor body repairs or sub-standard respray work done, the service history might be incomplete or it could be in a less desirable color combination.

There are many very good reasons why seemingly identical vehicles are priced differently, but that still doesn’t stop you from using that information to try and get a better price. What I want you to keep in mind is it’s unlikely a large dealership charging more for a vehicle that’s cheaper across the street is trying to rip anyone off.

The one across the street might have been in stock for a few months, for example, and no dealer likes to keep a vehicle in stock too long as cars depreciate on a lot just the same as they do on a driveway at someone’s home.

Dealerships do turn over large amounts of money but don’t be fooled into thinking the profits are huge. The first day I started at a major franchise as a trainee sales exec, I was told to watch a video of the auto brand’s CEO giving a speech at the company’s annual conference.

What struck me most, and the only thing I can remember about it, to be honest, was that he congratulated dealerships on achieving an impressive net profit margin in the previous year of 1.5%. Just think about that the next time you think a dealer is trying to rob you because they won’t discount that car by an extra thousand dollars. 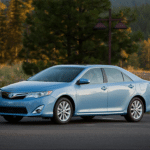 Can High Mileage Cars Really be Good Value For Money?

Is Dealer Applied Paint Protection Worth the Money? 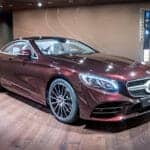