Going on a test drive is one of those things you just do when you’re looking to buy a car. But do you know how to test drive a car properly so you get the most out of this experience that many of us just take for granted as simply part of the car buying process?

Most of the time, a test drive is an extremely useful way of helping you decide if the vehicle you’re interested in really is the right one for you. However, it’s only really useful if you know how to get the most out of this limited opportunity to experience the car before you say yes or no, and that’s what I’m going to teach you here.

The topics I’m going to cover include:

How to approach the test drive

First of all, it’s not compulsory to go on a test drive if you don’t want to, and I’ve covered that particular topic in more detail here in another blog, Do You Need to Test Drive a Car Before Buying? I’ve had plenty of customers who find the test drive an almost traumatic experience where they are all consumed by the idea they are being judged by the salesperson on their driving skills.

All they want to do is get it over with as soon as possible, and they’re only doing the test drive in the first place because they feel they have to.

If this sounds like you then you have a number of choices. You could skip the test drive completely, but if you really do want to have a test drive at least make sure you have a close friend or relative with you to offer support and reassurance.

In the past, I’ve had customers who wanted to sit in the passenger seat and be driven by the salesperson or the person they’ve brought with them. I’m not convinced they get a whole lot out of doing it this way, but the customer is the customer, after all.

A better solution is to think carefully about the test drive before you even set off for the dealership. Think very analytically about what you’re going to do, such as checking how the seat adjusts, how responsive the accelerator is, how sharp the brakes are, if you like where the controls are positioned, etc. This way you’ll be more focused on what you are looking out for, and hopefully less concerned with worrying about how the salesperson is rating how you are driving.

How to dress for a test drive

A test drive is an opportunity for you to experience a vehicle before you potentially spend many thousands of dollars on it, so you should spend this valuable time concentrating on the vehicle and not struggling with other issues that shouldn’t come into it. Yes, dressing for a test drive really is a thing.

The most important thing is to be comfortable so your clothing doesn’t become an issue at all. Wearing sweatpants or shorts is perfectly fine as long as that’s what you feel comfortable in. This isn’t a fashion show, and don’t get the idea how you dress will affect how good a deal you get. Footwear is possibly the biggest issue, and yes ladies, I’m mostly talking about you.

Are you really going to be driving your car to the gym, or mall, or work in six-inch stilettos? If you are, then I might concede that doing the test drive wearing them is a good idea. If, like most people, you’re not going to be driving in heels like that, then wear something more practical.

Make sure you test drive the right vehicle

This might sound like a ridiculous piece of stating the obvious to some of you, but you’d be amazed how many people end up test-driving a vehicle that’s actually quite different from what they’re interested in buying.

You might be interested in a new Ford Mustang for instance, but what’s the point of test driving a 5.0-liter GT with a manual transmission when the model you’re interested in is an EcoBoost with a 2.3-liter four-cylinder engine and a ten-speed automatic?

It might not be your fault and the dealership might not have exactly the right car available for a test drive on the day you’re there. By all means, drive the model they have available to get an idea of things like the seating position and the controls, but make sure you make an appointment to come back when they do have the model you’re interested in available to test drive.

When to test drive a car

Try to arrange a test drive for when it’s convenient for you, but also try to make the appointment for what’s likely to be a good time for the dealership and the salesperson. A weekday before lunch is probably going to be the best time.

The dealership won’t be as manically busy as it could be on a weekend, and the sales team will have finished their morning follow-ups and other daily caretaking duties like sorting out the lot.

Bad times for a test drive are probably just as important to consider as when it’s a good time to go on one. Rolling up 20 minutes before the dealership is due to close won’t win you many friends, especially on a Sunday. First thing in the morning isn’t a great idea either as you might find the dealership isn’t as ready for you as it would be later, and you could find yourself spending a lot of time hanging around waiting for things to get sorted.

The best advice I can give is to make sure you make an appointment in advance, and then make sure you turn up on time. Not an hour early or half an hour late; on time.

What to look out for during a test drive

Most dealerships will have a pre-planned route with lots of right-hand turns that lead you conveniently back to the dealership in just the right amount of time. It will also be designed to show the vehicle off at its very best. This isn’t necessarily going to give you the test drive you need. Without being too unreasonable, tell the salesperson the kind of test drive you want to go on and they’ll probably oblige.

It’s no good driving around the city if you spend 90 percent of your time driving on the highway. If you’re buying a 4×4 to go off-road a lot of the time, 20 minutes up and down the freeway isn’t going to tell you what you need to know. Once again, make an appointment in advance and make clear what kind of driving you want to do.

If you’ve thought about the test drive in advance you should have a mental list of things to look out for. Not everyone will be concerned with the same things, so make sure you think about what matters to you.

You might be a bit of a driving enthusiast so the feel of the steering and how the car handles might be all-important. You may be concerned about safety, so how strong the brakes are and how features like lane-keep assist work might be what you’re most interested in.

If you’re like me, you might be more interested in how things like the infotainment, navigation, auto high beam, and air conditioning work, and how easy they are to operate while you’re driving. It really doesn’t matter if you don’t care how fast the vehicle accelerates.

Concentrate on the things that are important to you. A lot of people like a quiet ride, so if that’s you then make sure you listen out for things like engine, wind, and road noise.

It’s easy to get hung up on the big stuff with a test drive. The thing is, you’d be amazed how some little things about a car can become really annoying when it comes to using them on a regular basis if you didn’t try them out before you bought it. Some things you might want to try out during a test drive you might not think about, include:

I took delivery of a new SUV a few years ago and it kept beeping at me and trying to wrestle the steering from me whenever I went over a white line on the road. When I’d test-driven one it didn’t have the lane-keep assist feature activated, and it took me months to figure out how to turn it off. Of course, I could have consulted the manual, but when do men ever consult a user manual?

What to do once the test drive is over

Once the test drive is over you’re under no obligation to go into the dealership and discuss a deal. The salesperson will probably assume that’s what’s going to happen next, but don’t go down that route if you’re not happy to. If you really didn’t like the car and you have no intention of taking things any further, be honest and tell the salesperson. They’ll appreciate the honesty and will be only too willing to show you something else, either there and then, or at another appointment.

If you’re not sold on one particular model you could have other test drives to go on before you make your final decision, and having a night to sleep on it after you’ve had a test drive can be a very useful idea. Don’t feel under any pressure and don’t feel like you owe it to the salesperson to go through their full routine if you’re not ready to talk about buying. 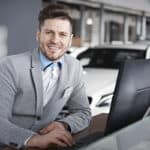 Car Salesman Secrets: 13 Tricks They Hope You Don’t Know About

Luxury Cars: Is a High-Spec Non-Luxury Model a Better Idea? 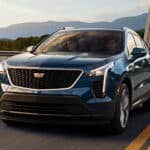