If you’re interested in new electrified cars that are more fuel-efficient and better for the environment than a traditional combustion engine model, you first have to decide if a hybrid, plug-in hybrid, or electric car is the best way to go. That can be confusing, especially when you start looking at alternative fuel vehicles and also find there are things like FCEVs and range-extenders to consider.

Hybrid, plug-in hybrid, electric, and FCEV (hydrogen fuel cell) vehicles are all types of vehicles that rely on electricity for propulsion to varying degrees. Hybrids and mild hybrids are the closest to the combustion engine models we’re used to and EVs (electric vehicles) are the opposite end of the electrification spectrum as they’re 100% powered by electricity.

I’m going to explain what they all are along with a number of models in between such as plug-in hybrids and fuel cells, and I’ll even explain what range-extenders are because you may have heard the term and wondered what they are.

Where we currently stand with electrified cars

Unless you’re something of an automotive geek (like me) you could be forgiven for being pretty confused about where the automotive industry currently stands with electrification. The media covers electric vehicles quite extensively, but you probably don’t come across them very often in your daily life. By this I actually mean 100% all-electric vehicles, not hybrids, because a lot of the time you might not even know if a car is a hybrid or not.

There’s no doubt the entire global auto industry is working extremely hard and investing eye-wateringly large amounts of money in electrifying their products, but we’re a very, very long way away from fully electric cars, trucks, and SUVs becoming the majority of new vehicles sold. The problem isn’t the vehicle technology; the problem is the huge lack of charging infrastructure to support electric cars.

When people talk about electric cars EVs what they will generally mean. An EV is a fully-electric vehicle that uses an electric motor or a number of electric motors powered by a battery pack for all of its propulsion. There’s no combustion engine element whatsoever, so when the battery is depleted it has to be recharged from a suitable power source.

The best-known and most prevalent EVs at the moment are the Nissan Micra and the Tesla Model S, but there are plenty more and loads on the way in the future.

EVs are often held up as the ultimate in environmentally friendly driving because they produce no emissions whatsoever from their tailpipes. However, you can get into quite an argument about how “green” they are as a whole if you then start to think about how the electricity to charge them is generated in the first place, their manufacturing carbon footprint, and the environmental impact of producing and disposing of their batteries.

The most affordable models on the market have real-world driving ranges on a single full charge of their battery of around 125 miles or a little more, although more expensive models can offer more than 200 miles. 300 to 400-mile ranges are not far away, and Tesla is even claiming its new Roadster will be able to deliver a 620-mile range.

Mild hybrids are extremely appropriately named because they really are the first stepping-stone towards electrification. Most mild-hybrid systems use a 48-volt electric motor as a booster in place of a 12-volt alternator, so it means the whole electrical system of the vehicle is 48-volt instead of 12-volt. The system can shut off the combustion engine when the vehicle is stopped, braking or just cruising, and some can even capture mechanical energy during braking.

A mild hybrid cannot run on electricity alone, so the electric motor only assists the combustion engine. The benefits are improved fuel economy and a power boost. The latest Ram 1500 pickup trucks have a mild-hybrid system called eTorque, and if this option is taken up for the V-8 gas engine it increases the engine’s torque by a massive 130 lb.-ft.

Hybrids have been around for quite a while now, and the most famous of them all, in the beginning, was the iconic Toyota Prius. Nowadays, most new vehicles offer a hybrid powertrain option in the range, and a lot of the time you wouldn’t know one unless it was badged as a hybrid as they look just like their gas engine siblings.

A hybrid uses a combination of power sources for propulsion, and most of the time it will be a combination of a gasoline combustion engine and an electric motor. There are diesel/electric hybrids too, but these are rare. The electric motor can power the vehicle without the combustion engine for short periods, but most of the time it works in conjunction with the gas engine to reduce fuel economy.

The battery that supplies the power to the electric motor is recharged by the combustion engine and by harnessing the kinetic energy produced by braking, which is called a regenerative braking system.

There’s a big difference between the hybrid technology employed most of the time at the moment in road vehicles and what the technology is actually capable of. The hybrids you’ll see in dealerships are focused on fuel economy, so the combustion engines in these systems will usually be reasonably small.

Hybrid systems can also be employed in a completely different direction, and that direction is performance. If you think hybrid technology is boring, mundane and has nothing to offer the driving enthusiast, you really need to check out hypercars like the Porsche 918 Spyder and the McLaren P1. In fact, today’s Formula One cars are also hybrids, and nobody can say their performance is anything other than mind-blowing. Unfortunately for us gear heads, the mass-market hybrids are all about fuel economy and low emissions at the moment.

Like a standard hybrid, a plug-in hybrid’s battery gets its charge from the combustion engine and from regenerative braking, but it also has the option to be recharged from an exterior charging source.

Unlike an all-electric EV, when a plug-in hybrid depletes its battery the car won’t come to a halt as the combustion engine will then take over. Like a hybrid, a plug-in hybrid has the same sort of range as a regular car, but you do also have the option of running on electric-only which is great if you spend a lot of time driving in built-up areas.

The big advantage of a hydrogen fuel cell over an EV is the fact it can be refuelled with liquid hydrogen in the same amount of time it takes to fill a tank with gasoline or diesel. The system then combines the hydrogen with oxygen in a clever process where all that is produced is electricity to power the motor and water vapour that comes out of the tailpipe.

I’m only going to mention range extenders because you may hear the terms now and again. The idea of a range extender is an EV that also has a small internal combustion engine onboard, but the gas engine is only ever used as an electricity generator.

Personally, I thought these were a great idea and the perfect way to get us to drive electric cars without the worry of being stranded if your battery runs out. This idea has been around for a long time, but the main commercially available models to use a range extender system were the Chevy Volt and the Cadillac ELR.

The ELR has been discontinued, and the second-generation Chevy Volt now has a system that’s effectively a conventional hybrid as the gas engine now contributes to propulsion. The BMW i3 is still available with a range extender as well as being available as a full-blown EV, but it seems the days of the range extender are numbered.

Where are we eventually heading with electrified cars?

At the moment it looks as though EVs will eventually win the war against electrified vehicles, and hybrids and plug-in hybrids will eventually fade away. Charging infrastructure is being improved all the time, but it’s a slow process, so the oil companies won’t have to worry for a considerable while yet.

Battery technology is also improving, and once we have mass-market EVs offering driving ranges on a single charge of 300 miles or more it will be much easier to convince buyers to embrace them. The time it takes to recharge an EV battery is going to be an issue for a while yet though. Fast chargers are getting very fast already, but they’re developing faster than the vehicles that are supposed to use them can keep up and the technology is very, very expensive.

Don’t get me wrong, electric cars are fantastic, and if charging them was as quick and easy as filling up with gas we’d all be driving them before you know it. But until there’s enough infrastructure in place to charge them and charge them quickly, so those of us without off-road parking at home can actually recharge them overnight, EVs will probably remain something of a novelty for the time being. 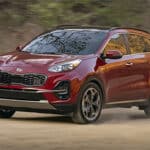 10 Tips That Will Help Retain Your Car’s Resale Value

If Sedans are not Popular, Should You Still Buy One? 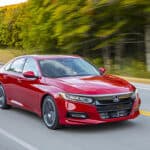