Is a New Subaru Pickup Truck Coming to America?

With Subaru having such a stellar reputation for the all-wheel-drive capability of its vehicles and pickup trucks being such massive-sellers in North America, surely adding a pickup truck to the Subaru family would make sound commercial sense for the Japanese automaker? There have been plenty of rumors over the last year or so, but is a new Subaru pickup truck really on its way to the American auto market?

In 2020 there were plenty of rumors flying around about Subaru building a new pickup truck for the American market, but those rumors have so far come to nothing. If Subaru was planning something like a new version of the Subaru Baja or even an all-new truck to rival our domestic full-size trucks, any plans for such a vehicle look to have been at least postponed and possibly canceled.

In 2020, a spate of rumors were doing the rounds about Subaru dipping its toe back into the lucrative pickup truck market. On the face of it, this made a lot of sense. Subaru is renowned as a manufacturer of off-road-ready AWD vehicles, trucks are massive business right now, and Subaru does have something of a track record in the pickup segment with the Baja that was in production between 2002 and 2006.

The Baja was an all-wheel-drive, four-seat, four-door utility built in Lafayette, Indiana between 2002 to 2006 by Subaru and marketed during the 2003 to 2006 model years. The Baja offered buyers car-like handling and passenger carrying characteristics combined with open-bed versatility and a small amount of the load-carrying capacity of a pickup truck.

If that sounds like an all-wheel-drive version of the Chevy Camino then you wouldn’t be too far off the mark, and the Subaru Baja definitely appeared to have borrowed the idea from the iconic Chevy. Of course, the Camino went out of production in 1987, so what made Subaru think there was a market for such a vehicle in 2002 when Chevy didn’t?

Subaru believed it could sell around 24,000 units of the Baja each year, but the company only managed to shift 30,000 units of the Baja over the four and a half years it was in production. If Subaru is going to start producing a new pickup truck for America or anywhere else in the world for that matter, it’s hard to believe it would give us a new version of what was effectively a Subaru sedan with a pickup bed instead of a trunk.

It’s not entirely out of the question that Subaru would use the Baja name for a completely new truck, possibly for a full-size model along the lines of the Toyota Tundra or a midsize like the Chevy Colorado or Nissan Frontier. It’s more likely, however, that if Subaru builds a completely new midsize or full-size pickup truck it will be given a completely new name to avoid comparisons with the less-than-successful Baja.

The first thing we all know about any new foray by Subaru into the pickup market is that any new truck would be standard all-wheel-drive, so forget about and rear-drive variants right here and now.

The additional weight four-wheel-drive systems add to any vehicle would mean an AWD Subaru pickup wouldn’t be able to compete on an even playing field with two-wheel-drive rivals when it comes to towing capacity.

If you’re not going to compete on towing capacity then there’s no point going into the full-size truck segment as you won’t stand a chance against the likes of the Ford F-150, Chevy Silverado 1500 or the Ram 1500. That leads us to conclude that a midsize pickup would be the obvious choice for a new Subaru entrant into the market, but that would present new problems and new decisions to be made by Subaru.

There are some pretty good midsize pickups out there already, such as the Chevy Colorado and Toyota Tacoma here in America, and the Toyota Hilux and Mitsubishi L200 Triton in other markets around the world. If Subaru wanted to offer something a little different and it had to be four-wheel-drive, perhaps a hardcore off-roader or a sport-focused model like the Ford Ranger Raptor would be the way to go.

One thing is for sure, any potential Subaru pickup truck would be built on a unibody platform and not a traditional ladder-frame, which is another reason why a midsize or compact would be the likely format as car-like unibody trucks can’t compete with ladder-frame chassis when it comes to towing capability.

A truck based on the Ascent?

If Subaru was going to strike out on its own with a totally new truck there’s every chance it would be based on the Ascent SUV. The Ascent is a three-row midsize unibody SUV that went on sale in North America as a 2019 model year, and you only have to look at it to easily imagine a version with a truck bed instead of a third-row seat and trunk.

The Ascent’s 260 horsepower, 2.4-litre, turbo-four boxer engine might sound a little feeble for an American market pickup truck, but it’s pretty similar to what you find in the likes of the Ford Ranger, Chevy Colorado, and Toyota Tacoma these days.

If you’re a Subaru fanboy (or fangirl) and you’re salivating at the possibility of a Subaru pickup truck on the horizon then you might want to dampen down your excitement at this point. In case you haven’t noticed recently, collaboration is the name of the game in the global auto industry these days.

To try and stay competitive in increasingly challenging economic circumstances, more and more automakers are now working together to share platforms, components, research and development and production costs. Although there are examples of such practices going back decades, these practices as well as full-on mergers are becoming increasingly common.

There are plenty of examples past and present of pickup trucks in particular being sold under different names and brands in different territories. Take the Mitsubishi Triton L200 for example. Over the years, various versions of the Triton have been sold as the Chrysler D-50, Chrysler L200 Express, Dodge D-50, Dodge Ram 50, and the Plymouth Arrow Truck. The latest fifth-generation is also now being sold as the Fiat Fullback and Ram 1200 in Asia and South America.

Don’t forget that Subaru already has a history of collaboration with the BRZ basically being a rebadged Toyota 86, so it’s hard to believe a new Subaru pickup truck wouldn’t be a collaboration of some sort. Even the Mercedes-Benz X-Class pickup, which is another truck we can’t buy in America, is effectively an expensive Nissan Frontier (Navara)!

Is there a market for a Subaru pickup?

Unless a new Subaru pickup truck brought something entirely new to the market, it’s hard to see where the demand is. Let’s face it, pickup trucks are pretty derivative and the pace of pickup truck development is positively glacial, so Subaru would be taking a massive risk if were to bring the market something completely off-the-wall such as an all-electric or even a hydrogen fuel cell off-road pickup truck.

If I was going to put money on it, which I’m not, I’d say that if a Subaru pickup truck does appear on the horizon it will be a model developed by someone else that’s badged as a Subaru to be distributed and sold in America. As Toyota and Subaru already work closely together a Subaru version of the incredible Toyota Hilux would be a good bet, although perhaps not until Toyota produces a new generation Hilux.

The Hilux got a mid-cycle refresh for the 2021 model year, so it’s possible the rumors about a Subaru Pickup could have come from Subaru and Toyota discussing a Subaru badged version of the 2021 Hilux. Of course, then along came the coronavirus pandemic, and that put paid to a lot of new vehicles that were due on the market.

Although companies like Chevy had brand new generations of models ready to go for 2021, the dramatic slump in new vehicle sales caused by the virus and lockdowns led to the old models being continued and the new ones held back until the 2022 model year. That could be the reason why the 2020 rumors about a new Subaru pickup truck for America appear to have come to nothing.

It’s not that it wasn’t a possibility because so many credible websites coming out with similar stories at the same time are rarely entirely wrong about what’s coming in the auto industry, but since March 2020 we’ve all been living in a world that nobody predicted. 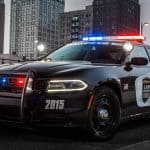 Should You Buy a Used Police Car?

Should You Buy a Used Nissan 350Z? 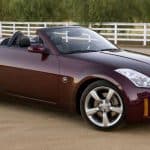