Modern cars are available with all sorts of different transmissions these days, but they still effectively fall into two categories of manual and automatic. As manual transmissions are becoming increasingly rare nowadays, will automakers continue to sell manual cars in the future and is it already harder to sell a manual car than an automatic?

If a car was available in both manual and automatic versions when it was new, in most cases it will be harder to sell as a used car if it has a manual transmission. This isn’t always the case, however, as some cars such as sports cars can actually be more desirable if they have a manual transmission.

Why would a car have a manual transmission?

You have to think about a lot of things when you buy a car, truck, van or SUV, but it amazes me how little thought some people give to what the vehicle they choose will be like to resell when the time comes around.

Lots of things help to determine how easy or hard a vehicle is to sell, such as the color, condition, and the features it has. And one feature that could have a huge bearing on how easily you can sell your car and how much depreciation you have to swallow is the transmission.

To understand why having a manual transmission could make a car harder to sell, or in some cases easier to sell, you need to establish why the vehicle in question was sold with a stick shift in the first place.

If a manufacturer wants a model to have as low a starting MSRP as possible to attract budget-conscious buyers, having a base model with a manual transmission as part of its standard equipment will help keep the price down.

Mass-market brands often like to have a headline-grabbing low starting price that will catch the attention of prospective buyers, but not that many end up buying the base model. Consequently, manual versions will usually make up only a very small percentage of the units sold of that vehicle.

Of course, that’s not the only reason why a car might have a manual transmission. Manual transmissions used to be seen as more enjoyable and more engaging for those people who actually enjoy driving for the sake of driving, especially with performance cars. Years ago, the idea of fitting an automatic transmission in something like a Ferrari or a Lamborghini would have been seen as heresy.

Will all cars be automatic soon?

Almost all cars sold in North America are automatic already, but before too long, every new car sold will be automatic. As internal combustion engines are phased out in favor of electric or possibly hydrogen fuel cells, manual transmission will become a thing of the past.

I remember when Land Rover announced that it was going to drop the manual transmission option from the LR3 (Discovery) so all future models would be exclusively automatic. While some old-timers were pretty disgruntled at the idea, Land Rover knew what they were doing as very few manual versions were being sold at the time and the number was continuing to decline.

Even though it was seen in some quarters as a slightly controversial move to drop manual transmissions for the LR3 at the time, it was already much harder to sell a manual LR3 Discovery than an automatic one.

We used to have used manual models on the lot from time to time purely because we’d taken them as trade-ins. If another dealer or a trader contacted us with one to sell that was manual we wouldn’t touch it.

In the case of that particular model then, not only did a manual transmission make a Land Rover Discovery LR3 harder to sell, but it also had quite a detrimental effect on the value. If we had two identical models for sale but one was a manual and the other was an automatic, the manual would be priced much lower to give us a chance of selling it.

The price difference when brand-new might have been something like $1,500 more for the automatic, but the difference between a manual and an automatic version would be more than that in the used market.

It depends where you are

Americans have preferred automatic transmissions over manuals for decades now, but elsewhere in the world, it has been the opposite way around. In the UK, for example, a lot of drivers still won’t entertain the idea of buying or driving an automatic.

It took until as recently as 2020 for sales of new vehicles with automatic transmissions in the UK to break through the 50% barrier. But in the same year, CarMax said that 96% of Americans were driving automatics, and in 2018 Edmunds stated that just 2% of vehicles sold in the US had manual transmissions.

Do some manual cars have higher resale values?

Some manual cars do command higher resale values than their automatic equivalents, but this is only usually found with classic cars and often very expensive ones. If you are looking to buy something like a rare, early Mustang you might find that a manual version is rarer and more desirable and therefore more valuable than an automatic equivalent.

On the other hand, if you are looking at a 2011 Ford Fiesta and it has an automatic transmission it is going to be more expensive and more desirable than one with the standard five-speed manual.

Will manual cars get harder to sell?

Manual cars will become increasingly difficult to sell in years to come as there will be fewer and fewer drivers who will even be able to drive them. U.S. News and World Report stated a couple of years ago that just 18% of Americans even knew how to drive a car with a manual transmission, and that percentage will drop lower and lower as the years go by.

I suppose there will always be some people who want to buy a used manual car, but locating them is not going to get any easier. And if you think there might be some sort of rarity value attached to manuals in the future if there will be so few of them, then I think you’re deluding yourself.

There will always be a market for a multi-million-dollar classic Ferrari or Aston Martin with a manual transmission, but not your 20-year-old Chevy sedan with 300,000 miles on it.

Is a manual less likely to be stolen? I will confess that I wasn’t a fan of automatic transmissions for a very long time and wouldn’t have bought a car with anything other than a manual transmission. That all changed when I first went to America, however. The first car I hired for our vacation in Florida was a Chrysler Sebring convertible, and of course, it had an automatic transmission.

Although I knew I would have to drive an automatic in America, I wasn’t too thrilled about the idea. But as we drove out of Miami airport at night into a city I didn’t know on a side of the road I wasn’t used to driving on, it soon became obvious to me that the automatic transmission was an absolute blessing. I had enough to concentrate on without having to think about changing gears in an unfamiliar car, and since that day I’ve never had a manual if I could possibly avoid it.

When I got back home, I actually found it much more difficult to re-adjust to my manual Audi A4 than I found driving in a foreign metropolis in an automatic for the first time a couple of weeks earlier. 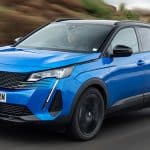 Read This Before Buying a Used Cadillac XT4 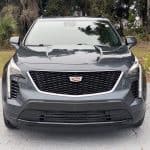