Is it the Right Time to Buy an Electric Car Yet?

I’ll set out my position for you on this matter quite clearly. Although I’m a big fan of electric cars and electric vehicles (EVs) in general, we’re some way away from them being the right choice for the majority of buyers at the moment.

If you’re the right type of person, if you have the money, and if your life circumstances are exactly right for owning and running an electric car, then yes, now is the right time to think seriously about an electric car.

However, if you don’t fit the criteria I’m going to set out here, you really should stay away from electric cars for the time being.

Here are the issues I’m going to cover:

What do we actually mean by an electric car?

You’ll hear industry types and pundits talk a lot about the “electrification” of the auto industry, but you shouldn’t assume they are talking about cars that are 100% electric. For example, I heard the boss of Bentley being interviewed about his company’s “ambitious” electrification plans the other day, but they didn’t even come close to including an all-electric Bentley model.

When experts and industry insiders talk about the electrification of the auto business, they’re including all sorts of hybrids along with genuine EVs. This even includes what are sometimes referred to as “mild hybrids,” which as the name suggests, are only one very small step away from a conventional combustion engine car.

To make it perfectly clear, when I talk about electric cars I mean ones that are totally electric with no fossil fuels involved in the propulsion system whatsoever. In fact, a fully electric car is as closely related to something like a vacuum cleaner as it is to a conventional gas or diesel car. That’s why a lot of companies who are currently developing EVs are not automakers at all, such as Dyson, the UK vacuum company.

An electric car has a large battery that provides the power for an electric motor or motors to drive the wheels. When the battery runs low it has to be recharged from a charging station of some sort, whether that’s a commercial one or one you have at home.

There are a number of different reasons why you might be thinking of moving over to an electric car, and it’s important you think about your reasons carefully and honestly before you take the plunge and pull the trigger on an EV. Some reasons are practical, some are ethical and some are logical, but you need to be honest with yourself about why you want one.

I’ll start with the easy one, which is ideology. A lot of early adopters of electric cars are buying them purely and simply because they see them as an environmentally friendly vehicle option. Even then though, we can divide this group into two different camps.

Some people genuinely want an electric car because it doesn’t put any harmful emissions into the atmosphere, so while they’re going about their daily business in their car they’re not harming the environment in the way they would be with a conventional vehicle.

The other group is perhaps more concerned with showing everyone else that they care more about the planet than they do, and driving a zero-emissions vehicle is one of the most overt ways of achieving their goal.

Another reason you might consider an electric car is that it will be cheaper to run than a combustion engine model. In terms of “fuel” alone, an electric car is cheaper to run than a gas-powered car. As a rough guide, someone driving 15,000 miles per year in the US will have to pay something like $540 to recharge their EV over a 12-month period. If we use a gas car doing an average of 25 mpg as a direct comparison, it would cost around three times as much to put gas in the tank to do those same 15,000 miles.

The other main reason you might want an electric car is that some of them are starting to get really, really good, and they can genuinely be considered fabulous cars in their own right. A superb example is the Jaguar I-Pace all-electric luxury SUV. In 2019, the I-Pace was named best design, best green car, and the best overall vehicle in the World Car Awards at the New York International Auto Show. It really doesn’t get better than that, especially when you check out some of the non-electric models the Jaguar beat to win the overall award.

Where you live matters – a lot!

For the moment at least, where you live really matters when it comes to whether an electric car is a viable option for you or not. For a start, a lot of automakers only sell their new all-electric models in certain parts of the country, to begin with – often in California.

There are a number of reasons for this, but healthy financial subsidies for buyers, being one of the biggest markets for vehicle sales in the US, and the fact Californians are particularly environmentally aware are the main ones.

The kind of home you live in also plays a huge part in whether you should buy an electric car or not at the moment. If you live in a house with off-road parking you can easily run a lead to your car to charge the battery. If you live in an apartment you don’t have this option. Even if you have a parking area at the front or rear of the block, charging the vehicle at home might be impossible.

That leaves you at the mercy of commercial charging points, and that’s not a reliable way to run a car unless it’s at your work or somewhere else you leave your car for a lengthy period of time on a regular basis.

If you don’t live in an urban area, that can be a big dilemma too. If you have to drive a good distance from your home to get where you need to be for work or something, you may be testing the range of the battery and the distance you can go before a charge is needed.

To be honest, most people actually think they need a greater range than they really do, but if you live in the middle of nowhere I’d certainly stick with combustion engines until battery technology gets a whole lot better than it is right now.

It also matters what the climate is like where you live. If you’re in California, Texas or somewhere else that’s mostly warm all the time, you’ll probably be able to get somewhere close to the claimed range with an electric car. On the other hand, if you live in the north where it gets seriously cold in the winter, you’re not going to get anywhere near the same range in freezing temperatures you’ll get when it’s warm. That 120-mile journey in an EV to visit your folks might be fine in July, but in January? Not so much.

Think about how you drive

Electric cars are great for lots of short journeys around town or in the city, but long journeys on the highway can be a recipe for anxiety, especially if you like to get a move on when you’re driving. How heavy you are with your accelerator foot will have a big bearing on how far you can drive before the car needs recharging.

On a longer journey on the highway, you’ll really need to know where an available charging point is, and if you’re relying on it, you’d better hope that it’s working or it’s not being used by someone already for the next 6 hours.

The good news is you can adjust your driving to improve the range you get on a single full charge of the battery. The bad news is you might not enjoy driving like your grandma all the time. Even so, it just emphasizes how much you need to analyze your driving needs and habits before going down the all-electric route at the moment.

Electric cars are still somewhat in their infancy, so some of the long-term costs of owning and running an EV are not entirely clear. What we do know is they’re expensive to buy, and if you plan to change your vehicle every three years or so you’re not going to make up the price difference between an electric and a gas model in fuel savings.

If you plan to keep your car for a long time, you then have to think about maintenance costs. Insurance tends to be a little higher and tires can be more costly with an EV, but servicing will be about the same or less. Electric car depreciation is often a little worse than a gas-powered equivalent, but the big question is going to be the battery.

Some manufacturers are making big claims about the potential life of the batteries in their electric cars, and these claims are based on a lot of testing. However, anyone in the auto business will tell you manufacturers can do all the testing they want before a vehicle goes on sale, but reality can bite when it gets into the hands of the general public. Faults and the lifespan of components can be very different in the real world, compared to the test track or laboratory.

Constantly charging and recharging a battery takes its toll and replacing a car battery is going to be expensive. If it turns out your model’s battery doesn’t last as long as might have been hoped, imagine what that will do for resale values. And if you do keep the car for 10 years or more, how much is it going to cost to replace the battery or the motors in the future, especially as the car won’t be worth a whole lot by then?

When will the time be right?

The amount of money automakers are putting into electric vehicle development is staggering, and they’re all in a hurry to get ahead of the game. Unless there are big strides in battery technology so affordable, mass-market models can have ranges of 300 miles or more, the public charging infrastructure is going to be the big stumbling block.

Just think of your nearest gas station and how many cars go through there in an hour. Now imagine every one of those cars taking at least 30 minutes for a battery top-up charge, or much longer for a more substantial charge. Then the station is going to need an awful lot more charging points than it does gas pumps, and a ton of extra space to accommodate all those cars.

If you live in a house with off-road parking in a relatively urban area, and if you don’t drive more than a hundred miles or so each day, an electric car is worth thinking about. My problem is there isn’t a huge amount of choice when it comes to affordable electric cars at the moment.

The Nissan Leaf and the Hyundai Ioniq Electric are decent cars, but for around the same money, I could have a Camaro LT, or a Dodge Challenger SXT and change. On the more practical front, you could also have a Ford Edge for the same price as a Nissan Leaf.

If you fit the criteria I’ve set out for being the right sort of person for an electric car at the moment and you can afford a Jaguar I-Pace, then, by all means, go ahead and get one. You’ll love it. Otherwise, as long as your environmental conscience will allow it, stick to fossil-fuel-power or hybrids for the time being. 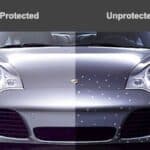 Car Dealership Add-Ons: Which Ones are Worth Buying? 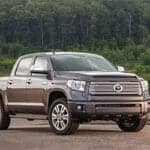