Most people with more than a passing interest or involvement in the auto industry will know that Lexus is the luxury division of Toyota, but is it really a luxury brand in the way the general public perceives such matters? Are Lexus cars and SUVs just expensive Toyotas, or is Lexus really a luxury car brand that stands shoulder-to-shoulder with other brands whose luxury status cannot be questioned?

Technically speaking, Lexus is a luxury car brand even though it’s effectively part of Toyota in a similar way to how the now-defunct Scion brand was a more youthful off-shoot of the Japanese auto giant. However, there always has been, and perhaps always will be, some debate as to whether the brand has the same level of prestige and kudos as the likes of Mercedes-Benz, BMW, Porsche, Cadillac, Range Rover, and others.

The history of Lexus

In terms of major automotive brands, Lexus is something of a newcomer as it’s only been around since as recently as 1989. You probably won’t be too surprised to hear that it was formed at almost the same time as Nissan and Honda developed their Infiniti and Acura premium brands that also promote debate around where they stand in the market in terms of buyer perception.

There’s also some debate surrounding the origins of the Lexus brand name, with some suggesting that it’s an acronym for “luxury exports to the U.S., while other sources claim that the brand name has no specific meaning other than to denote a luxurious and technological image.

The first car produced by the brand was the LS 400 which made its debut at the North American International Auto Show in Detroit in January 1989, and it was quickly praised for how quiet and well-appointed it was as well as for its ergonomic interior, engine performance, build quality, aerodynamics, fuel economy and value for money.

On the other hand, some industry commentators saw fit to criticize it for what they saw as its derivative styling and a suspension that didn’t handle too well and wasn’t delivering a particularly comfortable ride for a supposed luxury car.

It would be easy for Lexus to just take existing Toyota models, make them more luxurious and give them a bit of a different look like Ford tends to do with its Lincoln luxury brand. To be fair, even though Toyota and Lexus models understandably share platforms and other components, it’s not obvious to be able to link a Toyota model with its Lexus equivalent in the same way you can with other related brands like Lincoln and Ford.

Lexus has always produced models that are pretty easily identifiable as a Lexus, and in recent years that has become even more the case. In fact, it could be said that some Lexus models over the last few years have gone so far as to become too radical and polarizing for some tastes.

Personally, I think Lexus has been going in a direction I really like and I would now definitely consider buying one. It’s not even one particular model as I like the overall design philosophy across the range.

I will admit that I do prefer my cars and motorcycles to look like they’ve been left behind by an alien spaceship. Apart from American muscle cars and trucks, I don’t really do retro. I bought a new motorcycle early last year and while a lot of people love the retro looks of something like the Kawasaki Z900 RS, I went for the standard Z900 that’s modern, aggressive, and angular-looking.

That’s the same way I would describe the Lexus design philosophy, which is probably why I like the way they look at the moment.

What’s the difference between a luxury and a premium brand?

No hard and fast industry definition exists that immediately and definitively separates a luxury car from a premium car, but I’m going to give you my definition after twenty years in the auto business. A luxury car brand is one where the badge says to people that you’re driving something special, whereas a premium car brand is one that sits between luxury and mass-market brands.

For example, I don’t think too many people reading this would argue that Mercedes-Benz isn’t a luxury brand. Just as I wouldn’t expect anyone to make a case for Chevrolet being anything other than a mass-market brand. If you get those two examples fixed in your head and imagine the space in between, premium brands inhabit that space.

Some premium brands are very easy to identify, but like anything in life, gray areas definitely start to appear once you move beyond the patently obvious. As far as I’m concerned, Buick, GMC, Volvo, Jeep and Genesis are cast-iron examples of premium brands, although I’m sure fans of those brands and people connected with those brands would like to differ.

It’s equally easy to identify a number of true luxury brands, which for me are the likes of BMW, Mercedes-Benz, Cadillac, Jaguar, Porsche, Bentley, Rolls-Royce, Ferrari, Lamborghini, etc.

Now we get to the gray areas, and I know some of these are going to be contentious. As far as brands that are supposed to be genuine luxury brands that I think fall into the realms of premium, my candidates are Lincoln, Acura, Infinity, Audi, Tesla, Alfa Romeo, and yes, Lexus.

Equally, I would also make a case for some mass-market brands to be considered a little more premium than mass-market these days, such as Volkswagen, Chrysler, Mazda, Dodge and Mini. I know there will be dissent and argument with my suggestions, but this is how I view these brands with my experience of how buyers perceive them.

This may be a bit of an outdated analogy these days but bear with me. If you want to know where an auto brand sits in the impress-a-stranger spectrum, take a moment to think about your initial reaction when you see someone’s car key when they put it on a counter.

If someone puts a BMW, Mercedes-Benz, or Porsche key on the counter you’re probably going to think they must be doing pretty well for themselves, right? That would be even more the case if they put down a Ferrari, Porsche, Lamborghini, or Range Rover key.

You might still be impressed by an Audi badge on their keyring, but what about a Buick, Volvo or Lexus one? Do you see where I’m going with this?

Does the price make a difference?

Things get really interesting when it comes to how much a car costs in relation to the perception of its brand, and this is where you probably can make a strong case for Lexus being a proper luxury brand.

Take a 2022 Mercedes-Benz A220 Sedan for example. It has the unquestionable kudos of being a luxury car but the starting MSRP was just $33,950. By way of complete contrast, you wouldn’t exactly be bowled over if someone slapped a Ford keyring on the counter and they told you they were driving a 2022 Ford Edge.

Getting back to Lexus, the most affordable model in 2021 was a Lexus UX 200 FWD with a starting MSRP of $33,000. However, the rest of the models start from just below $40k and most of them cost considerably more and you can quite easily pay $100k in some cases. Does that make Lexus a luxury brand after all? I’m still not so sure.

Is Lexus considered prestigious as a brand?

Lexus as a brand is held in higher regard in America than it is just about anywhere else in the world, which is why it’s such an important market for the brand. Many Americans even see it as a more luxurious and desirable brand than its more traditional German luxury rivals, and you certainly can’t say that about other markets such as Europe, and perhaps even its native Japan!

Is Lexus better than BMW and other luxury brands?

How prestigious and desirable you see the Lexus brand is up to you and I hope that I’ve given you food for thought here in this article, but if you want to ignore how fancy the badge is for a moment and concentrate on quality the argument is completely different.

In terms of quality, reliability, maintenance costs, durability, and longevity, Lexus is just about impossible to beat. If you want a car or SUV to keep for a long time that won’t let you down, won’t cost an arm and a leg to service and run, and where the comfort and quality are bordering on the remarkable, then go and get yourself a Lexus.

Would I buy something like a Lexus UX, NX, or RX over a BMW X1, X3, or X5? Absolutely I would, and I’d also buy the Lexus over any Mercedes or Audi equivalent too. I also like the look of the Lexus LC coupe too, but I’m afraid there are other places I’d go to spend $100k on a car I’m afraid.

Do you think Cadillac is more prestigious and more of a luxury brand than Lincoln? Although both are luxury arms of mass-market automakers, I do see Cadillac as more of a luxury brand than Lincoln, but I also see Lexus as a cut above the pair of them. I do like Cadillac, especially the CTS-V Blackwing, of course, and the Escalade is a legend on four wheels. But for me, there’s a glaring chasm in quality in favor of Lexus, and I think that’s where I may have answered my own question here.

My thoughts on the matter

As a European with Land Rover and Range Rover running through my blood and having bought my first BMW in 1988, I still can’t get as excited about Lexus as a brand as I can the likes of Mercedes and BMW.

That Lexus badge simply doesn’t stir the soul in the same way as the three-pointed star or the blue and white rondel, but if I had to put my hard-earned cash down I’d probably buy a Lexus over any other luxury model costing similar money for the way they look and the superior quality of the Lexus.

Does that mean I now agree that Lexus is a genuine luxury brand? No, it doesn’t I’m afraid. I do put Lexus above Acura, Infiniti, Volvo, and Genesis, but still not in the same brand snobbery class as BMW, Mercedes, or Range Rover. Where I see Lexus is on the same sort of level as Audi, but plenty of people aspire to own an Audi and they think it’s as prestigious a badge as any luxury brand.

Personally, I’m way past the old brand snobbery thing and I choose my new cars based on whether I like the look of them, whether they have the features I want and whether I think they represent good value.

What the badge is on the front or rear and what anyone else thinks about when I’m driving doesn’t matter to me at all, so you could well see me driving a Lexus next when the time comes to change my current vehicle. 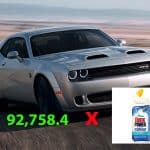 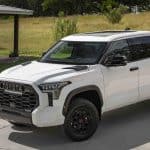