Learning to drive a car and getting your license is one of life’s great freedoms but it’s something a lot of us soon start to take for granted. For those of you who are yet to embark on this momentous journey, there’s a question you ought to think about before you start to take driving lessons. That question is whether you should learn to drive a manual “stick-shift” transmission or whether you just stick to automatic?

Why do Americans prefer automatic cars?

Americans generally like things to be convenient and as easy as possible to use and it’s pretty obvious that automatic cars are easier to drive and easier to learn to drive than cars with manual transmissions. Unless someone is a genuine driving enthusiast, it makes a lot of sense to choose an automatic car over a stick shift.

It’s also a fact that Americans embraced automatic transmissions in a big way long before drivers in many other countries around the world. I learned to drive a manual in the 1980s because in England because there were very few automatic transmissions around in those days so almost every car you were likely to come across was manual.

The first time I ever drove a manual was on my first trip to America about 20 years ago. We flew into Miami Airport and I rented a Chrysler Sebring convertible for two weeks to drive to Orlando, Tampa, and then down to Key West and back to Miami. Inevitably, the Sebring was automatic and my conversion to preferring automatic cars was instantaneous and permanent.

On the other side of the Atlantic, it was common knowledge that almost everyone in America drove automatics, but there was a huge myth about why that was the case. It was taken for granted that because America is so big with such wide-open spaces and expansive roads and highways, automatic transmissions made more sense than on the tight, twisty roads of Europe.

I swallowed this lie for years until I started driving that Sebring in a city I’d never been to in my life and on the “wrong” side of the road for the first time in my life. Experiencing all that for the very first time and exiting Miami Airport to try and find the right route north would have been infinitely more difficult if I’d had to change gears and use a clutch as well.

When you’re driving on a long, straight road for hundreds of miles it makes no difference whether you’re driving a manual or an automatic because you can easily spend an hour or more driving without having to change gear anyway!

Is it better to learn to drive automatic or manual?

It’s better to learn to drive a car with a manual transmission because then you will be able to drive manual or automatic cars in the future. If you can drive a stick-shift you can easily drive an automatic and you are allowed to, but if you learn in an automatic you probably won’t have any idea how to drive a manual if you come across one at some point and your license won’t allow you to anyway.

Think of learning to drive a stick shift like making pancakes. You can go to the store and buy a ready-made pancake mix and make some delicious pancakes, but if that’s the way you learned to make pancakes you’ll be pretty stumped if there’s no ready-mix available and all you have are eggs, flour and milk.

You could learn to drive stick-shift and never drive one again for the rest of your life, but you know you’ll be able to if the occasion ever arises. On the other hand, if you only learn to drive automatic you’re going to be pretty stuck if you need to drive sometime and the only vehicle available has a manual transmission, aren’t you?

Is it hard to learn to drive a manual car?

At first, it can be more than a little daunting to get to grips with driving a manual. I’ll admit that before I got in a car for my first driving lesson I didn’t even understand when or why you had to change gear in the first place.

Understanding when and why you have to change gear is one thing, but actually physically engaging and disengaging the various gears is another matter entirely. I’m pleased to say I soon got the hang of it and then you can concentrate on all the other important stuff like not hitting other cars, but not before a decent amount of abuse was endured by the car’s clutch and gearbox.

The good news I can give you if you’re interested in learning to drive a manual car is you’ll soon master it, and before you know it you’ll be changing gears without even thinking about it. I recently had a similar situation with learning to ride a motorcycle for the first time after 35 years of driving cars.

Before I started, the idea of operating a gear lever with my left foot and the clutch with my left hand sounded about as alien to me as anything I could imagine.

I also couldn’t get my head around that “one down and four up” thing, but after a quick explanation from my instructor and a few minutes with the bike I soon got used to it and now I change up and down the gears without thinking. It really does become second nature in no time at all.

Is it hard to learn manual after driving automatic for years?

It will be difficult to learn to drive a car with a manual transmission after years of only driving an automatic, but you’ll already have mastered all the other aspects of driving so it will only be a case of learning the physical operation of the stick shift and the clutch.

It’s harder to learn to use a stick shift from the start because you’re trying to learn to drive from the point of not being able to drive at all, whereas if you’ve been using an automatic for years you can obviously already drive.

Perhaps surprisingly, in my experience, a lot of people have a harder time adjusting to an automatic after years of driving manual cars. When I was in the retail auto business I spent a lot of my career selling Range Rovers and Land Rover LR3s that were exclusively automatic.

I can’t count the number of times I thought I was going to die on a test drive with customers who had only ever driven manual cars but who wanted to trade up to a Range Rover. The problem was they were used to having three pedals and they would get mixed up between the brake and the accelerator.

Do I have to spell out how terrifying and dangerous it can be when you’re the passenger in a vehicle and the driver stamps hard on the gas when what they really needed to do was stamp on the brake?

What are the advantages of manual transmissions?

The main reason for some cars still being produced with manual transmissions is because they are more fun and more engaging to drive than automatics, as long as you know how, of course. However, when I was researching to write this article I came across another article claiming to spell out the advantages of manual transmissions that was written in 2013.

Driving a manual car is still more fun and more engaging than driving an automatic, especially if it’s a performance car, but that’s probably the only advantage they have now apart from cost. Most cars in America are automatic-only these days, but where a car is still produced in manual and automatic versions it will often cost a little more to have the automatic.

However, in some cases, even that can be the other way round as manuals are now pretty rare as demand for them is so low.

The article I’m referring to claimed manuals were easier and cheaper to maintain, they deliver better fuel economy than automatics, and they offer more control as braking is easier without the torque converter found in automatics. I think modern automatic transmissions seriously question the validity of all those claims these days.

It used to be true that manual transmissions delivered better fuel economy than automatics, but nowadays it’s completely the other way round in the overwhelming majority of cases and it’s automatic transmissions that offer the best fuel economy ratings.

The reason manual transmissions used to be more economical is because they had four or five gears when early automatics would have fewer; possibly as few as just two or three. That’s certainly not the case anymore as there are plenty of automatic transmissions that have 7, 8, 9, or even 10 gears.

More gears and the more efficient computerized shifting of automatic systems mean they’re now considerably more fuel-efficient than manual transmissions with fewer gears. And that’s before we even start to talk about different types of automatic transmissions such as CVTs.

On the other hand, if you add up how much it costs over the lifespan of a manual car to keep replacing clutches you’ll probably wince about that too. And of course, you don’t have a clutch with an automatic transmission.

My verdict on manual vs automatic transmissions

I used to be a committed advocate of manual transmissions and I couldn’t see what anyone could get out of driving an automatic, especially if it was a sports car. I thought automatics were dull and boring and I wondered why would anyone want to use more gas than they needed to by opting for an automatic over a manual, especially in a country with sky-high gas prices.

Of course, that was then and this is now. I’ve changed, the way I drive has changed, and automatic transmissions have now changed for the better beyond all recognition from the old two and three-speed units of decades passed.

Even Formula 1 cars now have semi-automatic transmissions for heaven’s sake! You can even have those paddle shifters on the steering wheel with your automatic transmission to give you almost as much manual control as you’d have with a stick shift. I’ve written a lengthy article about those too, which you might want to check out.

I wouldn’t even consider buying a new car these days with a manual transmission, but that doesn’t mean I’d now advocate people only learning to drive automatics. Even though it probably won’t be too much longer until no new cars are built with manual transmission options, I’d still say you should learn to drive a manual even if you don’t intend to buy one.

There are a lot of cars out there with manual transmissions, and one day you might want to drive one. You might even find yourself in a foreign country someday and the only car you can hire might be a manual, so what do you do then if you’re desperate and you’ve never learned to drive a stick shift?

You may even make your fortune one day and discover a love of classic cars, but what’s the point in spending $60million on a 1960s Ferrari GTO if you can’t drive it because it’s not automatic? Just a thought. 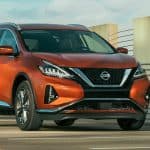 What to Look for When Buying a Used Nissan Murano

What to Look for When Buying a Used Dodge Charger 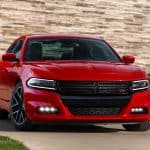