The Chevrolet Traverse is now in its second generation. But has Chevrolet invested enough time and money in the Traverse to keep it relevant in the market, or is the shine now starting to fade? The competition has grown significantly in the last few years with models like the Kia Telluride, which has been an instant market hit and is hitting the market share of the less-desirable Chevy.

Below is an overview of the Chevrolet Traverse from the 2016 model year onwards, noticing how much it has changed in all the right and wrong ways.

The first generation is built on what Chevrolet calls the Lambda platform, which also underpins its corporate cousins, the GMC Acadia and Buick Enclave. These are more upscale models, while the Traverse is more economical and mainstream option. This generation was facelifted in 2013.

This generation was powered by a 3.6-liter V6 rated between 281-288 hp and 266-270 lb.-ft. of torque, depending on the trim level and model year. The same is the case with the transmission; a six-speed automatic remained the only one until production ended.

The first-generation remained in production for eight model years, which is a good amount of time for a mainstream midsize crossover SUV.

The Chevrolet Traverse has been regularly updated since its introduction back in 2008. It has proved to be a reliable vehicle and great value for money.

Three trim levels of the 2016 Traverse were offered: LS, LT, and LTZ. The 2016 Chevy Traverse has an impressive interior with lots of passenger and cargo space. But the engine is underwhelming and the car feels sluggish when attempting traffic overtakes. Due to its size, it feels cumbersome when maneuvering in tight places. However, not all is bad. The ride is comfortable and smooth, the cabin is quiet, and the handling is good for this big vehicle.

On the inside, you get what you pay for. Material quality is good, but the overall look and feel range from pleasant to more upscale in higher trims. Interior space is not a problem in the Traverse. Cargo space is higher than others in the competition, even when the third row is not folded down. The safety score is the best among its rivals, and fuel economy is respectable for the class at 17/24 mpg city/highway for front-drive models and 16/23 mpg with all-wheel drive.

For the 2016 model year, Chevrolet added OnStar 4G LTE with Wi-Fi hot spot, and there is also a new entry-level model, the Base LS.

The 2017 model year doesn’t change much from the 2016 model except for the trim levels. The Premier trim replaced the LTZ trim, and there is a new limited-run Graphite Edition, available on the 2LT trim model. It adds 20-inch dark charcoal wheels, dual exhausts, black bowtie badges, an integrated step-assist, and four exterior paint choices: Metallic Black, Metallic Gray, Metallic Red, or Pearl White.

The infotainment system had become laggy by now, and the powertrain was still not enough for its 5,000 lb curb weight when you want to floor it, so acceleration is on the sluggish side. However, this will be worth sacrificing for the Traverse’s roomy interior space, as well as its smooth highway ride.

The Traverse has started to show its age since the last update was four years ago, so it’s getting a bit long in the tooth. The interior has become outdated in terms of design and functionality, but in-car technology tries to make up for it.

The crux is that a spacious and roomy interior and a smooth ride were keeping it from falling behind the competition. Competitors, especially the updated 2017 Honda Pilot, have a more updated look outside and inside and a powertrain that can keep up with everyday demands. The 2017 Ford Explorer has more first- and second-row legroom than the 2017 Traverse, but there isn’t a lot in it.

At the 2017 North American International Auto Show in Detroit, Chevrolet introduced the second generation of its three-row crossover SUV. The updated design abandoned the previous generation’s more car-like appearance in favor of a more truck-like appearance, similar to the Chevrolet Tahoe. The dimensions are similar to its predecessor, but the wheelbase saw a slight increase. Weight dropped by 112 lb, a good thing since the last generation was plagued by excessive weight. It remained an 8-seat (or 7-seat optional) passenger vehicle.

The Traverse moved to a new platform called the C1XX, which also supports the new Cadillac XT6 and Buick Enclave. During the introductory period, a 310-horsepower 3.6L V6 gasoline engine was one of two engine options available, mated to a nine-speed automatic transmission with either front-wheel drive or all-wheel drive. A 2.0L Turbocharged inline-four was the other available engine, but that was only available in RS Front Wheel Drive models from 2017-2019.

This update was necessary and just in time and proved that Chevrolet still wanted in on the game.

The 2018 Chevy Traverse comes with more standard driver assistance and convenience technology. Upmarket materials are used all around, making the interior comfortable and welcoming. Seating and cargo space remain as spacious as before, with one of the best-in-class third-row seating spaces.

The 3.6-liter V-6 engine propels the Traverse with ease, and the nine-speed automatic transmission performs admirably. Despite its size, the 2018 Traverse possesses surprisingly good handling with minimal body roll.

In 2018, we saw the introduction of the Kia Telluride and Hyundai Palisade, which offered more or less similar amenities for less money and with more upscale interiors.

New for the 2019 Chevy Traverse Premier and High Country trim levels was the addition of an automatic heated steering wheel. An LT Premium Package includes a 360-degree camera system, 20-inch aluminum wheels, a rear camera mirror, navigation, a Bose stereo, and a household power outlet. The trim changes include the sporty-ish RS trim level, previously available only with front-wheel drive and a four-cylinder engine, which can now be had with all-wheel drive and a V-6.

Other than that, the Chevrolet Traverse remained largely unchanged.

When parking or maneuvering at low speed, the Traverse feels every bit its size. The competitors do a good job of hiding the size of their respective models. Something Chevrolet lacks. The optional 2.0-liter four-cylinder is only offered on the front-wheel-drive RS variant and is slower than the V-6 by a few ticks.

When compared to the Buick Enclave, the Enclave’s interior is more upscale, but the Traverse can seat one more person in its lower trims (base through LT). Also, the Honda Pilot feels a little more upscale inside than the Traverse. The Chevy’s infotainment system is easier to use, and it comes standard with technology like Android Auto and Apple CarPlay, which you can only find in the upper trims of the Pilot.

Chevrolet updated the infotainment system for the 2020 Traverse. The MyLink system was replaced by the Infotainment 3 system, and a buckle-to-drive feature was added to the Teen Driver system. The 2.0L I4 turbo engine (exclusive to the RS trim level) was discontinued for good in the 2020 model year (starting midway through the 2019 model year).

The inside materials started to fall short compared to segment rivals of the 2019 Chevy Traverse. On the road, a refined ride, sturdy braking, and an energetic engine help make this Chevrolet enjoyable to drive. However, there is some body roll, and you can find rival midsize SUVs with nicer cabin materials.

Compared to the Chevy Traverse, the Ford has lower projected ownership costs, more standard safety features, and two potent V6 engine options, both of which are stronger than the Traverse’s lone offering. However, the Chevy comes out ahead thanks to its larger cargo hold, more accessible infotainment system, and higher predicted reliability score.

For the 2021 model year, the optional rear-seat infotainment (which was available on LT, RS, Premier, Redline Edition, and High Country trim levels) was discontinued on the 2021 Chevy Traverse. Chevrolet had planned to launch a refreshed Traverse for the 2021 model year, but that was pushed to 2022 thanks to the coronavirus pandemic. The Traverse was carried over from 2020 to 2021 without any major changes.

The Chevrolet Traverse’s handling and powertrain hold it down from competing. Rivals have sharper handling and more powerful engines. Some standard driver assistance and safety features were also lacking since the best features are now reserved for the more expensive trims. Moreover, the 2021 Traverse was outclassed by several rivals that approach the luxury end of the mid-size-SUV game. The 2021 Honda Pilot overtakes the Traverse in fuel economy as well.

Chevrolet finally gave the Traverse a refresh for the 2022 model year that included revised exterior styling and a host of new standard driver-assistance features. Among them are automated emergency braking, pedestrian detection, lane-keeping assist, and automatic high-beam headlamps. An 8.0-inch display inside the gauge cluster is now an available tech option, and new upholstery designs dress up the interior. Trim levels are the same, namely: L, LS, LT Cloth, LT Leather, RS, Premier, and High Country.

2022 Chevrolet traverse still has a roomier interior than most of its rivals. Cargo space is unmatched. Its user-friendly infotainment system is also a strong point. The cabin material is a disappointment, especially at this price point when rivals offer more premium-looking and feeling interiors. Additionally, the unimpressive five-year cost of ownership and stingy safety features hold it back from competing.

Is the 2023 Chevy Traverse still relevant?

Chevrolet needs to make a greater effort if it wants to remain one of America’s best automakers, especially where the Traverse is concerned. This means understanding and anticipating the market better, and studying the segment rivals to avoid falling too far behind. The Chevrolet Traverse has one huge thing in its favor, which is the fact it’s an SUV. The 2023 Chevrolet Traverse will sell in decent numbers and there’s plenty of life left in the nameplate yet. However, if the Kia Telluride is anything to go by, the next version of the Traverse has got its work cut out. 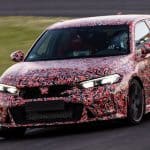 Is a Kia Telluride Hybrid or Plug-in Hybrid Inevitable? 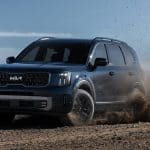