Crossovers are ruling the automotive market, and every automaker is head over heels in love, just like buyers. Toyota is leading the sales competition with its better-than-ever RAV4, and the newborn Corolla Cross is in for a treat as well. But is the Toyota Corolla Cross better than the Toyota RAV4?

The ever-popular Toyota Corolla got the SUV treatment recently, which not everyone is impressed with, but strategically speaking, it could turn out to be a sound decision. It fills the narrow gap between the smaller C-HR and the larger RAV4 in Toyota’s lineup.

But I like to think of it as a more practical and perhaps less polarizing answer to the C-HR. While shopping for a Toyota crossover, some people will have to decide between the subcompact Corolla Cross and the compact RAV4. So here in this article, we will be comparing these two Toyota crossovers in-depth to see which one is best.

How do they compare in size?

Since the Corolla Cross is a subcompact crossover, it is smaller than the compact RAV4. How much smaller exactly? Well, not that much, but at least 3 inches in length at the minimum. The main difference, however, is not the external dimensions but how the space inside is utilized and optimized. This depends on the target audience and the purpose of the vehicle, so there is a bit of a difference between both.

See, the Corolla Cross is essentially a high-riding and high-seating Corolla, but the RAV4 originated as an SUV in crossover guise. It still has most of the SUV benefits, like a proper TRD Off-road trim level, which the Corolla Cross can only dream of.

What are their trim levels and pricing?

The Corolla Cross is available in the following trim levels for the 2023 model year; pricing has not been announced yet but estimated pricing is mentioned against each:

The RAV4 is offered in a lot of trim levels. Since the 2023 model year has not been announced yet, and its trim levels and pricing are not available, below you will find them listed with their pricing for the 2022 model year.

The Corolla Cross is based on the TNGA-C platform, which underpins, you guessed it, the Corolla and the less practical crossover, the C-HR. The RAV4 is based on a different variant called the TNGA-K that underpins the Avalon and also the new generation Toyota Crown lineup.

A 2.0-liter four-cylinder engine is used with three electric motors that combine to produce up to 194 hp in this setup. An eCVT is the standard transmission with all-wheel drive on all hybrid models.

A 2.5-liter four-cylinder engine producing 203 hp and 184 lb.-ft. of torque is the standard engine in non-hybrid trims of the RAV4. The engine is mated to an 8-speed automatic for standard front-wheel drive. All-wheel drive is optional with the same transmission. To improve fuel economy, the rear axle can be disengaged when not in use.

For hybrid versions of the 2023 Toyota RAV4, a 2.5-liter four-cylinder gasoline engine is paired with two electric motors. One powers the rear wheels, making it a standard all-wheel drive powertrain. The setup generates a combined power of 219 hp and is paired with a CVT that transfers this power to the wheels.

Being the larger model, the RAV4 inherently offers more power than the Corolla Cross, but not significantly more. Both have an available hybrid powertrain with standard all-wheel drive and optional all-wheel drive on non-hybrid trims. Interestingly, there is a significant difference in weight.

The RAV4 is at least 700 pounds heavier than a similarly equipped Corolla Cross, which goes some way towards negating the RAV4’s power advantage.

How do they compare in terms of driving and performance?

The Corolla Cross doesn’t do so great when it comes to performance. It has just enough power to make it move, and its drive is unentertaining. The hybrid version does satisfy some needs for speed, but nothing more than satisfying I’m afraid.

Thankfully, the suspension does a great job. It softens the bumps effectively and the handling is refined and composed. Just don’t expect it to be athletic or sporty, because it isn’t. The ride is only let down by the base engine, which is noisy at higher speeds and makes the experience uncomfortable.

Overall, the RAV4 is a better driver and performer. Its base engine provides decent grunt, and the hybrid makes things even better. The transmission, however, is slightly clumsy but still does a good job. Turn into corners and the RAV4 has good body control and it feels planted. Driving comfort is also great, but it is plagued by engine noise at higher speeds. Suspensions soak up the imperfections of the road, making it comfortable when covering long distances.

Which one is better at off-roading?

Of course, the RAV4 in its TRD-Off-road trim is the most capable when the road ends. It also has a traction control system with Multi-Terrain Select, Hill Decent Control, rear axle torque vectoring, and decent ground clearance. But none of them make it capable of crawling over rocks or flying through the desert. But it’s good to know that it can do some of it, making it the best crossover with off-road chops.

In contrast to the RAV4, the Corolla Cross doesn’t offer anything beyond the automatic all-wheel drive. This provides some extra traction when it rains or snows or you find yourself on a less than ideal surface, but you can forget any idea of crossing deserts or navigating remote mountain trails in the Corolla Cross.

The Corolla Cross interior is very much like the normal Corolla. There is hard plastic in most places, but it is well put together. The front seating position is upright, making it feel roomier than it is. It feels a bit cramped in the rear seats, especially where leg and knee room are concerned.

The RAV4’s interior can be called utilitarian, but its materials are pretty good quality. The cabin boasts great outward visibility, and it is roomier both in the front and rear than the Corolla Cross. There is enough space for both passengers and cargo, which you’d probably expect from America’s and the world’s best-selling SUV.

In terms of technology, the two vehicles are pretty much on par. A 7-inch touchscreen hosts an infotainment system that enlarges to an 8-inch screen at higher trims. Android Auto and Apple CarPlay capabilities are built-in. SiriusXM satellite radio is standard on the Corolla Cross, while a 4G LTE mobile hotspot is standard in the RAV4 with a nine-speaker JBL sound system and wireless phone charging offered as options.

Toyota offers a host of driver assistance features as standard on all trims of both crossovers. These features include Automated Emergency Braking, Lane-Departure Warning with Steering Assist, Adaptive Cruise Control, and Hill Start Assist Control. In addition, Trailer-Sway Control is standard with the RAV4. Other features like single- or dual-zone automatic climate control, blind spot monitoring, and rear cross-traffic alert are optional.

The interior of the Toyota Corolla Cross lacks some decent storage space for small things; there are no door pockets, and the center console is narrow. But its cargo volume is decent, which stands at 26.5 ft3, and with the rear seats folded it increases to 66.8 ft3. Keep in mind that these are front-wheel drive figures, as all-wheel drive reduces these to 25.2 and 65.5 ft3 respectively.

The RAV4 has a large center console, plenty of storage cubbies, decent-sized door pockets, and the dash features shelves that help with the small items. It also has good cargo space at the rear, making it the best of the pair when compared to the Corolla Cross. Its cargo volume stands at 37.5 ft3, exceeding that of the Corolla Cross. The rear seats do fold flat, expanding the cargo capacity to 69.8 ft3 while also making it easier to haul larger items.

The Toyota RAV4 is a no-brainer if you are looking for cargo space. The Toyota Corolla Cross starts to feel a bit gimmicky at this point.

Which one is more fuel-efficient?

Who are their competitors?

On the other hand, the compact segment the RAV4 resides in is also very competitive. The rivals of the Toyota RAV4 include the Volkswagen Tiguan, Hyundai Tucson, Kia Sportage, Honda CR-V, Mazda CX-5, Mazda CX-50, Ford Bronco Sport, the Nissan Rogue, and the Subaru Forester.

You will inevitably make your own mind up, but for me, the verdict is pretty clear. The Toyota RAV4 might not be the most exciting compact crossover on the market, but it didn’t get to be this successful by accident. It’s a solid option that does what it needs to do, it looks pretty decent, and you know it’s extremely unlikely to let you down.

I think the 2023 Toyota Corolla Cross is a vehicle that didn’t need to be made, and perhaps it shouldn’t have been. To me, it looks like a cheap way for Toyota to add an extra crossover to its portfolio without having to go to the bother of designing an entirely new model. I don’t like anything about the Corolla Cross, apart from the impressive standard safety tech and the fact it’s a Toyota that means it won’t let you down. 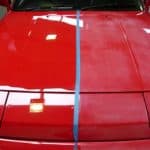 What is Clear Coat on a Car? 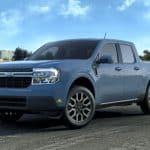