Luxury Cars: Is a High-Spec Non-Luxury Model a Better Idea?

If we can afford it, most of us are probably going to buy luxury cars if we have the opportunity, but haven’t you ever wondered if it might be a better idea to buy a high-spec non-luxury model instead of an entry-level luxury car?

A Cadillac, BMW, Mercedes or Lexus is going to be better than a Volkswagen, Toyota, Chevy or a Ford, isn’t it? That’s what many of us unconsciously assume, but what if we’re talking about an entry-level luxury vehicle compared to a high-spec version of a mass-market equivalent? In this article I’m going to show you how buying a top-of-the-range model from a non-luxury brand can sometimes be a better idea and make more sense than an entry-level luxury equivalent.

The power of the badge

Let’s start off with a little brutal honesty here because that’s the way I like to address this matter. No matter what I tell you here and no matter how much common sense there is in my argument, some of you will always prefer to pay more to have a certain badge on the front and back of your car.

There’s nothing wrong with this at all, but only as long as you’re honest with yourself, you don’t mind the fact you might be making some serious compromises, and as long as you can afford it. I don’t deny there’s a lot to be said for having that blue and white roundel or that three-pointed star on the hood in front of you.

In fact, the first brand new car I ever bought was a black BMW 318i in 1988, and I’ll admit I was almost as concerned with getting a BMW key fob to show around as I was to get the car itself. After all, nobody can see what you’re driving when you’re in the bar, can they? But they might see your car key when you accidentally on purpose put it down next to your drink.

The problem is some people get too blinded by the badge and the branding and don’t pay enough intention to the vehicle itself, and sometimes they tend to forget what they want and need it for in the first place.

To be fair, years ago you absolutely knew you were getting a vastly superior piece of engineering if you bought a BMW instead of a Hyundai. These days though, the gap between some luxury brands and the mass market has closed massively.

If you’re buying the badge then good for you, but don’t get fooled into thinking you’re always going to be getting a better car because it’s from a luxury brand.

What is a genuine luxury model?

For the purposes of this article, I’m going to define what I mean by a genuine luxury model, because not all luxury cars are created equal. There are some cars and brands that are so expensive and ridiculously luxurious that there’s no point in me trying to compare them with a Ford, Chevy, Volkswagen, Toyota, or any affordable mass-market brand. I’m not going to consider the likes of Rolls-Royce or Bentley, or even ultra-high-end models like the Mercedes S-Class and Maybach.

I’m going to look at those luxury models where it’s quite clearly legitimate to compare the entry-level trims with top-of-the-range models from mass-market rivals. Some of the obvious ones will be the likes of the BMW 3, 4, and 5 Series and the Mercedes C and E Class. Other contenders that fall into this realm are most models from the likes of Audi, Lexus, Cadillac, and similar brands.

What is a mass-market model?

It’s much easier to clarify what are mass-market models, although, even within these brands there will be models that are not really mass-market at all. And in the next section, I’ll get to some that are hard to categorize because they tend to fall somewhere in between luxury and non-luxury, even though they might like to think otherwise.

Non-luxury or mass-market models include most vehicles from the likes of Ford, Chevy, Volkswagen, Hyundai, Toyota, Honda, and Nissan. As I said though, it would be pretty hard to include the likes of the Ford GT or the Chevy Corvette as mass-market cars even though they’re not manufactured by what most people would consider luxury brands.

How about those in the middle?

Ok, I’m going to probably risk making an enemy or two here, but there are models that fall somewhere in between mass-market and genuine luxury that I have to identify because I’m not going to include them in my comparison. I’m talking about brands like Buick, GMC, Lexus, Acura, Genesis, and Lincoln.

I know, I know. At least four of those consider themselves to be true luxury brands, but they’re really just more upscale versions of mass-market models from their parent brand. In some cases, it could even be hard to tell two models apart that are based on the same platform that comes from the same factory and share engines and switchgear if they didn’t have different badges and grilles.

What do you actually want from your car?

Before you head off down to the local BMW or Mercedes dealership, have you thought carefully about what you actually want from a new vehicle? The reason I ask is that I’ve had customers in the past who insisted on buying the latest fashionable model, even though it was entirely inappropriate for what they needed. Are you looking for a tool to do a job or are you looking for a status symbol or fashion accessory?

If you have a bunch of kids and you need to ferry them around with their sports gear and their friends from time to time, a BMW X1 probably isn’t going to cut it, even if it might look better in the parking lot than a minivan.

It’s the same if you’re the sort of family who likes going on wilderness adventures on weekends and vacations. A five-seat Mercedes-Benz GLC might have all-wheel-drive and a lot of kudos at the gold club, but will it do the job you want as well as a nicely equipped full-size, light-duty crew cab pickup truck?

Have you thought this through?

If it really is a status symbol or fashion accessory you want then go ahead, buy a vehicle with luxury branding, and don’t think too much about how much vehicle you’re actually getting for your money. After all, I did admit earlier to doing exactly the same myself once, although in my defense, I was only 20 and doing very well with a mail-order business at the time.

But if you’re actually concerned with things like value for money, capability, flexibility, utility and safety, you might want to stop and think a while before you sign on the dotted line for a 3 Series or a Cadillac XT5. For the kind of money, you’re going to have to part with for one of those, it’s possible to get a lot more vehicle for the same or even less money.

A lot of the time you might have to go without things like navigation, heated seats, power-adjustable front seats, a top-notch infotainment system, and rear parking sensors. If you’re not bothered about such frivolous items then fair enough, but don’t say I didn’t warn you. Think about some features top-sped non-luxury models sometimes come standard with, such as a power moonroof, remote keyless entry, Wi-Fi hotspot, a foot-operated power liftgate, etc.

Some examples to consider

Here I’m going to give you a little food for thought and show you what you can get from a high-spec mass-market model and what you’ll be missing out on with a luxury equivalent in various segments.

At top-spec Kia Sportage costs $195 less than an entry-level Cadillac XT4 at the time of writing. Both of them can seat up to five people and the internal dimensions are almost identical. They’re both modern, sporty, and stylish-looking, but one wears a Caddy badge and the other’s a Kia. The standard four-cylinder engines boast an identical 237 horsepower, but the Sportage produces a little more torque.

The entry-level BMW 5 Series costs almost $13,400 more than the most expensive Ford Fusion, the all-wheel-drive Fusion Sport. There’s no denying the 5 Series is a legend in its segment, but you won’t find many negative reviews of the Fusion either. Both cars can accommodate up to five occupants, but there’s a noticeable amount more room in the front and back of the Ford, although the BMW does have a bigger trunk.

In terms of performance, the Fusion leaves the entry-level 530i for dead. The 5 Series comes standard with a 2.0-liter four-cylinder engine that develops 248 horsepower and 258 lb.-ft. of torque, but the Fusion boasts a 2.7-liter twin-turbo V-6 with 325 horsepower and 380 lb.-ft. of torque. And don’t forget, the Ford has standard all-wheel-drive too.

The BMW is quite well equipped for a base model, but its list of standard equipment still looks pretty thin when compared to the Fusion with its 19-inch alloys and heated and cooled front and rear seats.

The most expensive version of the all-new Ford Explorer costs around $2,500 less than the most affordable version of the X5, which is the xDrive40i. Both have 3.0-liter six-cylinder engines, but the Ford has more horsepower and torque and also has third-row seats. Both vehicles have standard all-wheel drive, but there’s extra front and rear legroom in the Ford, thanks to its slightly longer wheelbase.

Both vehicles have fairly similar levels of standard equipment as there are only two trim levels in the X5 lineup. However, if you go for the Explorer ST and save yourself a further $3,500, you can then have a midsize SUV that puts out an even more impressive 400 horsepower and 415 lb.-ft. of torque, which is 65 horsepower and 85 lb.-ft. more than the BMW.

I hope I’ve given you food for thought here, but I know a lot of people would still go for the prestige badge and put up with less vehicle for the money. Of course, a top-spec luxury model will almost always beat a top-of-the-range equivalent from a mass-market brand, but you could also be talking about paying twice as much money.

I’d prefer to save a few dollars (or more) and go for a top-spec Ford instead of an entry-level BMW or Audi, but maybe that’s just me? Everyone is entitled to their opinion, so I hope that I’ve given you something to think about at least. 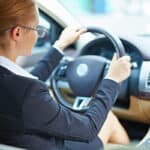 Hidden Costs of Buying a Car – Even When Paying Cash 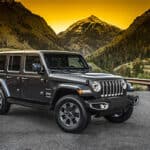