Should a Dead Car Battery Put You Off Buying a Used Vehicle?

If you’re selling your vehicle and it fails to start in front of a prospective buyer due to a flat battery it could feel like the end of the world. If you are that prospective buyer though, should a dead car battery put you off buying that used vehicle or could it be an opportunity to be seized upon?

Just because a car doesn’t start due to a dead battery doesn’t mean you should instantly walk away from the sale. Although a flat car battery can be a sign of something more serious, batteries of all types can go flat for many different reasons. If you go to view a car for sale and the battery is flat, it could present a golden opportunity to drive down the asking price.

If you have problems with a car battery, whether it’s in a vehicle you’re selling or one you’re looking to buy, you don’t necessarily have to buy a brand-new one. It is possible to recondition many different types of batteries, including those big, expensive car batteries.

What would a flat battery tell you about a car?

A flat battery alone doesn’t tell you a great deal about the rest of the car, but it should be seen as the inspiration to dig a little further to see if it’s actually a symptom of something more serious. If the car is pretty old it could just be that the battery is past its best and needs replacing or refurbishing, and you should be able to determine that just by looking at the condition of the battery and the vehicle as a whole.

Don’t be afraid to ask the seller if the battery is the original one or if it’s been replaced by them at any point. If the battery is only a year or two old and it’s gone flat it could be a sign of a more serious problem, but it could also just be down to something dumb like the lights being left on.

What are the signs of a dead car battery?

How long should a car battery last?

On average, a new car battery should last between 2 and 5 years, and if you’re looking at a car with a battery that could be older than five years old you shouldn’t be too surprised if it has problems and not be too put off. The weather is one of the most important factors that affect the lifespan of a car battery. Both extreme heat and extreme cold can affect a battery and its ability to retain a charge, so keep this in mind when looking at a used car if there appear to be problems with the battery.

A dead battery can be a great opportunity

A dead or dying battery might be a nightmare for the seller, but it can present a huge opportunity for potential buyers. Just imagine that you’ve gone to view a 2012 Chevy Silverado 1500 for sale you’ve seen advertised somewhere like eBay or Craigslist and it won’t turn over when the seller tries to start it up for you. This situation immediately puts the seller on the back foot and you in the driving seat when it comes to negotiating the price.

If you like the rest of what you see about the vehicle, such as its condition, service history and mileage, you’d be a fool to walk away just because it won’t start. If you and the seller can jump-start the truck with a starter pack or jump another vehicle, take the time to check the vehicle over more forensically and take a test drive. If everything else checks out, the problem starting the truck was probably just a drained battery.

Here are the potential scenarios:

1. If the seller has managed to jump-start the vehicle and you’ve been on a reasonable test drive, if the truck will start up without an issue after the test drive then the battery has recharged and the problem hasn’t been properly identified. In this situation you can suggest there could be a problem with the alternator, the battery, or there’s a drain somewhere in the electrical system.

If it’s an unidentified drain then diagnosing the problem could be a long and costly job, so you might want to walk away. On the other hand, it could also be quick and easy, so use this opportunity to beat the seller down on the asking price.

2. If the vehicle doesn’t start after a test drive and an attempt to recharge the battery, the problem is either the battery is done or the alternator isn’t recharging the battery. The latter is the more expensive problem to fix, but it’s shouldn’t be enough to put you off buying as long as the fault is reflected in a lower asking price from the seller.

3. If the vehicle won’t start at all then there are probably issues with it you don’t want to inherit that are bigger than a crappy battery, so say “thanks, but no thanks” to the seller and walk away.

4. Even if the vehicle starts and runs but turning it over was a bit of a struggle, raise this as an issue with the seller and use the seed of doubt it inevitably sows as a reason for beating the price down.

Is a car battery still good if completely drains?

As long as a battery is less than five years old it should be fine once it’s been recharged after being completely drained. It may take around 24 hours to fully recharge if you’re using a charger from a mains electric supply, but if you can get the vehicle running it should be fully recharged by the alternator after about 20 to 30 minutes. If a battery more than five years old is drained completely, replacing or refurbishing it is probably necessary.

Can a car battery be so dead it won’t jump start?

If a vehicle won’t start and it can’t be jump-started, it could be that the battery is completely done for. However, there are several other reasons why a vehicle might not start at all, so testing the battery is the easy way of determining if it’s just the battery or something more serious that’s wrong.

Can you jumpstart a car with a bad alternator?

Just because the alternator isn’t charging the battery, it doesn’t mean you can’t get the vehicle started. Jump-starting the vehicle is still possible using a jump-pack or another vehicle and booster cables, and then you can drive to a service center to get the problem sorted.

Does a battery charge while the engine is idling?

Yes, a car battery will be recharged by the alternator while the engine is idling so you don’t have to drive around to get a flat battery recharged. However, if you have electrical items turned on that use a large amount of power to run, such as a high-powered sound system or a bank of floodlights, your alternator might struggle to supply enough juice to recharge the battery while the engine is idling. Turn as many electrical systems off as you can and you should be good.

Does it damage a car battery to go dead?

Unfortunately, once a car battery has been drained below a state of full discharge, the damage has almost certainly been done. Even if you put the battery on charge overnight or drive around for a long time, it’s pretty unlikely that you’ll be able to return the battery to 100% of its original capacity.

Selling a vehicle with a dead battery

If you’re looking to sell your vehicle and you have issues with the battery or some other part of its electrical system, get it sorted out before you even consider showing it to a potential buyer. Nothing is going to undermine your negotiating position (and asking price) as much as not being able to start your vehicle or struggling to get it started. If the vehicle has been stood for a while then check it over well in advance of showing it to a buyer to make sure it starts and runs properly.

Even professional car dealers at expensive franchise dealerships get caught out with flat batteries, but they have lots of vehicles to keep an eye on and you only have the one. I can’t possibly remember the number of times I’ve taken a customer to a used vehicle for sale on the lot in winter and it wouldn’t start.

Remember, there are things like clocks that are draining a car battery all the time when it’s not being used. An extended amount of time without being run, especially in cold weather, is a sure-fire recipe for a drained battery.

Remember, instead of replacing a car battery, you could always refurbish it instead once you know how it’s done. 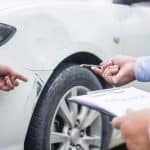 Can You Repair Auto Body Damage Yourself?

This is Why the Color of Your Car Matters 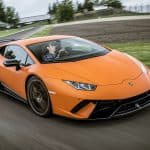