Should I Buy a Used Hellcat?

Few names in the American auto market that have arrived over the last few years are as evocative as the Hellcat, but have you ever wondered whether it’s worth buying a used Dodge Challenger Hellcat or Dodge Charger Hellcat if you really want one but can’t afford a brand new one?

I’ll get into the details of the two cars for those who are not fully aware in a moment, but there are some things you need to consider about these cars before you part with what’s still pretty serious money for a used one.

Has a used Hellcat been abused?

These really are very seriously powerful cars, but they’re not performance cars in the way cars like the Porsche 911, a Jaguar F-Type, or even a Ford Focus RS are. The Challenger and Charger Hellcats are really designed to go very, very fast in a straight line, and there’s every chance the previous owner(s) of a used one will have done quite a lot of that with it.

Cars that are designed to handle well and get through corners as fast and efficiently as possible, like the 918, will probably show signs of wear and tear in all sorts of areas such as the suspension and brakes as well as under the hood if they’ve been driven hard.

A Hellcat could have reasonably few miles on the clock and it could look in sensational condition, but if it’s spent most of those miles in drag races the wear and tear on the engine could be considerable and not particularly obvious to the uninitiated.

Don’t get me wrong, there are a lot of people out there who buy these cars because they want a modern muscle car with more than 700 horsepower, but they don’t take them out in bad weather and they rarely use them apart from weekends.

A Hellcat may have experienced the odd burnout and they may have broken the speed limit on the highway occasionally, but it could also have been cherished and looked after fantastically until their owner got bored or decided it wasn’t practical for them and decided to trade it for an SUV.

The bottom line here is that buying a used Hellcat can be like playing a game of financial Russian Roulette; you’re not going to know what you’re getting until you pull the trigger.

Fixing a Hellcat engine could be very expensive if it’s been serially abused by its previous owner, so you really do need to know what you’re looking at or at least have someone who does know what they’re doing to look one over before you commit to buy.

Remember, a sixty or seventy thousand dollar new car is obviously going to be expensive to run and maintain, but just because you buy it a couple of years down the line for a lot less doesn’t make the cost of ownership any less than if it were new. If you can’t afford to service and maintain a new Hellcat then you really need to think twice about buying a used one.

It’s no good scraping together the asking price or just managing the monthly payments for a used Hellcat if you’ve got nothing left to fix a blown supercharger or head gasket.

How about modified Hellcats?

Unless you value horsepower above all else you’ll probably be more than happy with the 707 horsepower and 650 lb.-ft. of torque developed by a stock used Hellcat. For some enthusiasts, however, more is desirable and that leads to many of them being modified. If you’re looking to buy a used Hellcat that’s been modded, please make sure you can verify the provenance of the parts and who did the modifications.

There’s a huge aftermarket for performance parts in America and there’s a lot you can do to further enhance the power and performance of a Hellcat, but even if the parts are top quality, would you be happy driving a car like that anywhere near its limit if those parts had been fitted by an enthusiastic amateur on his drive at home?

It’s one thing buying a modded 2010 Dodge Dart that’s the result of a home project, but a $40k+ muscle car that could potentially top 200mph? No thank you. Unless you can see proof that any performance modifications have been carried out by a professional or at least an amateur with a stellar reputation in the tuning community, then walk away. There are plenty of used Hellcats out there for sale, so try your best to avoid a duff one.

How much should you pay for a used Hellcat?

I’ve been scouring the likes of Carfax and Auto Trader to research the prices used Challenger and Charger hellcats are going for, and below I’ve put together a table of the average prices for both cars for all model years from 2015.

When researching these prices I didn’t consider examples that had been in an accident and didn’t consider ones with unusually high or low miles on them. As you will see, later models can be more expensive than you can buy one new for, but these are often higher specification models and not the most affordable versions of the Hellcats.

Also, the majority of models on the market appear to be below average miles, and many are very low mileage for cars of their age. This means these average prices can look a little high, but if you look long and hard enough you can find examples that are closer to average miles for their age for quite a bit less money.

Common Hellcat faults to watch for

Known problems to watch out for with both cars include:

Problems with drive systems and the transmission are probably to be expected with older and higher mileage versions of such powerful cars, but the niggly things like faults with electrics in the cabin are down to Dodge build quality or lack of it at times. Don’t forget that these are Dodge cars and therefore not of Mercedes, VW, or Lexus quality, but imagine the price you’d have to pay for a 707 horsepower model from one of those brands.

Living with a Hellcat

Cons of owning a used Hellcat

Pros of owning a used Hellcat

You may have raised an eyebrow at my practicality claim in the pros column, but I’m not kidding. If you need a car with a large interior but you don’t want to give up your love of driving and monstrous V-8 power, it’s hard to think of a better combination of muscle car practicality than the Charger Hellcat.

Unless it’s in a particularly overt color and festooned with racing stripes, a Charger hellcat can be a superbly practical vehicle for a family of five. It has four doors, a big trunk, and a very large interior and can appear like a regular four-door sedan to those who don’t know.

Of course, when the right light goes out it’s an entirely different matter as you disappear away in an unapologetic cloud of smoking tires and exhaust gasses.

Although the Challenger Hellcat doesn’t have the practicality of four doors, if rear-seat passengers having to get in through the front doors don’t complain about it too much they’ll find copious amounts of space in the back once they’ve climbed in there.

These cars are also a long way from being stripped-down, drag-strip cars without the essentials needed to be considered as a daily driver. Even in their most standard forms the Challenger and Charger Hellcats come generously equipped with standard features and equipment such as climate control and a world-class infotainment system.

Should you buy a used Hellcat?

If you can afford the asking price, you’re confident you can afford the running costs, and you’ve had the car you’re looking to buy checked over by an expert, then yes, yes, yes, and yes again. You should buy a used Hellcat. I’m a particular fan of the Charger Hellcat for its everyday usability, but I also love the retro styling of the Challenger and the fact both of these cars continue being produced year after year without needing any major cosmetic surgery to keep them looking contemporary.

You could go and buy a late model Ford Mustang Shelby GT350 that’s been tuned to somewhere close to the ballpark of a Hellcat, but a couple of years down the line Ford will have updated the styling and your pride and joy Mustang will start to look a little tired.

If you went out today and bought a 2015 Challenger Hellcat in great condition with low miles, most people wouldn’t know you hadn’t just driven a brand new one out of a showroom if it’s clean enough and there’s still some rubber left on the tires. 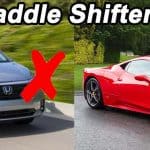 What’s the Point of Paddle Shifters?

Why Can’t I Buy a Mitsubishi Pickup Truck in America? 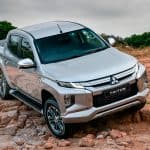