How often do you buy a new car, or how long do you think you’ll keep your current one before you decide to change it? As most new car warranties cover you for 36 months or a certain number of miles, should you buy a new car every three years, or should you leave it longer?

Why do we buy new cars?

People buy new cars for many different reasons. Some reasons are practical, such as the old one isn’t appropriate for their needs anymore or it keeps breaking down. Much of the time, though, we buy a new car because we want one or are bored with what we currently have.

We need to discuss buying cycles, the difference between new cars and used cars, and between people who buy new and those who prefer used cars.

Almost without exception, people who always buy used believe they are saving money compared to those who buy brand new. Sometimes they are, but not always. When you get into a buying cycle with new cars where you change regularly, it can make more sense than buying used ones.

Buying new and changing regularly makes even more sense when leasing rather than buying outright, but that’s an argument for this other article here.

When should you buy a new car?

There’s nothing wrong with buying a new car because you want one, of course, as long as you can afford it. What I want to make a case for here is for getting into a three-year new car buying cycle.

If you buy a new car and you already know you plan to change it for another new car in three years, it presents several advantages over those who adopt a more ad hoc approach to car buying.

Why should you buy a new car every three years?

1. Peace of mind – The number one reason you should consider buying a new car every three years is to ensure a full manufacturer warranty always covers you. Most new car warranties cover you for 36 months or 36,000 miles, whichever comes first.

If the car’s original warranty covers you, you don’t have to worry about things going wrong other than the usual wear and tear items such as brakes and tires. If you rely on your car to get to and from work, go shopping, or for getting the kids to school on time, the last thing you need is a breakdown. However, if you are unfortunate enough to have a breakdown or even a less severe fault, at least you know there’ll be no charge to get it fixed.

2. Easy budgeting – Buying a new car every three years also lets you budget more accurately. You can work out precisely how much it will cost you to run the vehicle of your choice for that set length of 36 months, and you can already have plans for raising the money to replace it.

You can work out your depreciation and how much you should get for your car when you trade it in after three years. That gives you a good idea of how much cash you’ll have to find to replace your car, and you won’t have that budget wrecked by the shock of an unexpected and unwelcome repair cost in the meantime.

3. Staying up to date – It’s incredible how quickly a car becomes “old-fashioned.” Your new car might be “state of the art” today, but drive a new loaner when you take it in for a service in three years, and you’ll realize how far things have already moved on. Most of us don’t feel the same about our car once we’ve experienced something newer and better.

It’s one thing to want a new car because the Android Auto is now wireless rather than wired or because you can now have a hands-free power liftgate, but there are many practical reasons why you might want the new version.

The new version could have new safety features that will keep you and your passengers safer. If you do a lot of miles, the new model could be more comfortable or have new driver-assist features to make your time on the road more bearable.

You might have bought a model with an economical internal combustion engine to keep running costs down, but what if a hybrid or an EV version is available after three years that could cost you even less to run and is affordable if you’ve budgeted correctly?

Finally, do you remember how excited we all used to get a decade or more ago when our current mobile phone contract was up for renewal, and we couldn’t wait to get the latest new phone? Multiply that feeling by ten or more, and that’s how most of us feel at the prospect of getting a lovely new car.

There’s nothing wrong with loving cars and wanting something new and better if you can afford it, and that’s how you want to spend your money. I could have spent far less on cars over the years by choosing something cheaper, but I get bored with my car after a few months. I don’t change my ride every six months because I can’t afford to yet, but I would if I could.

4. Avoid negative equity – I know there are now auto loans for up to 72 months, but most finance agreements still run for between three and five years. If you take out a 72-month agreement and you want to change your car after three years, unless you paid a significant deposit at the start, there’s a good chance you’ll still owe more than the car is worth. This situation is called negative equity.

If you intend to change your car after two or three years, plan for it. Three years is long enough to get an affordable finance payment, especially leasing. If you plan to change your car after 36 months and have a 36-month finance agreement, you’ll never have to have that cold shiver run down your spine when the sales exec comes back with a deal you have to pay money to trade your old car.

Do you think about the future enough?

Not enough people think about buying another new car when they’ve just bought one, or better still, even before buying one. You might think I’m crazy to suggest you think about buying your next car before you even collect your latest one, but there’s a method in my madness. It makes good financial sense to consider what you’re going to do with your new car when it gets a few years on its back.

Most people think about the future when they buy or rent a property, but many of us don’t give as much thought to what we’re going to do later on when we buy a new car.

A one-bedroom apartment might be OK for you today, but you wouldn’t buy one if you planned to have a couple of children over the next few years, would you? If you intended to stay in a house for decades, you probably wouldn’t buy one close to the beach if that area was subject to severe coastal erosion and could be swallowed by the sea in five years either, would you?

Then why do so many people spend tens of thousands of dollars on a new car with little or no thought about how suitable it will be for them in two or three years? Would you buy a two-seater roadster if you were planning to have kids? Would you wipe your life savings out to buy an Escalade if your job wasn’t secure? Amazingly, plenty of people do all that and more.

How often do people replace their car?

If you do an online search for “how often do people replace their car,” you’ll find many top answers that are complete and utter BS. The top answers on Google claim anything from 6 years to 12 years, but that’s not a realistic claim. Most people who habitually buy new cars change them every three to four years because of the reasons above or because that’s when the finance agreement comes to an end.

The problem is you can manipulate statistics to show just about anything you like to promote your cause. In one article claiming around ten years as the ownership period, several cars I saw were luxury and sports cars from brands such as Porche and Mercedes-Benz.

That may be true for those people, but that could easily be because they go on to buy other cars over those years without selling the Porsche or Mercedes. They might get around to selling them when they finally decide they have too many cars and need to sell one to make room for another.

If you are a new car buyer at heart, trust me, you’ll start dreaming about changing your car a long time before three years, never mind longer.

Should you buy a new car every three years then?

If you accept the inevitability of life, it makes sense to plan to change your new car every three years for all the reasons I’ve stated above.

You’d be amazed how people lie to themselves when buying a new car. I regularly had people saying to me things like, “I’ll run this one until it falls apart,” or “this will be my last car.” The only person they’re lying to is themselves.

The truth is most people start looking to change their car after around 28 months, and at the moment, it can take anything from three to twelve months to get some new cars with factory orders.

My advice is to plan to change your car in three years, even before you take delivery of the one you’re just about to buy. Going down that route gives you something to look forward to, keeps you on budget, avoids big repair bills (apart from accidents, of course), avoids negative equity, and keeps you up with the latest tech.

All that is true regardless of how you pay for your new cars, but leasing makes the above even more accurate.

However, if you insist on keeping your new car for more than three years when your warranty runs out, the best advice I can give is to get an extended warranty. I’ve dealt with a lot of warranties companies over the years. The best and most innovative I’ve come across is from Olive.com. Click this link to check out how it works and how much it costs and I think you’ll be impressed. 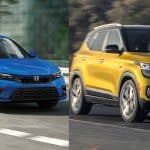 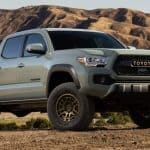