Should You Buy a Used Car on Finance?

More than 80% of all the vehicles on our roads are bought using finance of some sort, but have you ever stopped and wondered if it’s actually a good idea to buy a used car on finance?

Buying a used car on finance is good for some people in certain circumstances, but these days there are several ways of using your money to get a vehicle to suit your needs that you could consider. Here I’m going to explain why so many of us buy used cars and other types of vehicles using finance, and why that can be a good thing to do, but I’m also going to tell you why a lot of the time you really should be looking at alternatives.

Most people who buy used cars rather than new ones do it because a used car is cheaper than its brand new equivalent. That’s quite simply the way things work. If a brand new version of a vehicle is $30,000, one that’s a year old will be considerably cheaper, possibly by as much as $10,000 or more in some cases. In those circumstances, buying the used one makes a lot of financial sense and it’s obviously a very tempting proposition, especially if the used one is in good condition and has been well looked after.

Not everyone is analytical about whether to buy a new or a used car though. Some people I’ve come across in my time in the auto business are completely single-minded and will not consider a brand new car, no matter how good the deal is. They have been programmed to believe that new cars are a rip-off and that it only makes sense to buy a used one because someone else has taken the hit from the depreciation instead of them.

Ex-demonstrators and pre-reg models can look particularly attractive at the side of a brand new version of the same vehicle, and you can find out more about these opportunities by reading my article about the subject here. However, things can often look very different if you’re using finance to purchase your next vehicle.

Why so many people buy used cars on finance

The majority of buyers who use finance to buy a used car are doing so because they can’t afford to buy one outright for cash. This is entirely understandable as a car is the second most expensive thing most of us will buy in our lives after a home. And if you’re on a limited budget, surely it makes sense to buy a used car on finance because the price will be lower than a new one, right? Well, it is a fact that the price on the windshield will be lower for the used one, but that’s not the whole story by any means.

Do you really want a used vehicle?

I want you to ask yourself this question, and I want you to answer it honestly. Do you really want to buy a vehicle that someone else has owned and driven before you, or would you prefer to be the first owner and driver of a brand new car with a full manufacturer warranty? I know which I prefer, and I’m pretty sure most of you out there will agree that a brand new car is more desirable.

Of course, just because you’d prefer a new car doesn’t mean you can afford one, and I appreciate that. I had someone ask on Quora how they could buy a 2007 Chevy Silverado for $1,500, and I had to answer that they’d need to find one with intergalactic miles on the odometer. If your budget is as low as that, then a used vehicle is obviously going to be the only option for you.

However, would you still prefer to buy a used vehicle if it had a lower price than a brand new one, but the finance payments for the used one were $350 per month but you could get the brand new one for $300 per month?

Why do some people not even consider new cars?

I lost count of the number of times I heard customers tell me, “I’ve never bought a brand new car in my life and I’m not going to start now,” just as I tried pointing out they could have a brand new one for lower payments than a used one. You know what? That’s fine. There are plenty of blinkered people who think they know best and will not listen to an alternative point of view, even if it’s true.

To be fair, I’ve also come across buyers who have a really good reason for not wanting a brand new car, and this one is kind of depressing. Some people will now, or at least accept, that they could have a brand new vehicle for a very tempting monthly payment, but they’re concerned about the impression it might give other people.

I remember a guy who came in to buy a 4×4 when the weather had been really wet one summer. When we drilled down into his budget and he told me how much a month he was happy to pay, I pointed out a deal I could do on a brand new model that was well within his budget. He understood and agreed it was a great deal, but he was insistent on buying something a few years old.

It turned out he had a company that sold machinery to farmers, and that machinery was mainly grain dryers. There was a great demand for these as crops were drenched after so much rain, and the farmers were fighting to save what grain they’d managed to harvest. The customer said he thought it wouldn’t look good if he was turning up on farms to sell grain dryers to struggling farmers with a fancy new vehicle. I knew farmers, and I knew he was talking sense.

There have been lots of similar occasions when business owners didn’t want to park a seemingly expensive new car outside their business. And this was because they thought it might cause disquiet among their staff and that they’d start demanding raises if they thought the boss was doing so well that they could afford a swanky new ride.

The reason for this is because brand new cars have more finance options available for funding them than used cars do. There are some finance products for new cars where you are not funding the entire cost of the vehicle, such as balloon finance agreements and leases. Once a used vehicle gets to a certain age or has more than a certain amount of miles on it, the finance options available start to get limited to just a straight auto loan.

Let’s say you like a used car a dealer is advertising at $20,000, but because of its age and mileage, you can only finance it with a straight auto loan. I’ll ignore down payments for the sake of simplicity. Even at a flat rate as low as 3%, which you’d have to have really good credit to get, borrowing $20,000 over three years would cost you $605.50 per month. I just did a quick look online, and within 30 seconds I found a lease deal for a brand new Chevy Suburban LS for $395 per month after a $1,000 deposit. Need I say more?

It would be stupid of me to make a blanket statement that financing a used car is more expensive than financing a brand new one. But once you start getting into the realms of used vehicles that cost as much as even some of the most modest new models, you then need to be asking yourself whether financing a brand new vehicle might be a better idea.

Sometimes, admittedly on rare occasions, a used vehicle can even be more expensive than the exact same vehicle brand new. I remember when Land Rover launched the Range Rover Sport in 2005. We had lengthy waiting lists and people who were at the front of the line were selling theirs for way above retail as used models to those who didn’t want to wait for an order.

When is a used car auto loan a good idea?

If you really do need a car but you can only run to payments of a hundred dollars per month or less, then a used car auto loan is probably going to be your only option if you don’t have a big pile of cash to use for a down payment. Even so, $100 per month over five years is only $6,000, and that doesn’t take into account interest on the loan.

Smaller loans attract higher interest payments, and those rates get even higher if there are any issues with your credit. It’s certainly not out of the question that if you could only manage $100 per month over five years, the chances are you are going to be looking at vehicles costing around the $4,000 level. Then factor in the maintenance costs of keeping that sort of vehicle up and running, and it might still be cheaper to finance a modest new vehicle that won’t need new tires, an exhaust, new brakes, and other wear and tear items anytime soon.

Conclusion and my advice

Unless you are shopping at the lower end of the monthly pricing spectrum, I’d always look at whether I could get a brand new vehicle before I’d ever even consider financing a used car instead. Leasing is becoming increasingly popular these days, and I’d urge you to check out my article about whether leasing a car is right for you before you dismiss the idea.

As leasing becomes increasingly popular, which it is doing right now, I can foresee a day when there becomes a problem with used vehicles. There will simply be too many of them out there, especially when hybrid and electric vehicles become more prevalent as they inevitably will do.

There is an upside to that, of course, and that upside is that the price of used vehicles will have to collapse at some point when there are far more of them for sale than people wanting to buy them. Of course, that’s not going to be good news if you are trying to sell one at that point, which is another reason why I’ll continue to lease new vehicles. 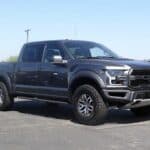 What to Look for When Buying a Used Ford Raptor 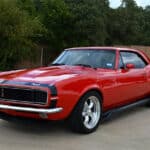