Should You Buy a Used Ford Focus RS?

Although it was first announced in 2007 and hit the roads of Europe in 2009, the Ford Focus RS didn’t go on sale in America until as recently as 2016. The RS badge has an even longer history going back many years before the Mk2 Focus RS was launched, but now the Focus RS has finally been on sale in America for a few years it begs the question of should you buy a used Ford Focus RS?

The RS badge didn’t really gain serious weight until the arrival of the British-built Escort RS, Escort Mexico, and Capri RS models, the first RS (Rally Sport) models were a trio of cars produced by Ford of Germany which were the 15M RS in 1968, the 17M RS and 20M RS in 1969.

In 1970 the car which most Ford enthusiasts consider to be the first true RS model arrived which was the 1970 Ford Escort RS1600, The RS1600 featured a Cosworth-engineered 1.6-liter four-cylinder engine and it was one of the first road cars produced featuring a cylinder head with four valves for each cylinder.

RS versions of the Ford Escort, Capri, and Sierra continued to be produced throughout the 1970s and 1980s and the first Ford Fiesta to get the RS treatment arrived in 1990 in the shape of the 1990 Ford Fiesta RS Turbo.

A Ford Focus RS finally previewed at the Geneva Motor Show in 1998 but it didn’t go into production until 2002 and the run ended the following year. The RS badge was then put into hibernation for a while and it finally reappeared in 2009 with the arrival of the Mk2 Ford Focus RS, which was then replaced by the Mk3 version that went on sale in the US in 2016.

What is a Ford Focus RS?

The Ford Focus RS is a high-performance version of the incredibly popular five-door Focus hatchback that’s been a massive-selling compact car for Ford in markets all around the globe for many years. The Mk3 Focus RS that went on sale in America in 2016 features a 2.3-liter four-cylinder engine that develops 350 horsepower and 350 lb.-ft. of torque, which is sent to all four wheels through a six-speed manual transmission.

You might have driven a Ford Focus in the past and you may well have been reasonably underwhelmed by the experience, but you’ve never driven a Focus anything like the RS until you actually get behind the wheel of a Focus RS.

Is the Ford Focus RS AWD?

To push the Focus to entirely new levels of performance and driver engagement, the Mk2 Ford Focus RS was designed and engineered from the start to be exclusively all-wheel-drive. The standard Ford Focus has always been a practical front-drive compact car but even a sleek, rear-drive sports car with similar power is unlikely to be any match for the incredible all-round performance of the AWD Focus RS.

How fast is the Ford Focus RS?

The Ford Focus RS boasts a 0 to 60 mph time of 4.5 seconds and a top speed of 165 mph, but those numbers only tell a small part of the story. It’s the way the performance is delivered and the way the suspension, chassis, and drivetrain makes the Focus RS handle that sets a standard few cars at this price point can hope to compete with.

Yes, you can probably go out and buy a used muscle car for the same money with a bigger engine, more horsepower, more torque, and a higher top speed, but put it up against the Focus RS on a track or a twisty road and the muscle car will quickly turn into a dot in the Ford’s rearview mirror.

How much does a used Ford Focus RS cost?

You should expect to pay somewhere between $26,000 and $49,000 for a used Ford Focus RS. When it was launched in 2016 the starting MSRP for a new Ford Focus RS was $36,775, but the rarity of this car that was only produced for three model years means used examples at bargain prices are not exactly easy to find.

The majority of examples for sale at less than $30,000 tend to have around 80k miles or more on them, but there’s a decent amount for sale around the $30k mark that have done fewer than 50k miles.

The good news here is that if you’re thinking of buying a used Ford Focus RS there are few cars around at the moment that will depreciate as slowly as one of these, as long as you look after it and don’t put too many miles on the odometer.

Is a Focus RS faster than a Focus ST?

A Focus ST is still a very good car that’s very enjoyable to drive and offers decent performance, but comparing a Focus ST with a Focus RS is like comparing a Mustang EcoBoost with a Mustang Shelby GT500.

Is the Ford Focus RS a good daily driver?

Yes, despite its boy-racer styling, powerful engine, and legendary performance, you can use a Focus RS as a daily driver without a problem and it can feel just as docile and user-friendly around town or in the city as any other model in the Focus family. If there’s one thing about the Focus RS that might prevent it from appealing to Americans as a daily driver it’s the six-speed manual transmission. For drivers who are so used to driving automatics, the extra work and concentration required for constantly shifting up and down the gears with a manual transmission and clutch in the town or city might be a big turn-off after a while.

Is the Ford Focus RS comfortable?

You may be surprised to learn the experience inside the Ford Focus RS is very quiet and refined, and the quality and comfort of the interior are excellent. Recaro sport seats are supportive and comfortable, the driving position and outward vision are excellent, and the Focus RS also comes very well equipped even in its standard form.

Is the Ford Focus RS good in the snow?

A Focus RS will drive and handle better in the snow than any other Ford Focus due to the fact it has standard all-wheel-drive, but the AWD system is designed primarily for on-road traction in more favorable driving conditions so don’t expect it to turn the Focus into a hardcore winter off-roader.

Is the Ford Focus RS reliable?

In general, the Ford Focus RS is as reliable as any other Ford Focus apart from one very big issue with failing head gaskets. Many owners of Ford Focus RS models around the world that were built between August 2015 and July 2017 complained about steam billowing from their cars’ exhaust pipes. This often resulted in major engine work being required to fix the problem and it eventually led to Ford issuing a technical service bulletin for replacing replace head gaskets and even entire cylinder heads free of charge.

If you are looking to buy a used Ford Focus RS that was built between August 2015 and July 2017 then make sure you check the car’s history to ensure this work has been done.

Is the Ford Focus RS good on gas?

The Ford Focus is reasonably good on gas for a car that offers such blistering performance. The EPA rates the Ford Focus RS at 19 mpg in the city, 25 mpg on the highway, and 22 mpg combined. These numbers obviously make the RS the thirstiest Focus you can buy, but the fuel economy ratings are not outrageously far away from the mass-produced Focus ST which is rated at 22/30/25 mpg respectively.

Is the Ford Focus RS a safe car?

The IIHS and NHTSA haven’t crash-tested the Focus RS separately from the standard Focus, but there’s no reason to believe the RS is any less safe than its more sensible siblings. Standard Focus RS safety features include the likes of ABS, stability control, hill start assist, lots of airbags including a driver’s knee airbag, a rearview camera, dynamic torque vectoring, and plenty more besides.

What are the rivals of the Ford Focus RS?

There are very few cars that directly compare to the Ford Focus RS, especially here in the US. The Subaru WRX STI is probably the closest rival to the Focus RS, but many of the cars we might want to compare the Ford to are really pale imitations such as the Volkswagen Golf R and the Honda Civic Type R. To get a car that truly rivals the Focus RS for performance you’re probably going to have to go for an exotic sports car costing considerably more than the Ford.

What Ford Focus RS colors are there?

The Ford Focus RS only came in four different colors and the final limited edition models in 2018 were only offered in two different colors. The first four colors the car was produced in were Frozen White, Nitrous Blue Metallic Quad-coat, Stealth Gray, and Shadow Black. The final 2018 limited edition models were only produced in either Nitrous Blue or Race Red.

How many 2018 Ford Focus RS limited-edition models were produced?

Ford produced just 1,000 units of the Focus RS limited edition in 2018 for sale in the US and Canada was allocated a further 500 units, so used examples of these cars are not exactly easy to find.

Will a Ford Focus RS go up in value?

Although the rarity of the Focus RS means it doesn’t depreciate anywhere close to as quickly as many similar cars, even a pristine example with low miles will still lose money over time unless you lock it away indoors and never drive it. If you bought a brand new limited edition 2018 model and kept it locked away and unused it might be worth more than you paid for it one day.

However, if you have the money and inclination to do something like that there are much better cars to buy that will appreciate much more over time than a Focus RS.

Should you buy a used Ford Focus RS?

I’d like to be able to tell you to just go out and buy a used Ford Focus RS because they’re great cars, but even though they are absolutely fantastic cars and a ton of fun to own and drive there are better ways to spend that kind of money on a car right now.

Keep in mind that most people who bought these new will probably have driven them hard, sometimes very hard, so you could be paying close to new car money for a car that’s had the best driven out of it.

As a new car, for the price, there was little to compare to the Focus RS. If you have $30,000+ to spend on a used car there are plenty of better options out there. You might not get the kind of performance the Focus RS has to offer, but the boy-racer styling of the Ford can get tiresome pretty quickly and at the end of the day this is still a Ford Focus at heart.

There are plenty of used Audi, BMW, Mercedes, Lexus, and other prestige performance models you spend your money on instead that would probably make better buys in the long run. 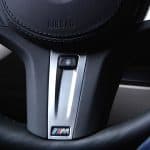 Do You Need a Heated Steering Wheel?

Do Exotic Cars Depreciate in Value? 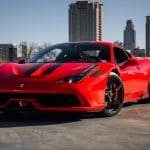