The Truth About Which Vehicles are Best for Short Journeys

A lot of attention is understandably paid to the question of vehicles being suitable for certain applications, but we don’t hear too much truth about which are the best cars for short journeys. We do hear plenty about what types of cars, trucks, SUVs, or vans are best for long road trips, but which vehicles are best for short journeys should be a more common question as most of us don’t drive as much as we think.

The best cars for short journeys are ones powered by gas, hybrid, or all-electric powertrains. Diesel-powered vehicles are best at long trips and not for repeated short journeys, so they are probably the worst type of vehicle of all for that type of use.

Of course, even though a compact car with a small displacement gas engine is the most efficient vehicle for doing repeated short trips, a compact car might be totally unsuitable for what you need to transport or the type of terrain you have to cover. So, let’s take a look at which vehicles are best for short journeys, depending on what you need them to do.

How much do you really drive?

Despite what a lot of us might think, the average distance driven per day by Americans is around 40 miles, according to the AAA American Driving Survey. When you stop and think about that for a moment, it soon becomes obvious that an electric car is perfectly suitable for the vast amount of American drivers.

I’m going to stick my neck out here then and say that by far the best type of vehicle for driving short journeys is an electric car. Unfortunately, there are still practical issues with electric vehicles that rule them out for many.

While a lot of our driving is made up of relatively short journeys, the average driver actually does around 13,000 miles per year, which would only work out at 35.6 miles per day if we drove every single day of the year. Because most of us don’t drive every day, it inevitably means some journeys will be much longer and that can rule out an electric car with a relatively short range.

What does your vehicle need to do?

If all you do with your car most of the time is driving the kids to school or going to the local mall, a subcompact sedan or hatch with a gas engine will probably do fine, although a compact hybrid or an EV could be even better. Well, as long as you don’t have enough kids to make up a soccer team that is.

If you need to accommodate more than five people, including yourself, you’re then going to have to think about an SUV or a minivan, and that means hybrid and all-electric powertrains are harder to come across.

Then we come to towing, which considering how many pickup trucks are sold in the US each year is something that really does need thinking about. On the whole, towing will usually mean traveling longer distances than we’re looking at here, so I’m going to rule out full-size pickups.

There will be situations where some people tow a large load short distances on a regular basis, but I’m going to park that particular application for the purposes of this article.

Why are diesel vehicles not suited to short journeys?

If you want to buy a diesel vehicle and you only do short journeys you can, but you need to be aware of the possible pitfalls and consequences. I come from a background in the retail auto business where most customers had been brainwashed into thinking they had to have a diesel, no matter how many miles they drove per day or per year.

I had situations where I had elderly buyers insisting on buying a diesel Toyota Yaris because they thought they were cheaper to run. Diesel models got better mileage, but diesel costs more than gas at the pump, diesel variants cost more to buy, and diesel vehicles were more expensive to maintain.

Even so, it was almost impossible to make them understand this and they still insisted on a diesel because they offered a better mpg rating. Also, it wasn’t unusual for them to be trading in a 10-year-old vehicle with less than 22,000 miles on the odometer.

I appreciate it’s not the same in the US, where diesel cars have remained an unpopular oddity in most parts of the country despite the best efforts of European automakers like Volkswagen and Mercedes-Benz.

It needs to be said that today’s diesels are cleaner, smoother, more powerful, and more refined than they’ve ever been, and in many ways, they are now at least the equal to their gas-powered equivalents in many cases. Even so, the technology that has been developed to make them that way makes them even more unsuitable for repeated short-distance driving than they’ve ever been.

The catalytic converter, diesel particulate filter (DPF), and exhaust gas recirculation (EGR) valve can all have problems and even fail if you constantly drive a modern diesel over repeated short journeys. The EGR valve probably won’t fail as a direct result of short journeys, but the DPF can and will and that can have the knock-on effect of damaging the EGR.

You can clean a DPF yourself by taking your vehicle on a long run at relatively constant high revs on a highway, but if you don’t you’ll have to have it reconditioned or replaced. Reconditioning isn’t cheap, and replacing can cost between $1,000 and $4,000, depending on the vehicle. Replacing an EGR valve will cost from around $150 to around $500, depending on the vehicle.

Why small-displacement gas engines are good for short journeys

A small-displacement gas engine is great for doing lots of short journeys. They’re cheap to run and they’re designed to cope with exactly this sort of driving, but they’re more than capable of handling long journeys too. A lot of them are now available with stop/start technology, which is even better if those short journeys are in congested, built-up, urban areas. Ford’s 1.0-liter three-cylinder EcoBoost engine is a multi-award-winning engine around the world, and you’ll struggle to find a better gas engine for this type of driving anywhere.

Why hybrids are even better for short journeys

A hybrid (or a plug-in hybrid) is even better for short journeys than a car powered by a small-displacement gas-only powerplant. It has all the advantages of the gas-only engine I mentioned above, but it also has the added advantage of an electric motor that’s also perfectly suited to repeated short journeys. All this makes the vehicle as fuel-efficient as a diesel, but without the potential problems that make a diesel unsuitable.

Plug-in hybrids are better still because they have a larger battery that allows for greater distances to be driven on purely electric than a regular hybrid can deliver, and driving on electric-only is a great solution for short journeys.

Whey EVs are the best

Let me begin the case for electric cars being the best vehicles for short journeys by comparing them to a vacuum cleaner or a food mixer. Perhaps not the most flattering comparison I must admit, but they help explain what an electric car really is all about.

If you think about a food mixer, a vacuum cleaner, or most electric household appliances, they are mostly used frequently in relatively short bursts. That’s exactly what a car doing repeated short journeys is doing, and an electric car is as closely related to a vacuum cleaner as it is to a regular car.

There are fewer moving parts to succumb to wear and tear in an electric vehicle than there are in a regular gas or hybrid car, and they really are little more than an electrical appliance that’s designed to carry people and cargo. In fact, in the UK one of the world’s most successful vacuum cleaner manufacturers, Dyson, is now heavily involved in developing electric vehicle technology.

It stands to reason really. Dyson has been working on advancing battery capacity and charging technology for years, so making the move to electric vehicles is probably easier and more natural for a company like them than it is for the likes of GM, FCA, Ford and the other automakers.

It really depends on what you want from a vehicle

If your main priorities for a vehicle for short journeys include things like reliability, fuel economy and low maintenance costs, and you don’t need a ton of space or genuine towing capacity, there are a bunch of vehicles to choose from.

Japanese automakers are particularly adept at producing cars that fit the bill if those are your priorities, and I’d recommend the likes of the Toyota Yaris, Honda Jazz or the Nissan Versa Note. If you need something a little bigger and you still want to keep the price down, how about a Nissan Sentra, Honda Accord, Toyota Camry, or a Chevy Cruze?

With a bigger budget, I’d still look at something like a Camry, but with enough funds available it would be good to opt for the hybrid version.

If you need to transport a large number of people on short journeys regularly, it seems a bit of a no-brainer for me that the Chrysler Pacifica Hybrid is the one to go for. There are some hybrid SUVs as well, such as the Toyota Highlander Hybrid, but the RAV4 Hybrid is a lot more affordable if you don’t need more than five seats and it isn’t one of the best-selling SUVs in the world for nothing.

My choice for an EV would be the Tesla Model 3. It’s not much more expensive than a decent Nissan Leaf or a BMW i3, but it’s a better performer, more desirable, and a little more spacious. In fact, I’d go as far as to say that if I was buying a car for doing short journeys and I had facilities for being able to recharge an EV, I’d probably choose a Tesla Model 3 above just about anything else in that sort of price range.

If you really do need a pickup truck but you don’t need to tow 12,000-pound trailers, the full-size truck I’d go for is the latest Ram 1500 with the 3.6-liter gas engine that now has a 48-volt mild-hybrid system attached. But if you can manage with a smaller truck, the latest Ford Ranger with its 2.3-liter turbo-four looks a good bet.

Of course, if you’re not bothered about the cost and you just want the vehicle you want, that’s perfectly ok. But if you want affordability and reliability, it makes sense to consider which vehicle you’re going to buy very carefully if you’re going to be driving short journeys repeatedly. 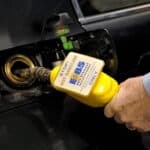 What is Flex Fuel and is it a Worth Considering?

Does Cruise Control Save Gas? 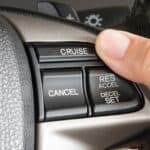