There are probably as many reasons why people buy vehicles as there are models available, especially when it comes to used Toyotas. It would be impossible to cover every possible use and application in one article, so here I’m going to look at the best used Toyota for off-road driving. That brings two particular Toyota models to mind, so what’s the Difference between the Toyota Land Cruiser and Toyota 4Runner, and which is the best to buy used?

Toyota probably isn’t the coolest or sexiest auto brand, but you don’t get to be the biggest automaker in the world without doing many things exceptionally well. Toyota is a brand renowned for the reliability, durability, safety, and overall quality of the vehicles it produces, which helps to deliver some pretty strong residual values too.

The Toyota Land Cruiser and Toyota 4Runner are hot properties in the used market, which will be the focus of this article as the Land Cruiser isn’t available as a new model in the US anymore.

Although there are many similarities between the Toyota Land Cruiser and Toyota 4Runner, these two models occupy pretty separate areas of the market where pricing is concerned. If we take the 2020 model year as an example, the cheapest 2020 Toyota Land Cruiser had a starting MSRP of $85,415, and the most affordable 2020 Toyota 4Runner with four-wheel-drive was $37,995.

If you were happy to accept a 2020 Toyota 4Runner with two-wheel drive, the starting MSRP could have been as low as $36,120.

In the current used market, you can get a used 1999 Toyota Land Cruiser for as little as $8,000 or less in some cases, while a used Toyota 4Runner of the same vintage and miles will start at about $3,000.

The Toyota Land Cruiser and Toyota 4Runner have looked quite similar in recent years, although the further back you go, the easier they are to tell apart at a glance. If you saw a 2021 Land Cruiser or 4Runner on the road and you’re not an aficionado, you could be forgiven for mistaking one for the other.

The two models have looked increasingly similar since the days of the Toyota 4Runner third-generation (1995-2002) and the J100 Land Cruisers (1999-2007). But if you go back further than those two, the Land Cruiser and 4Runner are easily distinguishable.

Size is one of the easiest ways to tell these two apart visually. The Land Cruiser is taller, wider, and longer than the 4Runner, which goes some way towards accounting for the significant price difference. The 4Runner is usually available in more different specifications than the Land Cruiser.

The Toyota Land Cruiser and Toyota 4Runner are right up there regarding off-road capability, although it’s fair to say the Land Cruiser is superior. Any Land Cruiser will get you where you need to and back again regardless of the terrain or weather conditions, and it’s hard to think of anything else with greater reliability and durability.

You can’t assume that any used Toyota 4Runner you see offered for sale will be an imperious off-roader because there are some rear-drive variants out there. The majority of used 4Runner models you’ll see on lots will be four-wheel-drive, but don’t assume they all are.

Some Toyota 4Runner trim levels are designed to be impressive off-roaders, such as the TRD Off-Road and Off-Road Premium trims with their standard four-wheel-drive. However, lower-spec trim levels are also available with four-wheel drive, so check out used listings to ensure you know what you’re looking at.

Along with its more significant dimensions, the Toyota Land Cruiser also comes with more powerful engines. On the other hand, it needs to be stated that cutting-edge isn’t a term you’d apply to either one.

The Land Cruiser and 4Runner engines are by no means the most sophisticated units you’ll come across, but both are renowned for their incredible reliability and durability. If the term “tried and tested” had been invented to describe a gasoline engine, it would have come about to describe a Toyota 4Runner or Land Cruiser engine.

There’s no point beating around the bush in this section. The interior of the Toyota 4Runner has always felt underwhelming. It does have the quality and ergonomics you’d expect from Toyota, but functionality is to the fore, and style doesn’t appear to have had much consideration.

The 4Runner is a five-seat vehicle at best, although it really should be seen as a four-seater if all four occupants are likely to be full-size adults. Even then, the rear seat isn’t exceptionally comfortable, and many people complain of feeling like they sat too close to the floor in the 4Runner for an SUV.

Although the Toyota Land Cruiser is billed as a seven-seat model, the best way to see it is as a highly comfortable vehicle for five with the capability to carry two more people on short journeys in exceptional circumstances.

It feels as though Toyota couldn’t decide between producing a five-seater with excellent cargo space or a seven-seater with reduced cargo-carrying capability and ended up falling between the two.

As the years went by, Toyota certainly upped its game with the Land Cruiser’s interior, and this eventually became its Achilles Heel. You can pay more than $100,000 for a Land Cruiser, and much of that price is a result of the onboard tech and luxury interior.

Unfortunately, the Land Cruiser is a Toyota, so how many people out there are ready to pay Range Rover, Lexus, or Cadillac money for an SUV with a Toyota badge? Unsurprisingly then, 2021 was the final model year for the Toyota Land Cruiser in the US.

As I just mentioned, the Land Cruiser technology increased significantly over the years until the final 2021 model year. It’s a similar story with the Toyota 4Runner, although nowhere near the same extent as the Land Cruiser.

Later model Land Cruisers incorporated the latest technology well, but the 4Runner increasingly feels like an aging model that keeps getting stuff added on in a vain attempt to remain relevant. There is an all-new, completely redesigned 2024 Toyota 4Runner in the pipeline, so, understandably, the last few model years seem to have been papering over the cracks.

You will find a touchscreen infotainment system with Apple CarPlay and Android Auto in later versions of the Toyota 4Runner, but it does feel like putting a Bose sound system on a 1960s Harley Davidson.

If there are two areas where it’s hard to criticize the Toyota 4Runner or the Toyota Land Cruiser, and one of them is off-road capability, safety is the other area of undisputable excellence. Toyota has always focused on safety throughout the years, and these two models are no exception.

Of course, with the greater stature and matching prices of the Land Cruiser, that model is always ahead of the 4Runner in the safety stakes. Having said that, you can’t go far wrong with either of these two if safety is a big part of your buying decision.

Toyota Land Cruiser vs. 4Runner: Which is better?

If style and sophistication are not especially important to you, but reliability, durability, safety, and off-road capability are, you won’t go far wrong with a used Toyota 4runner or Land Cruiser.

The obvious difference between the two is the price, but it’s not as simple as how much you want to spend. This is very much a case of getting what you pay for, and you can make a case for either model based on what you want from a vehicle.

If you want more of everything, the Toyota Land Cruiser will always come out on top, but at a price. However, if you’re looking for a rough, rugged, no-nonsense SUV with outstanding off-road capability that can handle anything you throw at it and is unlikely ever to let you down, the Toyota 4Runner is a great choice.

On the other hand, if you want all that and more, including better capability, technology, even more safety, and plenty of extra luxury features, the Land Cruiser is the way to go.

Personally, if I were going to spend Land Cruiser money, I’d go for a genuine luxury model like the Range Rover. On the other hand, a Toyota Land Cruiser would always be my first choice if I were planning to drive across the desert for hundreds of miles with no support and no civilization.

The Toyota 4Runner would probably be my second choice, especially if my budget didn’t run to a Land Cruiser. The 4runner may be more basic and undoubtedly aging, but it’s still a vehicle you’d trust to get you where you need to be without a problem. 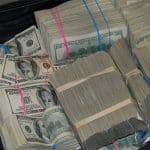 Can a Car Dealer Refuse Cash as Full Payment? 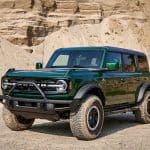