The Toyota Tacoma is a midsize pickup truck that’s currently in its third generation. The current third-generation model has been in production since 2015 when it was introduced for the 2016 model year. The Tacoma boasts the usual Toyota positives such as reliability, durability, and strong residual values, but how does it measure up when comparing the Toyota Tacoma vs. the competition? Let’s take a look.

The first incarnation of the Toyota Tacoma arrived in 1995 as a 1995 model year replacement for the now-legendary Toyota Hilux. The first-generation Tacoma was classed as a compact pickup truck, and it was available in 2-door regular cab, 2-door extended cab, and 4-door crew cab body styles.

The Tacoma was designed to prioritize ride quality, handling, comfort, and safety over ruggedness and payload capacity. The design was intended to cater specifically to the needs of the US and Canadian pickup truck market, where pickup trucks, particularly compact and midsized trucks, usually get bought as personal vehicles rather than for commercial, agricultural, and off-road use.

Toyota responded to what the market was telling them about the original Tacoma. A second generation was launched for the 2005 model year, which was bigger, more powerful, and more capable than its predecessor. This was the first Tacoma to get officially classed as a midsize pickup truck, which is the segment it continues to compete in today.

It was a smart move to make the Tacoma bigger and more powerful as this made it appeal to a more significant section of the commercial market and the growing number of retail buyers looking for this size of pickup truck.

The second-generation Tacoma has a 4.0-liter V-6 engine option that took the place of the original 3.4-liter V-6. The new unit featured several enhancements, such as a tow rating of 6,500 pounds and a payload capacity of 1,650 pounds.

The third-generation Toyota Tacoma arrived for the 2016 model year and just built on the quality and success of the previous generation. It’s impossible to look at the third-gen Tacoma and not immediately think of the Toyota 4Runner SUV, which is understandable as the two vehicles share a lot.

The available V-6 engine, which most buyers prefer, was upgraded again for this generation. Third-gen models can run on a simulated Atkinson cycle using Toyota’s VVT-iW technology and feature the automaker’s D-4S system, allowing switching from port injection to direct injection based on driving conditions.

This generation enjoyed a reasonably significant facelift for the 2020 model year, which as well as new exterior styling, also included updated technology such as Apple CarPlay, Android Auto, and Amazon Alexa compatibility.

During its first two generations, the Toyota Tacoma was part of a somewhat niche North American auto market segment as full-size, light-duty pickup trucks were hugely dominant, and smaller trucks were something of a novelty tribute act for some buyers. However, midsize pickup trucks have become more and more popular over the last decade, and we now have more midsize choices than ever before.

The traditional rivals of the Toyota Tundra are the Ford Ranger, Nissan Frontier, Chevrolet Colorado, and the Honda Ridgeline. Today, however, we now see people shopping the Tacoma against the likes of the Jeep Gladiator, GMC Canyon, Ford Maverick, and even the Hyundai Santa Cruz.

Let’s see how the 2022 Toyota Tacoma compares against each one of its midsize and compact rivals, and for a fair comparison, in each case, I’m going to compare the most expensive and most capable versions of each truck.

The 2022 Ford Ranger is one of the closest and most obvious rivals of the 2022 Toyota Tacoma. Both models have adopted somewhat similar exterior styling, so there isn’t much to choose between them as far as how they look is concerned.

The most recent Tacoma has a slight edge over the Ranger in terms of exterior styling for me, but there isn’t too much in it. If anything, the recently reintroduced Ford Ranger looks a little dated at the side of the current Tacoma.

A range-topping 2022 Ford Ranger Lariat is considerably cheaper than the 2022 Toyota Tacoma TRD Pro, but the Tacoma has more off-road capability than the Ranger. At least it does until Ford launches the Ranger Raptor for the 2023 model year.

On the other hand, the Ford has more interior space for passengers and a larger truck bed. However, the Tacoma leaves the Ranger for dead as far as maximum towing capacity, which means the Toyota Tacoma will be a better option for commercial buyers.

If we were comparing the Toyota Tacoma against the 2021 Nissan Frontier, I would start by saying how dated the Nissan looks at the side of the Tacoma. However, that’s not the case anymore, as the 2022 Nissan Frontier is an all-new third-generation that was well overdue.

Although the all-new third-generation  2022 Nissan Frontier uses a revised version of the steel ladder frame chassis of the previous model, the exterior and interior have been thoroughly redesigned, and there are also new suspension components.

Thanks to a new grille and bumper, the 2022 Frontier is 4.5 inches longer than the previous model, but the rest of the dimensions are almost identical.

There isn’t much to choose between the 2022 Tacoma and 2022 Frontier as far as exterior styling goes, but the range-topping Frontier Crew Cab 4×4 PRO-4X is even cheaper than the Ranger Lariat. This is all starting to make the Tacoma look increasingly expensive, but look at resale values and features before making too much of the MSRPs.

I’ve been a big fan of the Chevrolet Colorado for some time now, but even I have to admit that it’s starting to show its age. The exterior of the Colorado can be dressed up to look seriously good, but it does cost extra, and it still looks a little tired alongside the Tacoma.

If safety features are a big deal for you, then you’ll probably go straight to the Toyota Tacoma, as it leaves the Chevy for dead in that area. The Colorado lacks some driver-assist features the Tacoma gets at all levels, and the Chevy also has poor safety ratings.

The 2022 Chevrolet Colorado ZR2 compares reasonably well with the range-topping Tacoma, but it should do with a starting MSRP that’s just $5,000 less than the Toyota.

On the plus side, the Colorado ZR2 is bigger than the Tacoma by almost every measure, and that means there’s plenty of room in the cab for all five people. A redesign is on the way for the Colorado for 2023, which is another reason why you might choose the Toyota over the Chevy at the moment.

A range-topping 2022 Honda Ridgeline Black Edition is a touch more expensive than the 2022 Chevrolet Colorado ZR2, but it’s worth it in some areas. The Honda is better built and more high-tech than the Colorado, so it’s closer to the Toyota Tacoma than the Chevy.

Range-topping versions of the Honda and the Toyota come with very comparable V-6 engines, but the Honda is a little better on gas. But if some serious off-roading is on the agenda for your new midsize pickup truck, the Toyota is a clear choice here.

The Jeep Gladiator is one of the most recently arrived rivals for the Toyota Tacoma. The Gladiator is a serious contender if the off-road capability is high on your list of priorities, but it does cost almost as much as the Tacoma without offering as many standard features.

There’s a bit more room inside the Jeep cabin, but the beds are almost the same size. The standard V-6 engines offer almost identical horsepower and torque, but the Toyota is the winner for towing capacity with 6,400 pounds against the Jeep’s 4,500 pounds.

Which truck looks better between Tacoma vs. Gladiator is entirely a matter of personal taste. While the Jeep has the iconic styling of the legendary Jeep Wrangler, it does look like a Wrangler Unlimted with a truck bedded added on the back, while the Tacoma looks like it was designed as a pickup truck from day one.

If you love the Gladiator’s look, you might be prepared to overlook the comparatively basic specification compared to the Tacoma TRD Pro. Personally, I’d still choose the Toyota for the greater towing capacity and the higher overall specification.

The 2022 Ford Maverick is a brand new addition to America’s small pickup truck market, and it’s incredibly affordable if you can get your hands on one, but it’s smaller and less capable than a 2022 Toyota Tacoma.

A range-topping 2022 Ford Maverick Lariat costs almost half as much as a 2022 Toyota Tacoma TRD-Pro, but it’s hard to argue against the fact you’re going to be getting around half as much truck.

The Ford is proving extremely popular, but it’s probably not appealing to the same kind of buyers as the Tacoma. The most you can tow with the Maverick is 4,000 pounds, but base models can only handle 2,000 pounds.

There’s no denying the staggering value for money the Ford Maverick represents. Still, it’s easy to see where the savings have been made with abundant cheap plastics and minimal pickup truck capability. If you want something more capable and versatile than a compact crossover SUV, you’d probably go straight to the Ford Maverick. But I’m not sure anyone considering a Tacoma would overlook the Toyota in favor of the Maverick.

It’s almost laughable to compare the all-new Hyundai Santa Cruz with the Toyota Tacoma in many ways, but hold your laughter until you learn a little more about the Hyundai. Although the bed is tiny compared to ‘proper’ pickup trucks, the Santa Cruz boasts powerful engines, stunning exterior styling, and a pretty remarkable 5,000-pound maximum towing capacity.

When you look at the Santa Cruz on the outside, the first things that come to mind are probably the Subaru Baja and the legendary Chevy El Camino, rather than the Toyota Tundra or Ford F-150.

The Hyundai’s available 2.5-liter turbo-four engine develops more horsepower and torque than the Tacoma’s V-6, so you can be sure the Santa Cruz is considerably faster than its Toyota rival.

Despite some impressive numbers associated with the 2022 Hyundai Santa Cruz, I’m still not convinced that it’s a truck you would ship against the Toyota Tacoma.

You might assume the 2022 GMC Canyon would be almost identical to the closely related Chevy Colorado, but there are more differences than you might expect, and the GMC pushes the Tacoma harder than the Chevy.

The Canyon carries off the butch pickup truck better than most, although it does suffer from looking a little aged, just like the Colorado. In its Denali trim, the Canyon is a credible rival to the top trim levels of most trucks when it comes to standard equipment. The GMC also has elements of style and panache that most other brands struggle to match.

There’s a lot more front and rear legroom in the Canyon than the Tacoma, although the Toyota does offer considerably more headroom in the cab.

If towing capacity is crucial to you, the GMC leaves even the Tacoma for dead with a maximum tow rating of 7,550 pounds.

The Canyon also comes in two very distinct flavors, with a range-topping Denali trim that piles on the bling and tech and the more affordable AT4 that’s all about off-road style and capability.

I probably wouldn’t choose the 2022 GMC Canyon Denali over the 2022 Toyota Tacoma TRD-Pro, but I would choose the Canyon AT4 Leather and save myself more than $10,000! 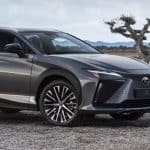