What Happens When Your Hybrid Runs Out of Gas?

It’s happened to nearly everyone! You are cruising down the highway, enjoying your favorite music, when suddenly the low-fuel warning light strikes your eye! Rest stops and gas centers are not only miles away, but you also don’t have a can of extra gas inside your vehicle. It can cause a lot of anxiety. But do you know what happens when a hybrid runs out of gas?

Running out of gas in any type of car is never a great experience. Not only can it potentially cause problems to your car, but it leaves you stranded in the middle of nowhere.

With hybrid cars being fairly new, prospective car owners may be curious about whether a battery could possibly keep the vehicle moving when the gas tank ran out. It’s commonly thought that hybrid cars can continue to move or rather operate even after their gas tank runs dry. However, this isn’t the case, unfortunately!

When a hybrid runs out of gas

Exactly what transpires when a hybrid car runs out of fuel depends on the make and the model. First and foremost, it’s worth noting that hybrid cars were intended to operate on electric energy alone. After all, they are not electric vehicles.

In hybrid cars, both the propulsion battery and the gasoline-powered engine are engineered to function holistically.

Every hybrid engine runs a little differently, and this implies that each one will respond to an empty gas tank in a different manner. Whereas some vehicles will come to a complete halt once they run out of gas, others will be able to continue a little bit after their gas tanks become empty but only at very low speeds.

Generally, hybrid vehicles’ electrical and gas systems work in tandem to propel the vehicle, not one at a time, which is the major reason why if either of them fails it can impact the functionality of the other.

Which hybrid cars will stop moving once they run out of gas?

Some hybrid cars such as the Tahoe, Nissan Altima, or Silverado for instance, will stop once they run out of gas to not only protect the car but to preserve their battery. They will completely shut down, giving you no time to reach the nearest gas station even if the battery is fully charged.

So, if you own any of these hybrid cars, do yourself a favor by carrying a few gallons of extra gas.

General Motors’ official explanation is that driving the Tahoe and Silverado when they are short on gas will increasingly make the large propulsion battery highly susceptible to damage. So, rather than risk damage, the cars will safely shut down!

For the same reason, Nissan’s Altima hybrid car will equally shut down anytime the gas-powered engine runs out of fuel, lighting up a triangular warning lamp on the instrument panel.

Which hybrid cars will continue to run even when they are out of gas?

There is no doubt that the Toyota Prius remains one of the most popular hybrid car models. It bests nearly all other hybrid vehicles in fuel efficiency and also boasts a huge cargo. What’s more, it has ample, comfortable seating space and a plethora of high-tech features.

If you are the owner of a Prius, then you might be able to get away with driving a few more miles after your gas tank runs dry. And the same is true of the HS Lexus 250h.

However, it’s imperative to note that how far your Lexus HS 250H or Toyota Prius can go will depend on the amount of power the battery has. In this regard, if yours had a strong charge before the tank became empty, then you may be able to cover several miles without gas.

On the other hand, if the battery becomes so low that the gas-powered engine would normally engage, your Prius will only move at a maximum speed of 18 mph.

By this time, the major battery’s voltage, which can supply up to 650V to the drive motor at full charge, would have dropped so low that the drive motor would be on the verge of drawing too much power. When this ultimately occurs, the system will automatically shut down the electric motor and your car will instantly stop.

If you need to contact a tow truck for your Toyota Prius, make sure that it’s only towed with its front wheels off the ground! It is imperative to note that because there is no conventional neutral in the transmission, flat-towing a Toyota Prius will engage the front tires’ generators, feeding electricity back into the engine and possibly causing it to overheat!

There is one last problem you’ll have to contend with when your Prius suddenly runs out of gasoline, and that’s getting it moving again. If the ignition battery is completely drained and no longer supplies charge to the gasoline-powered, adding fuel won’t change the situation.

It requires a special Frankenstein device to effectively charge the nickel-metal-hydride battery. And this machine can only be found at Toyota dealers. However, Toyota alleges that so far, no dealers have ever reported using the device since the car was launched in America in 2001.

It’s worth noting that Ford’s Fusion Hybrid employs the same strategy as its Lexus and Toyota counterparts, and will continue to move for nearly half a mile on the battery after running out of gas.

How common is it for hybrid vehicles to run out of gasoline?

We all know that hybrid cars and electric-powered vehicles are relatively new, so not much is known about them! However, hybrids have a commendable range with some potentially reaching more than 600 miles.

Of course, this differs greatly from one hybrid to another and most hybrid cars have ranges slightly above their conventional engine counterparts. With this in mind, we can only guess that hybrid vehicles generally run out of gasoline less often than conventional engine cars!

Running out of gas in the sense of getting stranded in the middle of nowhere is probably less common for hybrids. However, it is important to also acknowledge that this unfortunate event can happen! Thankfully, it is preventable.

If you are a hybrid car enthusiast, your best policy is to never depend entirely on your hybrid’s electric engine. While it might seem like a reliable backup strategy, it’s much easier to plan ahead and avoid the distressing low fuel light than to risk both your safety and damage to your vehicle.

Plan long routes, keep an eye on your gas gauge, and always have an extra can of gas in your trunk when traveling long distances. This is all you need to do to prevent your hybrid car from running out of gas! 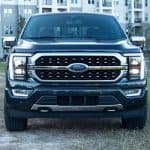 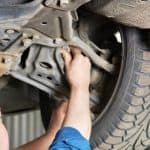