What is a Demo Car and is Buying One a Good Idea?

When you’re scouring dealership websites online looking for a great deal on a used car, truck or SUV, you’ve probably come across the term demo car, but what is a demo car and is buying a demo a good idea?

A demo car is one that has been registered by the dealership to be driven by employees, family members, or by customers on test drives, and is usually only a few months old when put up for sale. Some may have been used by manufacturers for launch events or appearances, but most demo cars will only have done a few hundred to a few thousand miles by the time they go on sale. Demos are an attractive option for buyers looking for a used bargain.

Here I’m going to look at:

What exactly is a demo car?

Franchise dealerships have to have a fleet of demo cars – or demonstrators to give them their full title – of a certain size, as stipulated in the franchise agreement with the manufacturer they represent. This isn’t an arbitrary situation. The dealership has a number of standards it has to maintain to retain its franchise, and a fleet of demo cars of a certain number is definitely one of the big ones.

Which models they are is often left up to the dealership to some extent, although at least one of each nameplate will have to be included at larger dealerships. They also have to be current models, and they can only be included in the fleet for a certain length of time, which is usually three months.

Despite their name, not all demonstrators are used for demonstrating. Some are kept as “static” demos, and these are always on-site to be used for demonstrations. The majority of demos will be used as company cars for employees, and some can even be allocated to family members of senior staff. The final type is the loaner or service loan car. These are there to be loaned out to service customers while their own vehicle is in the shop having work done.

Pros and cons of different types of demo car

A static demo is a good one to get as they will probably have done fewer miles than any other type of demo, but it might also have been stood around a lot, and any new car niggles it may have might not have been noticed and fixed. It’s unlikely there will be a problem with this type of demo, but if you get a demo and wonder why a squeak or rattle hasn’t been fixed, now you know why that might be.

Demos that have been used by staff members and family members can vary quite a bit, even so, there’s still less to be concerned about than there is with an older used car. If the employee the vehicle was allocated to lives close to the dealership, their demo might have very low miles on it. If they live a long way away and have an extended commute, their car could have done as many as 6,000 miles in three months.

Also, despite the policies of the dealership, sometimes they have been smoked in or had wet dogs in them. There can also be noticeable signs of wear if child seats or dog cages and restraints have been used. Dealerships will usually stipulate that employees cannot smoke in their allocated demo cars, but in my experience, that doesn’t always mean they don’t. Anyway, you’ll soon be able to tell when you get inside.

On the plus side, demo cars often have factory options or accessories fitted by the dealership to show them off, so you could get even more for your money than with a brand new example.

The last demo car category is the service loaner. There are good and bad things to say about these. The good news is they’ve been used by the service department, so you’d like to think anything that has needed doing to them will have been sorted promptly. The bad news is they’ve been used by service customers, some of who will have had little or no regard for the upkeep of the loaner.

Like the employees, service customers will be told they cannot smoke in the car and sometimes pets will be banned as well. In my experience, the service department might as well write that on a piece of paper and flush it down the can before the customer even gets there.

Ex-service loaner cars will usually be the highest mileage models with the most signs of wear and tear, but if you can put up with it you will have a strong bargaining chip to get the price down.

There’s another group of cars you might see for sale at a dealership that appear to be demos but are not actually demos at all. These are the pre-registered models, and these are absolutely brand new, apart from the registration document.

These cars have been registered to the dealership but never used, and they are put up for sale immediately. If you see what looks like a demo and it has delivery miles and was registered less than three months ago, the chances are this is a pre-reg.

You might think this is the best of all worlds. After all, it’s not new and therefore doesn’t have a new car price ticket, but it looks, feels and smells exactly the same as a brand new car because to all intents and purposes, it is. There’s only one problem here, and that’s the lack of dealer profit margin to be negotiated away to secure a sale.

While demo cars get their wholesale cost to the dealership reduced through manufacturer bonuses and tax write-downs by the dealership accountant to reduce their price and make them attractive to buyers, a pre-reg has cost the dealer the same money as a brand new model.

If the dealership doesn’t operate a write-down policy on a pre-reg, which effectively comes out of the dealer’s own pocket, you don’t have any more room for negotiation on the price than you have with the same vehicle brand new.

Difference between demo and CPO cars

CPO cars – Certified Pre-Owned cars to give them their full name – are probably the next step down the used car ladder from demos. Main dealers often run a CPO program with the manufacturer, and this is where used vehicles below a certain age and mileage are put through a CPO inspection and have to meet sometimes rigorous standards laid out by the manufacturer.

A CPO vehicle might have to have at least a certain amount of tread on its tires, and will also come with a more comprehensive warranty than a non-CPO used vehicle. These can be a good buy, but they’re more expensive than non-CPO models and they’re older and have more miles on the odometer than a demo.

Why do dealers sell demo cars so soon?

You might be wondering why a dealer sells a demo at three months old instead of keeping them as demos for another few months at least, especially if they’re not doing a lot of miles. The simple fact is they have no choice. Violating the franchise agreement by not sticking to demo standards is a serious infringement, and could theoretically lead to a fine by the manufacturer or even loss of the franchise itself.

I have worked for a main dealer where we kept the service loaners going for almost two years, and we didn’t put any demonstrators on for the same period. The employees who needed company cars had to run used cars off the lot, but this was an exceptional situation as it was during the global financial crisis and the group was in danger of going out of business. If a dealership is running really old demos it’s not out of order to think that all may not be well with the business.

How much room is there for negotiation on the price of a demo?

This is a tough one because it can vary so much. You as the customer have no way of knowing how much margin a dealership has in a demonstrator. They may have got nothing more than the de-fleet bonus from the manufacturer, but they may also have had further registration bonuses when they registered the car.

The best thing to do is forget about how much headroom the dealer might have to play with and concentrate on what you think the car is worth. Compare it to a brand new model and used models a bit older with more miles, and a fair price should be somewhere in the middle.

One thing you should keep in mind is that one of the rules of life doesn’t necessarily apply here, and that’s the rule that if something looks too good to be true it probably is. If you see a stunning deal on a demo there will be a reason for it, but if it’s that good and you’re in a position to buy, don’t let it get away. Apart from buying a brand new car that’s on offer, a demo at a great price is as good as it gets.

Should you buy a demo?

I’m not the world’s biggest fan of buying used, although I much preferred selling used than new because there was a lot more money to be made selling them. If you want to buy used and cut down on the amount of depreciation you’re going to be saddled with, but you don’t want to take many risks with what might possibly have been someone else’s problem, buying a demo car is a slam dunk. An older, higher miles example with a lower price might be tempting, but it’s not going to offer the peace of mind of a demo.

Is a demo better value than a pre-reg? In most cases, I’d say yes because the dealer will probably have more room to maneuver on the price of a demo, but don’t tell them I told you.

Before you get carried away

I’d better point out that you’re not likely to find dealerships with a raft of ex-demo luxury cars in the same way you’ll find mass-market dealerships with a load of demos. Although prestige dealerships do have demos, they don’t allocate $100k models to sales staff and service managers. If you want a great deal on a demo Charger, Escape or Regal you’ll have plenty of choices. If you’re looking for a demo Aston Martin at a knockdown price, you might be looking for a while. 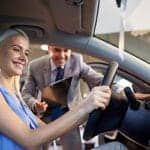 Do You Need to Test Drive a Car Before Buying? 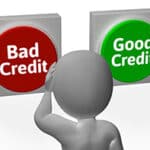