There are lots of different names given to different types of used cars, so if you’ve ever wondered what a restomod is or if it’s the same as a restoration, I’m going to tell you what they are what the differences are right now.

A restomod is a combination of the old and the new where an old car is restored using modern components and technology to deliver new car comfort, performance and technology while retaining that classic car styling. A restoration is where an old car is repaired and faithfully restored as close as possible to how it would have been when it first left the factory as a brand new car.

If you watch any of those many, many car shows on television these days such as Fast ‘n’ Loud, Kindig Customs, Overhaulin’ and the rest, you’ll have seen more than your share of restomods over the years. A restomod is where an old car is used as the basis for a “build,” but any amount of modern parts and components can be used to make it better than it was when it was brand new.

It doesn’t just stop at using better wheels, engines and braking systems though. A restomod can even have some fabrication work done on it to alter the way it looks a little. Think new air-intakes, spoilers or a body kit, for example. Almost nothing is truly out of bounds with a restomod as long as it still looks a lot like an original, and they can sometimes be genuine works of art in their own right.

Some restomods can fool you into believing they are original when you look at them. They may look as though they’ve just left the factory where they were originally produced, but in fact, underneath they could be built from entirely new contemporary components. These cars may look original, but the big plus point they have in their favor is that they will drive, handle and perform like a modern car.

A late 1960s Ford Mustang that looks like it’s just been driven out of the showroom may be way cooler than a brand new 2020 model to look at, but you’ve got to believe the brand new one will be a million time better to drive and far more comfortable. If you take a late 1960’s Mustang body and put it on new Mustang underpinnings with a 5.0-liter V-8 crate engine and a new interior, you have all the coolness of the original, but you won’t have to put up with 1960 technology and engineering.

If I was buying a restomod this is the type of thing I’d go for, but some buyers are not bothered about trying to fool anyone they’re driving an original that has been restored to be identical to how it was when it first left the factory.

Restorations are very different to restomods, and that’s because they have been restored to be as close to the original specification that left the factory all those years ago as it’s possible to be. The “holy grail” for a restoration for it to be what is referred to as a “matching numbers” car. That means every part of the vehicle is original and not a replacement, so the numbers on the chassis and the engine all match the car’s original paperwork.

A car can still be considered a restoration if replacement parts have been used, but they still need to be faithful to the original specification. Let’s say you’ve found a 1967 Chevy Camaro SS but it doesn’t have an engine, but everything else about the car is original and is good to be rebuilt or restored. You’re still going to need an engine, of course, but a brand new Chevy LS4 crate engine isn’t going to be acceptable.

For it to still count as a restoration you’re going to need to find an engine as close as possible to the original, preferably one from another 1967 Camaro SS. The further away you go from the original specification the less of a faithful restoration it becomes, and the more it will affect the value. You could drop a Hellcat engine in it and it would go like a storm, but your restoration would have just become a restomod instead.

When does a restomod become a hot rod?

Even if the only original part of your build is the body shell, and even if you have to fabricate some new sheet metal because something like the original floor has rusted through, it can still be considered a restomod as long as it looks much as it did when it originally came off the production line.

A restomod could replace an original, underpowered engine with a brand new 700 horsepower crate engine under the hood and still be considered a restomod and not a hot rod. A hot rod is when any pretense of originality is ditched and the builders just go to work on producing something truly special, unique, and often outrageously powerful.

How much does a restomod cost?

How much does a restomod cost? You may as well be asking how long is a piece of string? Some examples might cost the same as a similar model would cost brand new today, but at the other end of the scale, it’s not difficult to spend hundreds of thousands of dollars. It really is up to you, so like any vehicle purchase, set yourself a budget and have a look for what’s out there.

How much do fully restored cars cost?

Once again, how much do you want to spend? I’ve got to say though; if you want a really good restoration you’re probably going to need seriously deep pockets, even if the model in question isn’t a much sought-after classic. If you want something like fully restored 1969 Boss 429 Mustang, for example, the last one I saw go through Barrett-Jackson went for $550,000.

On the plus side, unlike most other cars, classics like these are likely to appreciate in value rather than depreciate. But if you’ve got half a million dollars to spend on a car you like, do you really care what happens to its value?

There’s another category of car you may see from time to time, and these are the factory reproductions, which are also sometimes called “continuation” cars. These are brand new cars build by their original manufacturer using the original plans, and companies like Aston Martin and Jaguar are finding this niche extremely profitable.

What they’re basically doing is starting a new production run of old models that have now become extremely rare classics, like the Aston Martin DB5 from the James Bond “Goldfinger” movie from 1964. Aston built 25 new ones, none of the were road-legal, and the price started from a cool $3.5 million each.

Should you buy a restomod?

If you’ve got the money to afford a vehicle that looks old but in pristine condition, and you like the idea of driving something that looks retro but drives anything but retro, then yes, absolutely you should consider buying one. The only word of caution I would give is to make sure the shop that has built it has a great reputation. Remember the saying “all that glitters isn’t gold” before you part with hard-earned cash for a restomod.

Just because a car looks as good as new and has the underpinnings of a new car, it doesn’t mean it will be as reliable and trouble-free as a car that’s just come out of the factory. Remember that any car that comes out of a GM, Ford, Chrysler, Toyota or any other major automaker’s factory has been through rigorous research and development over many months or even years. Billions of dollars will have been spent on developing it, and millions of miles of road testing will have been carried out before the first example was offered for sale to the public.

When you’re buying a restomod it could have parts from Ford, GM and who knows what other manufacturer used on it. You could have what looks like a 1967 Impala, but the rear axle could be a new one designed for a Ford Crown Vic. On top of that, your car will have been put together by a small team, and you’re relying on them to have done a really good job.

If you’ve chosen a really good shop with a stellar reputation, you’ve probably done as much as you can in ensuring your car will be a good runner. But even the best shop with the best technicians isn’t a match for the resources of a Ford or GM, and we all know how wrong they can still get it at times, don’t we?

For me personally, I’d rather have a car that looks original but drives like a brand new one than one that looks old and drives like its age says it should. So yes, I would definitely go for a restomod over a faithful restoration any day. If money was no object and I was a collector though, I would only be looking for fully restored matching numbers cars because I’d probably be driving an AMG S43 convertible or an Aston Martin as my daily driver anyway.

Should You Buy a Used Car on Finance? 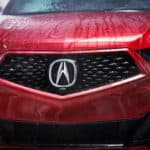