There are lots of features our trucks and SUVs have that we might not properly understand, and some that we don’t even know they have until a warning light for them appears on the dash. One of those features you might not be completely sure about is Auto LSD, so what is Auto LSD, what does it do, how does it work, and do you actually need it?

Auto LSD is short for Automatic Limited-Slip Differential, which is a Toyota traction control system that automatically controls the engine output and applies braking when it detects that one of the rear wheels is losing grip and is starting to spin. The system only operates in two-wheel drive and it does not work when four-wheel drive is engaged.

While a mechanical limited-slip differential is available and working all the time to distribute power efficiently to the rear wheel that needs it most, Auto LSD needs to be engaged. When engaged, Auto LSD will not only redistribute power to the wheel that has the most traction in the way a conventional limited-slip differential will do when one wheel is slipping, but it will also engage the brake to effectively lock the spinning wheel.

Do you have to choose whether to have Auto LSD on or off?

Auto LSD is always on when a vehicle is in rear-wheel-drive mode, but there is an Auto LSD button for the driver to press that makes it work differently. Without the button pressed and therefore without the Auto LSD light showing on the dash, the feature is waiting in the background as long as the vehicle is in rear-drive mode.

If Auto LSD detects that one of the rear wheels is starting to slip it will send more drive to the wheel that has the most traction, it will apply braking to the wheel that’s slipping, but it will also limit the engine output to less than 1,000 rpm.

If the driver decided to press the Auto LSD button and the light then comes on the dash, the system will still distribute torque to the wheel with traction and brake the slipping wheel, but now there will be no limiting of the engine output. If the driver puts their foot down when the Auto LSD light is on revs will increase as much as they would normally when the gas pedal is pressed.

Can Auto LSD be turned on in four-wheel-drive mode?

Part of the “automatic” element of Auto LSD is the fact you don’t have to remember to turn it on and off as you swap between rear-drive and four-wheel-drive modes. As soon as you engage four-wheel-drive the system will turn itself off completely and you cannot re-engage it unless you put the vehicle back into rear-wheel-drive.

Once back in rear-drive, Auto LSD will then be working in the background, but only in the way mentioned above where the engine output will be limited unless the button is pressed to put the light back on so rev-limiting is then turned off. So no, Auto LSD cannot be turned on when operating in four-wheel-drive mode.

Which Toyota vehicles have Auto LSD?

The only two vehicles in the Toyota 2022 model year lineup that have the feature are the 2022 Toyota Tundra and the 2022 Toyota Tacoma pickup trucks. Other models such as the RAV4 and 4Runner used to have Auto LSD but now only the Tacoma and Tundra have this feature.

What is Auto LSD for?

Auto LSD is a useful feature for quickly getting some extra traction in difficult conditions for the rear wheels of a vehicle when you don’t want to bother with switching into full 4×4 mode. The fact that only the two Toyota pickup trucks still have this feature illustrates how different it is from a traditional limited-slip differential.

Why have a limited-slip differential instead of Auto LSD?

If you want to experience a limited-slip differential in action today you’re best looking towards the likes of a Chevy Camaro, Dodge Challenger, Ford Mustang, or even a Toyota GT86.

This is because a limited-slip differential allows each of the rear wheels to continue turning at different speeds without being locked to each other completely, but it can also limit the amount of torque sent to the spinning wheel while at the same time maximizing the torque sent to the wheel that has the most traction.

A limited-slip differential is best employed in performance cars like those mentioned above to give more traction when negotiating bends at speed by sending more torque to the rear wheel that has the most grip while reducing the amount sent to the wheel that has the least.

Do you need Auto LSD?

I’m not convinced that there’s any real need for Auto LSD when your vehicle is already equipped with four-wheel drive, especially when you have both high and low-range available to you. It really isn’t much of a hassle to engage four-wheel-drive, so I’m not quite sure what the point of Auto LSD is these days, especially as today’s systems are so user-friendly with setting for sorts of surfaces that reduce the need for any real expertise.

To be honest, I’m not even sure how much AWD is required on a lot of the SUVs that have it. I had a Kia Sportage with AWD for two years and I think I only used the AWD setting three or four times, and if I’m honest, I didn’t really need it in those circumstances anyway.

It’s obviously a different matter if you are going off-road regularly and asking your vehicle to cope with some pretty challenging terrain. I think all-wheel-drive is most effective for performance cars or for SUVs in parts of the country where snow and ice can be a problem in winter, four-wheel-drive, and locking differentials are for proper off-roading, and a limited-slip differential is essential for rear-wheel-drive performance cars. As far as Auto LSD is concerned, I’m not sure I can really see the point of it, to be honest. 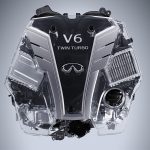 Is a Bigger Engine Better or Just a Waste of Money? 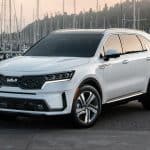