Ford is back in the compact game with its all-new Ford Maverick nameplate, this time as a unibody truck and not that atrocious compact SUV. It sits at the bottom of Ford’s pickup lineup, below the Ranger and F-150, but that doesn’t mean it is inferior. In this article, we look at the all-new Maverick and ask what is the Ford Maverick Area 51?

It turns out that area 51 is one of the paint codes assigned to the all-new Ford Maverick compact pickup truck. It appears to be a mix of grey and blue that’s quite attractive, but why has a paint code being given such an evocative, or should that be a provocative name? Other Maverick colors are Cyber Orange and Hot Pepper Red, but Area 51 was always going to be the one that gets the attention.

What is the new Ford Maverick?

With time, the pickup segment has become more diverse. Not only in the sense that there are more trucks than ever before from more manufacturers in every size, but also in their technical differences.

While conventional pickup trucks utilize old and tested body-on-frame construction, some newcomers in the segment come with unibody construction and front-wheel drive like regular passenger cars. Think of it as how crossover SUVs came into existence. This passenger car construction provides these trucks with better driving comfort than their conventional counterparts while offering more or less the same utility.

Unibody trucks are not a new concept. Back in 1961, Ford offered the F-100 and F-250 that were built on unibody frames, but they were unsuccessful. Fast forward to the mid-2000s, and they were reimagined by the market-successful Honda Ridgeline. It was a successful endeavor, and soon other manufacturers were in on the action.

But first, what does Area 51 mean?

I was spooked when I first read it and was expecting something different than what it turned out to be. It turns out that Ford Maverick Area 51 is the code name of the paint color that is available on the new Maverick. This is just Ford’s way of standing out from the competition, and I’ll admit, it’s a pretty clever way to do it. It catches your attention, but is that a good idea when your initial excitement then turns into a crashing disappointment?

The paint itself is a reasonably attractive mix of grey and blue. While colors like this can appear boring, wait until you actually see it because it’s definitely not that. The Ford Maverick Area 51 color is striking and suits the truck very well. Since colors are subjective, there are plenty of alternatives if this is not to your taste. But you should know that this color is offered free of any additional cost. So has that changed your mind?

What are the specifications?

Now to the main concern. The Maverick shares its underpinnings with the Ford Escape and the Ford Bronco Sport. This means it’s a front-wheel-drive truck with the option of four-wheel drive. The only front-wheel drive trucks currently are the Hyundai Santa Cruz and the larger Honda Ridgeline, since every other pickup truck on the planet is rear-wheel driven or exclusively all-wheel-drive.

Two powertrains are available: a standard hybrid and an optional non-hybrid with a turbocharged engine. A 2.5-liter, four-cylinder engine incorporating an Atkinson cycle running on gasoline is paired with an electric motor for the hybrid option. The hybrid produces a combined 191 hp and 155 lb.-ft. of torque with an e-CVT gearbox as the standard transmission. This powertrain is only able to power the front wheels.

A 2.0-liter EcoBoost turbocharged four-cylinder gasoline engine is available as an option. This engine produces 250 hp, a significant gain over the standard engine. The torque stands at 277 lb.-ft. and it is paired with an eight-speed automatic transmission to deliver this power to the wheels. Also, note that all-wheel drive is only available with this powertrain.

The Maverick is the smallest truck in Ford’s lineup, and so are its power numbers. When compared to the competition, the base engine is similar to the base engine of the Hyundai Santa Cruz in terms of power, but the Santa Cruz shines with its optional engine. It is also a turbocharged unit like the Maverick but has higher power output. The Santa Cruz also supports all-wheel drive with both engines.

The Maverick, by default, can tow up to 2,000 lbs. You can upgrade this to 4,000 lbs by selecting the Ecoboost engine, all-wheel drive, and 4K tow package option. The towing capacity is naturally lower than normal pickup trucks, but it is also on the lower side when compared to its direct rival, the Hyundai Santa Cruz. Additionally, the 1,500-pound payload capacity across the lineup is respectable.

What are the dimensions of the Ford Maverick?

The Maverick is a compact pickup truck, smaller than both the Ranger and the full-size F-150. It is only offered in a crew cab four-door configuration with only one bed size, i.e., 4.5 feet. This put its overall length at 199.7 inches. Its main rival, the Hyundai Santa Cruz, is similarly available in only a four-door configuration and with a 4.5-foot bed, but it is a tad shorter in length at 195.7 inches.

The small footprint of this truck gives it greater maneuverability than its bigger siblings, making it a great runabout vehicle. It can easily traverse tight spaces and back streets.

The interior is laid out simply and you will find everything where it should be. The headspace is roomy both for front and rear passengers. The seating position is upright and the legroom is just enough. Interior materials fall short of what would normally be considered acceptable quality. Also, the seats don’t offer much adjustability. But thankfully, there are plenty of storage cubbies cleverly laid around, including under the rear seats, the center console, and door pockets. The greenhouse offers great visibility thanks to its boxy proportions.

The Ford Maverick is pretty basic when it comes to technology. An 8-inch infotainment display is standard, offering Android Auto and Apple CarPlay connectivity and an onboard Wi-Fi hotspot. There is an underwhelming sound system, and that’s about it.

An optional Luxury package adds many features that should be standard. It upgrades the interior with adaptive cruise control, lane-keeping assist, and a wireless charging pad. An upgraded B & O Play stereo system is also optional. There is nothing more to it than that.

The Hyundai Santa Cruz easily beats the spartan Maverick when it comes to standard features.

How is it to drive?

The unibody underpinning is the highlight of the drive. The truck doesn’t compromise on ride quality, but the suspension is on the firmer side to cope with payloads. This will easily upset the truck over bumps, especially when not carrying much of a load.

The standard hybrid engine lacks punch, but because it is a hybrid, it gets the job done with decent fuel economy. Just don’t expect it to provide driving thrills, because it won’t. However, the optional turbocharged engine is a relatively gusty unit. It has the proper power to easily motivate the truck. Acceleration is brisk, and gear shifts are smooth and quick.

Handling is not that great, and steering is short on feedback. Steering inputs translate into a bit of body roll, and that reminds you the Ford Maverick is a pickup truck when all said and done.

The fuel economy seems like a strong point as the Ford Maverick beats its only rival, the Santa Cruz, by a decent margin. The standard hybrid is exceptionally good at saving gas.

The Ford Maverick is offered in three trim levels. These include the base XL, the midrange XLT, and the top-of-the-line Lariat.

The XL with a standard engine starts at $20,995 while upgrading to a turbocharged engine increases the MRSP to $21,430. Similarly, the standard engine XLT starts at $23,360, and the optional engine increases that to $23,795. The Maverick Hybrid Lariat costs $26,860, and with the optional engine, it costs $27,295. All-wheel drive is only available as an option with the turbocharged gasoline engine.

Since it is a compact truck, its pricing is also set lower than mid-size and full-size trucks from within Ford’s lineup. It also starts at a lower MRSP than the Hyundai Santa Cruz. Amazingly to me, demand for the maverick appears to be off-the-scale as it’s almost impossible to get your hands on one at the moment.

Who are the competitors?

Unibody trucks are just picking up the pace, so there are only a few in the current market. The direct rival of the Maverick is the Hyundai Santa Cruz. But you might consider the cheapest versions of the likes of the Honda Ridgeline as possible rivals. The Ford Maverick somewhat undercuts the Santa Cruz in pricing and cost-to-value, but the Hyundai leaves it way behind in terms of style.

Whom would it appeal to?

Folks looking for the utility of a pickup truck’s bed who cannot stand the large footprint and harsh ride of an actual pickup truck will find the new Maverick quite appealing. The driving characteristics and fuel economy are also strong selling points of this truck.

The interior will be a letdown if not adorned with optional packages. It is more of a get things done truck, as it doesn’t lack utility features. Then again, how many Ford vehicles have decent interiors anyway? You can pay an absolute fortune for a range-topping Mustang and it still comes with one of the cheapest-looking and feeling interiors around today.

When can you buy one?

The Ford Maverick has been a success, and its demand far exceeds the current supply. Combined with the recent supply-chain disruption and microchip shortage, Ford has closed customer orders until August 15. Further delays could happen, but we will have to wait and see.

I can’t see the appeal, personally. It’s almost like a pickup truck for people who don’t like pickup trucks. But you can’t argue with a manufacturer that produces a new vehicle where demand outstrips supply.

Is the BMW 330i Fast Enough for Most Buyers? 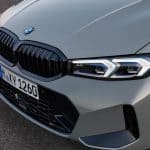