In a highly competitive industry defined by its rapid evolution, there is some amount of merit that goes along with longevity in the automobile marketplace. Creating a vehicle that is both timeless and functional is on the mind of every vehicle producer, but is truly a rare happening. Chevrolet is one of those brands that have remained relevant for over ten decades, creating numerous timeless vehicle models, including the Suburban. This highly popular model is an iconic SUV with years of heritage and refinement. It is a very capable three-row family hauler that’s reliable, functional, and forward-thinking. In this article, we share expert tips on what to look for when buying a used Chevrolet Suburban.

The Chevy Suburban first rolled off American assembly lines in 1935. Since then, it has undergone its fair share of alterations, improvements as well as body modifications, but the name has remained the same. This model has experienced twelve generations, eventually evolving into a colossal, luxurious, powerful, and capable SUV equipped with all sorts of technology and safety features.

Thanks to its excellent towing power, longevity, spacious cargo area, and powerful engine options, this popular full-size SUV has arguably been the best seven-seater family hauler for years!

As indicated above, the initial Suburban version was launched in 1935 and it featured a body majorly made of wood. This earliest model could accommodate eight passengers, and it was intended to go head-to-head with the likes of Studebaker and DeSoto. A year later, Chevy decided to do away with the wooden frame, replacing it with metal. This improved version was now referred to as Carry All-suburban and was more powerful, and could majestically accommodate your whole family!

It was powered by a 6.0L engine that transmitted 60HP. The vehicle underwent numerous changes during this period, getting a unique appearance thanks to its relatively streamlined body. Its engine increased to 79HP.

This period oversaw the introduction of a new four-door Suburban model, which would quickly become popular with the armed forces, thanks to its rare ability to transport both cargo and passengers. Two more variants emerged, with one featuring tailgates whereas the other one having rear panel doors. Lastly, the engine was upgraded up to a 228 cubic-inch V6.

The 3rd generation suburban looked much more like a station wagon. Predominantly used as a military vehicle during the second world war, this car became a favorite for most drivers at the time. It featured either a 228-cu-in 3.7 L 6-cylinder or 216-cu-in 3.5 L 6-cylinder engine, making it one of the most powerful SUVs at the time!

During this particular time, the brand made major improvements in both the physical appearance and mechanics of the Suburban. The car now had a somewhat flatter hood, trapezoid grille, and renovated front fenders. Under its hood, there was either the 265-cu-in 4.3 L 145 HP V8 engine or the 283-cu-in 4.6 L 155 HP V8 engine.

The design and body of the 6th generation Suburban imitated the brand’s other vehicles, featuring fairly large oval ports located just above the grille. There were, of course, numerous newer features, including the wrap around the windshield as well as an independent front suspension. The model had a range of engine options, such as 327-cu-in 5.0 L V8, 250-cu-in 5.0 L V6, and 283-cu-in 4.6 L V8, among others.

Several important improvements took place during the Suburban’s 7th generation, with owners having numerous diesel engine options just like in the previous generation. You could either choose between a 379-cu-in 6.2 L V8 engine and its 350-cu-in 5.7 L V8 counterpart.

Transmissions were offered in either a 3-speed manual, 3-speed automatic, 4-speed manual, or 4-speed automatic. Other notable improvements included the inclusion of an AC in both rear and front, a heater, a new Eaton Automatic lock differential for the rear differential as well as the removal of all asbestos from the vehicle’s rear braking systems.

This period witnessed the removal of the manual transmission options and the wheels were also increased to 131.5-inches. Also, the leaf springs and live axle were added, along with other fantastic aesthetic changes tailored toward making the car safer and more comfortable. And while there were numerous engine options, the 4-speed automatic transmission remained very popular.

The 9th generation Suburban saw the wheelbase getting reduced slightly to 130-inches. Again, there were many engine offerings with three distinct transmission choices. Also, the pushbutton four-wheel drive with low range transfer emerged during this period, with the option of a tow hitch trailer cabling plug. The model also became more modern, boasting a number of performance-based features such as heated rearview mirrors, power windows, and front seats, among others.

The 10th generation was a modernized version of the Suburban, featuring top-of-the-line features intended to take its performance to a whole new level. The vehicle had a five-door SUV-body design for improved passenger convenience. The overall design of this model was less conventional and more modern in shaping, thanks to the use of aerodynamics.

It was equipped with a couple of the latest conveniences, including GPS, two-tone interiors, navigation systems, DVD players as well as improved touch screens and radio! The available engine options included a 325-cu-in 5.3 L V8, 364-cu-in 6.0 L V8, and a 6.2 L 376-cu-in V8.

The 11th generation welcomed the state-of-the-art XXK2 architecture, which means it continued to be a body-on chassis frame car in true truck tradition. It was now fitted with more efficient TEC3 ECO Direct-Injected 6.2 L V8, or 5.3 L V8 engines. With the combined benefits of the enhanced aerodynamic body and more efficient engine, the 2WD model was capable of fuel economy of around 16mpg in the city and 23mpg for highway driving.

On the other hand, its 4WD cousin was able to give 15mpg around town and 22mpg for highway driving. The ten-speed Hydra Matic automatic transmission remains standard. The car’s overall aesthetics are largely in line with SUV lovers’ expectations regarding both sleekness and modernity!

Which Chevrolet Suburban Model Years are the best?

There is no doubt that the Suburban is among the most trusted brands in the SUV arena. This legendary full-size SUV is the longest-used automobile model in history. And this means that navigating the last decades of the Suburban line can be an intimidating task. So let us walk you through the best and worst Suburban models years.

To maximize your chances of finding an excellent Suburban, we recommend going for the following model years:

The above model years of the vehicle will give you a great sense of comfort, security, and peace of mind. There isn’t much to say about the Suburban models from 1985 to 1998, as they have very few concerns. And most of those issues are natural and any car would run into them even with regular maintenance.

2000, 2006, 2010, and 2017 Suburbans all experienced a few issues as well, but there are some problems to be addressed with each. In this regard, the 2000 and 2006 models had reports of power steering pump failure issues. The 2010 model experienced power loss issues. However, it’s worth noting that these problems were only reported once, so their probability of reoccurring is almost non-existent!

2018, 2019, and 2020 models are very clean, with zero complaints reported. Lastly, 2011, 2012, and 2013 Suburbans experienced some engine problems in their history, ranging from low oil pressure to stalling engines. In general, you are highly likely to have a high-quality car at your disposal if you purchase any of these Chevy Suburban models.

Which Chevy Suburban Model years should you avoid?

Even though most Suburban year models will serve you pretty well and make you feel confident and confident at the wheel, there have been a few problematic years in the vehicle’s line. Two of the most problematic years for the Suburban were 2007 and 2009. Both years faced several different issues, including excessive oil consumption, engine transmission failure, engine oil usage despite no external leaks, high repair costs, and perhaps collapsed valve lifters.

Are Suburbans that reliable?

The Suburban is a robust, reliable full-size SUV that can lock up to 250,000 miles with conservative driving and proper routine maintenance. Based on the annual mileage of 15,000 miles, the Chevy Suburban can last approximately 13.5 years before needing expensive repairs!

What is the cost of a used Chevrolet Suburban?

Prices for a used Chevrolet Suburban currently range between $1,973 and $92,999. The exact cost of your Suburban will depend on its age, mileage, model as well as its current condition.

Fuel economy is one of Chevrolet Suburban’s major weakest points! However, it’s worth noting that there are model years and trim levels that guarantee better fuel economy. If getting a fuel-efficient SUV is a priority for you, then you should go for recent model years, including the 2017 and 2018 Suburbans that offer 18mpg and 19mpg of fuel economy respectively.

In general, these Chevy model boasts a five-year depreciation rate of 40% and a five-year resale value of approximately $38,000 for a car in good condition averaging about 12,000 miles annually. So, while it’s apparent that it does hold some of its value in the long run, it mainly depends on which model year you purchase as well as how well you maintain it.

Is it expensive to maintain a Chevy Suburban?

Chevy Suburban tends to have maintenance costs that are higher than your average full-size SUV in the long run. Whereas those SUVs have an average maintenance cost of less than $700, Suburban’s average can easily hit above $944!

Suburban owners end up bringing their vehicles to the shop more frequently annually than owners of other cars. The probability that a repair will be major is nearly 15%, which is average for a full-size SUV.

Should you consider buying a used Chevrolet Suburban?

Arguably the biggest SUV on the market, the Sub is a durable and relatively reliable vehicle that boasts a generous amount of cargo space, a luxurious exterior, and a powerful engine. But this doesn’t necessarily imply that every used Suburban out there is good for you! 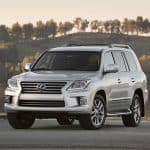 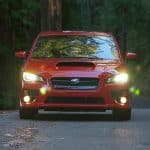 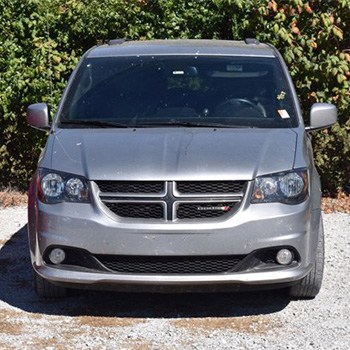 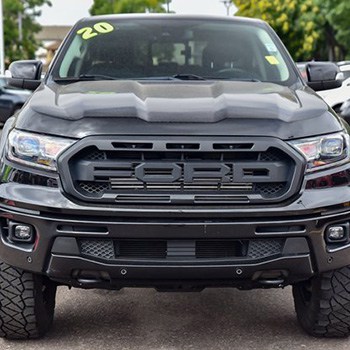 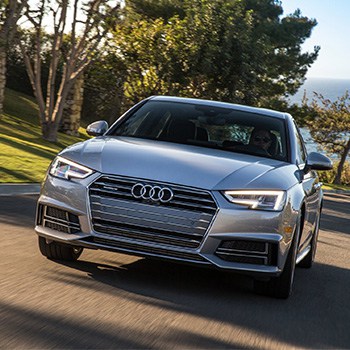