What to Look for When Buying a Used Chevrolet Traverse

The Chevrolet Traverse is a full-size crossover SUV that can seat up to eight people that went into production in 2008 as a 2009 model year replacement for the Trailblazer SUV and the Uplander minivan. If you’re interested in one of these large, stylish and family-friendly crossovers but you don’t want to pay new prices, here’s a guide to what to look for when buying a Chevy Traverse used.

History of the Chevy Traverse

The first Traverse models were built at GM’s Spring Hill facility through 2009, but production was moved to the Delta Township facility in Michigan a year later in 2010. The Traverse was introduced as a two-in-one replacement for the Chevy Trailblazer SUV and the Uplander minivan, so the idea was to keep the practicality and versatility of a minivan but to present it in the more stylish, capable and desirable SUV format.

It was a smart and timely move in 2008 by Chevy to ditch the Uplander and concentrate its efforts on SUVs, and the company has continued to introduce new SUVs into its range since the launch of the Traverse. Today, the Traverse sits in the Chevy SUV family above the sporty midsize Blazer but below the Tahoe and Suburban.

Chevy first used the Traverse name as early as 2003, but back then it was a concept shown at that year’s North American International Auto Show in Detroit that was abandoned in favor of the Equinox that arrived for the 2005 model year.

Although the Traverse shared a platform and some components with other GM SUVs, the sheet metal of the Chevy was quite distinct from those other GM models.

The first-gen Traverse was made available in four different trim levels, which were the entry-level LS, the LT w/1LT, the LT w/2LT, and the range-topping LTZ. All four trim levels were standard front-wheel-drive, but all-wheel-drive was available for all four versions of the Chevy. The same engine powered all models, which was a 3.6-liter V-6 that was mated to a standard six-speed automatic transmission.

If you are looking for a Traverse LS you’ll find they only come in six different exterior colors, but higher trim levels give you more exterior paint options with ten to choose from. The exterior styling of the Traverse was said to be inspired by the Chevy Malibu of the time, and these early Traverse models still look good today.

In 2013 the Traverse benefitted from something of a mid-life facelift, which introduced a new grille design, a new front fascia, a redesigned liftgate and some new taillights that quite obviously took their styling from the Camaro.

You’ll need to look to the 2013 model or newer if you want a relatively modern infotainment system in your used Traverse, and that’s because the 2013 facelift models were the first to get Chevy’s MyLink touchscreen multimedia system as part of the standard equipment. However, just a year later, Chevy further updated the audio part of the infotainment system, but you won’t find a Wi-Fi hotspot in a Traverse until you get to the 2016 model onwards.

You’ll find additional safety features in some 2014 models because that was the year when forward collision alert and lane departure warning were made available for the Traverse, and a year later in 2015 a couple of new exterior colors and a new interior color option were added.

Don’t look for an LTZ trim level if you want a top-of-the-range 2017 Chevy Traverse because that year the LTZ was renamed Premier for this last year of the first-generation production, although the Premier specifications are almost identical to those of a 2016 Traverse LTZ.

MY ADVICE –: If you are thinking of buying a first-generation Chevy Traverse I’d recommend you stick to the 2013 model year or newer. Don’t underestimate how much we take modern infotainment for granted these days, and even if you’re not too bothered about being connected when you’re driving, the next person who owns it after you may do and it can affect resale prices.

If you want to get a used Chevy Traverse for the lowest possible price, government and police auctions are the way to go. You need to know what you’re looking for to buy at auction, but this guide is a great place to find used vehicles at incredible prices.

To help you decide which trim level is right for you, here are the first-generation Chevrolet Traverse brochures for you to download.

Anyone who was expecting or hoping for a radical redesign of the Traverse with the arrival of the all-new second-generation would probably have been disappointed as it didn’t look hugely different from its predecessor. What did look very different though was the specification as the range jumped from four trim levels to eight, although some of them are the same trim levels just with different upholstery.

Realistically, the early years of the second-generation Traverse featured L, LS, LT, Premier and High Country trim levels. Base L models were front-drive only and they are only available in either black or white, while the range-topping High Country is standard all-wheel-drive. All other trims are standard FWD with AWD available.

The second-gen Traverse also upped its game by sending its power to the wheels through a much more contemporary nine-speed automatic transmission.

The standard engine remains a 3.6-liter V-6, but now it’s been tuned to put out 310 horsepower and 266 lb.-ft. of torque, but an alternative has been introduced in the shape of a 2.0-liter turbo-four that develops 255 horsepower and offers slightly better fuel economy for 2019 models onwards when the RS trim level was introduced.

To help you decide which trim level is right for you, here are the second-generation Chevrolet Traverse brochures for you to download.

How much should you pay for a used Traverse?

Early first-generation Chevy Traverse models in decent condition start from as little as $3,000 on the used market, but you can pay as much as $54,000 for a high-spec, late model.

Here’s a table to give an idea of the kind of prices you should expect to pay for the various model years.

What makes the Traverse special?

As full-size crossovers go, there’s nothing particularly special or remarkable about the Chevrolet Traverse. However, the Chevy is pretty good at what it’s designed to do, which is to carry up to eight people and their stuff in comfort in a variety of different circumstances and offer decent value for money.

A high-spec new Traverse can be pretty expensive for a non-luxury model, but the only thing that’s really non-luxury about a brand new Traverse High Country is the Chevy badging on the front and back.

The big selling point of the Traverse is the amount of room there is for people and cargo inside the cabin. There won’t be too many occasions when a Traverse is called upon to ferry a full complement of people and cargo around, so if there are only four of you in a vehicle with room for eight you’re not going to be short of space.

If you want to tow more than 2,000 pounds with a Traverse you’ll have to go for a second-generation model. Until the arrival of the new model in 2018 the maximum towing capacity was a meager 2,000 pounds, but when properly specified the second-generation Traverse is capable of towing up to a maximum of 5,000 pounds. That difference could be make or break for some buyers, so it’s definitely worth knowing.

All things considered, the Traverse isn’t a vehicle that’s going to get your heart racing and your blood pumping at the thought of driving it, but it is an incredibly spacious and capable people-hauler that’s great value for money and perfect for day-to-day duties as well as wilderness adventures for weekends or holidays.

Potential issues to watch out for

Unfortunately, the Traverse isn’t without its problems, so here are some things to look out for with the various model years.

2013 – Engine – fewer problems than previous models, but still issues with being difficult to turn, loss of traction, steering wheel locking, and loss of engine power

2015 – Engine, electrical, brakes, and steering – engine problems fewer than in previous years, but still problems with the engine light coming on, traction control failure, alerts all coming on at once, sporadic issues with accelerating even while pressing the gas pedal

2017 – Seat belts, airbags, electrical and steering – front belts not locking or not unlocking, airbag light on or a failure to deploy, wiper and backup camera problems, loud noises and leaks from the power steering.

You don’t have as many options in the full-size crossover segment as you’d have if you were interested in smaller crossovers and SUVs, but there is still some stiff competition for the Traverse out there.

Should you buy a used Chevrolet Traverse?

If you spend too much time looking at the list of Traverse problems above you might be tempted to run a mile from one, but you shouldn’t overlook the Chevy by any means. There aren’t too many large SUVs that can carry eight people, and most of them that can are old-school ladder-frame SUVs that drive more like trucks than cars.

The Traverse is spacious, stylish and very capable in all sorts of conditions if you get one with all-wheel-drive. When buying used, just check the one you’re looking at has a full service history and that should mean any major problems will have been sorted long before you take ownership.

A vehicle doesn’t get to be the biggest-selling model in its class by accident, and the Traverse is the best-selling large SUV out there right now. If you find a good late model first-generation example with a full history and below-average miles, you’ll be getting an awful lot of vehicle for a very reasonable amount of money. 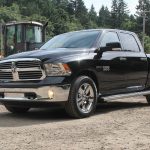 What to Look Out for When Buying a Used Ram 1500

What to Look for When Buying a Used BMW X1 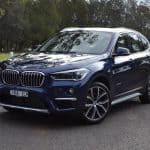 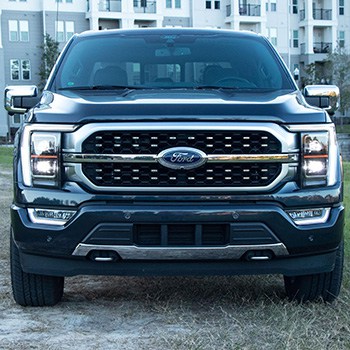