What to Look for When Buying a Used Nissan GT-R

The Nissan GT-R is an almost legendary Japanese sports car or grand tourer, depending on your point of view. Either way, it’s an absolutely sensational sports car with aggressive styling and breathtaking performance to match its looks. However, it’s also seriously expensive so a lot of people who can’t afford a new one might be interested in a used one instead. If you are interested in a used GT-R, here’s a little insight into what you should look out for when buying a used Nissan GT-R.

There are actually two different cars that can both lay claim to the Nissan GT-R name and they’re not entirely different. The current car is the one I’m going to concentrate on here, but there is an earlier and much more affordable sporty Nissan that goes correctly by the name of the Nissan Skyline GT-R.

Four generations of the Skyline GT-R were produced between 1969 and 2002, so there are plenty of these out there for you to pick up on the cheap. It’s easy to see the family resemblance between the last Skyline GT-R and the first Nissan GT-R, but don’t expect to pick up a current GT-R for a bargain price anytime soon.

The GT-R that’s been in production since 2007 is a two-door, 2+2 sports car powered by a 3.8-liter twin-turbo V-6 engine. That may not sound like anything to write home about when compared to some of today’s most powerful V-8 muscle cars, but the technology involved in delivering the Nissan’s performance is on an entirely different level to something like a Dodge Challenger Hellcat.

The least powerful version of the GT-R has an engine producing a still-impressive 479 horsepower, but the most outrageous, fire-breathing, and expensive versions put out a staggering 710 horsepower.

And if you think that the Nissan’s 710 horsepower is only 3 horses more than a Hellcat, I suggest you do your best to test-drive the two cars back to back and then come and tell me the Nissan only feels 3 horsepower faster than the Dodge bruiser!

While the Skyline name was repurposed for the company’s luxury sports vehicles, the GT-R has been the performance flagship since 2007. Over the years there have been numerous limited edition and one-off versions of the GT-R, such as the SpecV, Egoist/VVIP, Black Edition, Track Edition, Gentleman Edition, Midnight Opal Special Edition, GT-R NISMO, and more.

I could go on to write thousands of words about the track records, achievements, and specifications of various versions of the Nissan GT-R, but there are plenty of fan sites that tell you all that stuff. The point of this article is to tell you what to look for with a used Nissan GT-R in the normal market if you’re an ordinary car buyer who fancies a serious Japanese sports car for a bit of a bargain price, but for me, the price is where the real problems start.

How much does a used Nissan GT-R cost?

There are plenty of used Japanese and European sports cars that look great, go fast, drive well, and can be had for very attractive prices, but the Nissan GT-R isn’t one of them.

That $50,000 GT-R is the cheapest one out there at the moment, and the reason I chose the S8 as the comparison is it’s also a ridiculously fast all-wheel-drive car that costs almost exactly the same new as the GT-R. A 2007 S8 for $8,000 is quite a bargain, but there are much better ways of spending $50k on a car than a 2009 Nissan GT-R in my opinion.

Now I don’t think the Nissan GT-R is an unattractive car by any means, but it’s certainly not as gorgeous as a Ferrari, Lamborghini, or an Aston Martin that you might be able to pick up for similar money. The Nissan is still pretty distinctive and muscular in the sports car world, but I think the same can be said for a 2002 Skyline GT-R.

It’s certainly sleeker, sportier, and less bulbous than the 370Z or even a Porsche 911, but does it look like a car that costs anywhere between $113,000 and more than $210,000 brand new? I’m not so sure, to be honest. Then again, if you like it and what to buy one then my opinion is irrelevant.

Between the first and latest versions of the GT-R the performance figure fluctuates between those two extremes, but what you need to know is that any Nissan GT-R you buy used is going to be very, very fast unless there’s something wrong with it.

One reason why you might want to consider paying $50k+ for a used GT-R is you’ll struggle to find a more reliable car out there that offers this kind of performance. Although reliability will differ depending on how the car has been driven and maintained, the basics of the Nissan are seriously strong.

Cars that have been raced have had harder lives and will inevitably have more issues, but a low-mileage example that’s only been driven on the road can be as reliable and as good a daily driver as an Altima or a Maxima.

Rogue bearing – One of the more common faults reported by owners is something known as ‘bell-housing rattle’, which Nissan still hasn’t managed to completely solve. This issue is caused by a bearing at the end of the flywheel shaft moving inside its casing.

All GT-Rs suffer this rattle to some extent, but with some, it will be louder than others and vibration can also become a problem if the bearing is allowed to become badly worn. This problem usually surfaces early on in the GT-R’s life so it will usually be fixed under warranty. Outside of the warranty period, it will probably cost about a thousand dollars to get fixed.

Transmission and clutch – Some early GR-R models have gearboxes that can have problems with their control solenoids, which can eventually lead to worn or broken components. This doesn’t sound like a big deal but these components can be worryingly expensive to repair because the entire transmission has to be removed and stripped down to get to the heart of the problem.

Nissan can funny about supplying any gearbox parts, apart from the sump gasket that costs about $35 or a new gearbox that will set you back $15,000 or more!! It’s therefore well worth checking very carefully on a test drive that gear changes are clean, quick, and smooth. Otherwise, standard clutches are extremely reliable and very rarely wear out.

Of course, brakes and tires will always be an expensive problem with a car boasting this kind of performance, but this is a wear and tear issue and has nothing to do with reliability. However, this brings me to a big issue with buying an aging supercar, which is the cost of running it and maintaining it.

This is the part where I’d usually tell you that buying a used version of a vehicle that costs a fortune to buy brand new is a bad idea unless you have very deep pockets, but in this case, you need deep pockets to buy a used Nissan GT-R anyway. The Audi S8 I mentioned earlier is a good example to use again.

An Audi S8 costs well over $110,000 brand new but you can pick a decent used one up from as little as $10,000, and there’s a good reason for this. You see; an Audi S8, a Mercedes S-Class or a BMW M5 is an expensive car to buy that costs an awful lot to run and maintain, and that’s why their price plummets so quickly once they enter the used market.

To sell expensive cars like these in the used market they have to appeal to a different buyer working on a different budget, and that’s why the prices drop so far so quickly. Unfortunately, a used supercar still costs supercar money to run and maintain, and that’s where those who buy these used “bargains” can run into trouble.

The good news about the Nissan GT-R is that it’s a Nissan. Apart from some very specialized components such as the performance transmission mentioned above that rarely fails anyway, Nissan parts are fairly cheap and labor costs are relatively low.

You can take a GT-R to your local Nissan dealer’s service department without worry, but try taking a used Ferrari to a non-specialist or non-franchise shop to get fixed and see how that works out for you.

Should you buy a used Nissan GTR?

Even though a used Nissan GT-R is an incredibly fantastic performance car you can drive to work every day without a worry and race it competitively on the track at weekends, I have to say I wouldn’t recommend one as a used buy.

There’s nothing at all wrong with the car and I’m sure there are plenty of you out there who would love to own one, but for me, there are simply too many better ways of spending that sort of money on a car than a used GT-R. Remember, that $50k used one was the cheapest one I could find on Autotrader today.

Despite the fact it will still be a great performance machine, don’t forget that when you’re inside you’ll be sitting in a vehicle that’s more than a decade old and will have done more than 91,000 miles. The interior will look and feel old, and is that something you’d be happy to live with when paying $50k or more for your car?

For me, you’d be better off spending the money on something newer or even brand new that doesn’t quite match up to the performance of the GT-R. And if you really have to have the adrenalin rush of that 2.9-second 0 to 60mph time and a top speed of around 200 mph, save yourself a fortune by learning to ride a motorcycle and buy yourself a Kawasaki ZH2 instead.

How fast is the Nissan GT-R?

Is the Nissan GT-R reliable?

When it comes to cars with this kind of blistering performance, the Nissan GT-R could easily claim to be the most reliable one out there.

If you want the best bang for your buck Nissan GT-R then a 2010-2014 model is probably the best to go for, especially a 2012 or older as there were considerable upgrades made that year that are certainly worth the extra you’ll pay over earlier models.

Is the GT-R faster than Italian supercars like Lamborghini and Ferrari?

You’ll find the differences in performance are pretty negligible between the GT-R and more exotic Italian rivals, although the Italians will usually have a slight edge in most cases.

Does the Nissan GT-R make a good daily driver?

Yes, the Nissan GT-R can make a perfectly good daily driver as long as you can afford the brakes, tires, and other consumables. Unlike some highly-strung exotic rivals offering similar performance, the Nissan GT-R is still very much a Nissan and cars don’t get a whole lot more durable or reliable than Nissans. 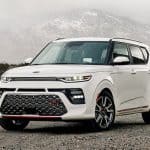 What to Look Out for When Buying a Used Kia Soul

Should You Buy a Used Chevrolet Blazer? 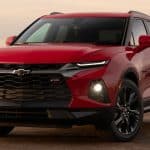