What to Look for When Buying a Used Nissan Pathfinder

Because there have been four generations of the Pathfinder between 1985 and 2021 with a fifth-generation imminent, there are plenty of them to be had for attractive prices in the used market. Here’s what you need to know and look out for when buying a used Nissan Pathfinder.

How long has the Nissan Pathfinder been in production?

The Nissan Pathfinder is an SUV that was launched in 1985 and has been in continuous production ever since with a fifth-generation arriving in late 2021. Outside the US it was marketed for some considerable time as the Nissan Terrano, and although Nissan has been building vehicles at the Smyrna Assembly Plant in Tennessee since 1983 the Pathfinder has only been assembled there from as recently as 2005.

How popular is the Nissan Pathfinder?

The Nissan Pathfinder is a long way from being one of America’s best-selling SUVs and new sales declined a little in recent years as the fourth-generation has started to look and feel a little dated. In 2020 Nissan sold 48,579 Pathfinders in the US, which compares to 65,691 in 2019 and high-point for sales of 88,632 in 2013.

How many Nissan Pathfinder generations are there?

Does the Nissan Pathfinder hold its value?

The value of a Nissan Pathfinder will depreciate by just over 50% over the first four years. This means that a brand new 2020 base model costing $31,980 after three years and 36,000 miles would probably have a value of just below $20k in decent condition. Just a year and another 12,000 miles after that the same Pathfinder would then only be worth just over $15k. The rate of depreciation decreases considerably after the first four years.

Is the Nissan Pathfinder reliable?

What problems does the Nissan Pathfinder have?

There isn’t a particular issue or failing that plagues the Nissan Pathfinder, and that’s part of the problem. Over the years buyers have reported problems with the SUV’s engine, body, hardware, and in-car electronics.

One issue you should look out for when considering buying a used Nissan Pathfinder is coolant leaking into the Nissan’s transmission. This issue occurs in models between the 2005 and 2010 model years and it generally starts to materialize from anywhere around 90k to 102k miles.

In 2010 there was a recall issued to fix this problem but it often failed to cover any of the repair costs, and the average price of getting this sorted is a hefty $3,900.

2006 models can suffer from worn timing chains and 2013 models can have problems with the transmission failing to engage, but any used Pathfinder you go to look at needs a thorough check and test-drive before you commit to buy. If you’re looking to buy a 2016 or earlier model year Pathfinder it might be wise to pay for a professional inspection if anything about it concerns you.

Which Nissan Pathfinder model years should you avoid?

The Nissan Pathfinder models year to avoid will probably depend on what you want your SUV for. If you’re looking for a hard-working, rugged off-roader then something from 2012 or earlier is probably the way to go. This is because the Pathfinder was built on a truck-based, ladder-frame platform right up until 2013 which is when it then morphed into a unibody crossover to give buyers a more car-like driving experience.

Any model older than the 2005 model year should also probably be given a miss as those first and second-generation models are now incredibly dated and old-fashioned in every way.

By modern standards, the fuel economy ratings of the Nissan Pathfinder today are pretty par for the course, but that hasn’t always been the case. If you wanted a three-row crossover with a V-6 engine back in 2013 the Nissan Pathfinder was the most fuel-efficient option around with 20 mpg in the city and 26 mpg on the highway in front-drive form.

Fourth-generation models don’t have such fuel-saving features as hybrid powertrains but they’re still a long way from being gas guzzlers. These relatively big vehicles are rated at 20 mpg in the city, 27 mpg on the highway and 22 mpg combined with all-wheel-drive, while front-drive models do even better with 20/27/23 mpg respectively.

How many seats in a Nissan Pathfinder?

First and second-generation Nissan Pathfinder models were five-seat SUVs, but when the third-generation came around in 2005 the Nissan gained a third-row for the first time in its history and from then onwards it’s offered buyers a seating capacity of up to seven.

Is the Nissan Rogue AWD?

Is the Nissan Pathfinder safe?

The Nissan Pathfinder has always been an impressively safe vehicle, especially from the third-generation’s launch in 2005. The Pathfinder has always come equipped with a good amount of the safety tech that was available at the time of building, although you may want to look towards higher trim levels for some of the most advanced safety features of the time.

For example, every 2020 Nissan Pathfinder comes standard with automatic emergency braking but if you want the likes of blind-spot monitors, adaptive cruise control and rear cross-traffic alerts you’ll have to look at an SV or higher for those to come standard.

Is the Nissan Pathfinder fast?

The Nissan Pathfinder has never been a fast vehicle but it’s never been designed to be particularly quick. Comfort is usually the main priority for the Pathfinder so speed and handling have always taken something of a back seat, although the fourth-generation models are claimed to be able to reach a top speed of 140 mph and get from 0 to 60 mph in as little as 7.0 seconds.

Is the Nissan Pathfinder comfortable?

Third and fourth-generation Nissan Pathfinder models are renowned for being both comfortable and spacious inside. The front seats are extremely comfortable for a wide variety of shapes and sizes, and the second-row is easily accessible and offers an impressive 40 inches of legroom for up to three people. As you might expect with a midsize crossover, the third-row seats are only really suitable for small children as there are just 30 inches of legroom back there and a relatively high load floor means knees might be close to chins.

Later versions of the Nissan Pathfinder are available in four different trim levels and the highest of those trims is the Pathfinder Platinum. The range starts with the S and then goes to the SV and SL before things are topped-off in some style with that range-topping Platinum variant.

How much should you pay for a used Nissan Pathfinder?

You can find pretty usable third-generation Nissan Pathfinders for between $2,000 and $3,000, but I’d start at the 2008 model year which you should expect to pay at least $6,000 for. Here’s a list of model years from 2008 onwards with average minimum and maximum prices according to thecarconnection.com website.

How much can the Nissan Pathfinder tow?

Is a used Nissan Pathfinder worth the money?

The Nissan Pathfinder certainly isn’t perfect and it is starting to look a little long in the tooth compared to some of the more modern crossovers coming onto the market from 2021. If you can live with its slightly dated style, however, a used Nissan Pathfinder is a really solid used buy.

It’s hard to think of any three-row crossover model that delivers more SUV for the money than a second-hand Pathfinder. You should be able to pick up a good 2013 Pathfinder SV AWD model that’s done around 70,000 miles for around $13,000 or less. That sounds like pretty good value for money to me for a seven-seat SUV with all-wheel-drive that’s as comfortable, spacious and capable as the Nissan Pathfinder.

Is Metallic Paint too Expensive? 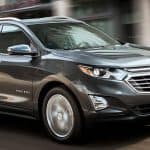