What to Look for When Buying a Used Nissan Rogue Sport

It’s probably a matter of conjecture whether a car is good just because it sells in massive numbers, especially when the vehicle in question is introduced to a new market after selling ludicrously well elsewhere around the world. In this case, I’m talking about the Nissan Rogue Sport, which despite sharing most of its name with the Nissan Rogue, is actually a completely different SUV to its larger sibling.

If you’re not familiar with the Rogue Sport you could be missing out as this is the North American version of what’s called the Nissan Qashqai everywhere else in the world. And most markets outside North America, the Qashqai is Nissan’s best-selling model by some considerable way. If you’re in the market for a compact crossover SUV the rest of the world is crazy about, here’s what to look for when buying a used Nissan Rogue Sport.

What is the Nissan Rogue Sport?

The Nissan Rogue Sport is a compact crossover SUV that’s been in production since 2006, although it’s only been marketed in North America since as recently as 2017. It’s not sold in Nissan’s native Japan, but in every other market around the world where it’s sold the Rogue Sport is actually called the Qashqai.

Although the Rogue Sport is built on the same platform as the larger Nissan Rogue it really should be looked at as a model in its own right because it’s not just a smaller, cheaper version of the Rogue.

I can tell you from personal experience that in the UK especially, you can’t be on the road for more than 30 seconds without coming across a Nissan Qashqai. It really is that popular, and if it wasn’t for the official SMMT sale statistics, I’d swear there were twice as many of them around as there are Ford Fiestas and Ford Focuses.

How many generations of Nissan Rogue Sport are there?

The 2017 Rogue Sport was launched in three different trim levels which were the S, SV and the range-topping SL. It was launched with a 2.0-liter four-cylinder engine mated to a continuously variable transmission (CVT) that featured in all three trim levels.

Why is the Rogue Sport so popular?

In general, the Rogue Sport is extremely popular in its Qashqai guise around the world first and foremost for its unquestionable affordability. Unfortunately, it’s not as affordable as a new car in the US because it’s a model that’s built elsewhere and imported into North America. In Europe, when there isn’t a pandemic going on to ruin the new car business, Nissan sells around a quarter of a million units of the Qashqai each year.

However, I’ve done a lot of searching for sales figures for the Rogue Sport in the US and it doesn’t figure in any top 20 lists of compact or subcompact crossovers. We have to conclude that sales of the Rogue Sport are therefore pretty insignificant, but that can be good news for keen-eyed used car buyers.

How well does the Nissan Rogue Sport hold its value?

The Rogue Sport loses a sizeable 21% of its initial value in the first year from new, but that rate of depreciation slows in years two and three with a three-year-old Rogue Sport being worth around 66% of its original price. A base model Rogue Sport S that costs from $23,960 brand new will be worth something like $16,131 after three years and 36,000 miles.

Depreciation after the first year follows a fairly even curve so there’s no particular age of Rogue Sport that represents better value and protects you from any particularly bad year for loss of value. If I were to give any advice at this point it would be don’t buy a brand new Rogue Sport, but anything from 12 months old and older will be a decent saving on new.

Is the Nissan Rogue Sport reliable?

Because it sells in such small numbers in the US there isn’t a great deal of data relating to its reliability. It, therefore, makes sense to look at the Qashqai from 2017 onwards around the world and the general consensus is that the reliability is above average and probably rates about a 6.9 mark out of ten.

The beauty of a car like the Rogue Sport is any parts it needs are plentiful and readily available as a lot are shared with the larger Nissan Rogue which is one of America’s favorite SUVs.

Does the Nissan Rogue Sport have transmission problems?

Because the Rogue Sport uses a CVT there are very few problems, although if you do suffer problems with a CVT they can be pretty expensive. Take a look at my article about CVTs here to learn more.

Does the Nissan Rogue have engine problems?

The engine under the hood of every single Nissan Rogue sport to date is a 2.0-liter four-cylinder that produces 141 horsepower and 147 lb.-ft. of torque and develops very few faults. It’s a tried and tested engine that Nissan has used extensively in other models and the only problems you’re likely to experience will be due to natural wear and tear.

Which Rogue Sport model years should you avoid?

In general, I’d suggest you avoid the first model year of any generation of a vehicle as that’s the period where it first gets into the hands of the general public and the gremlins come to light and get fixed as the year goes by. Because the Rogue Sport had already been in production effectively for four years when it came to America there isn’t a model year that stands out as one to avoid.

Is the Nissan Rogue Sport AWD?

The Rogue Sport comes standard in front-wheel-drive form but every version can be upgraded to include AWD at extra cost. All-wheel-drive versions of the Rogue Sport are not hardcore off-roaders by any stretch of the imagination, but the AWD system does add an extra degree of capability on wet, icy or snow-covered roads if you live somewhere that gets bad weather in the winter.

When the 2017 Rogue Sport arrived it was rated by the EPA for fuel efficiency at 25 mpg in the city, 32 mpg on the highway, and 28 mpg combined in standard front-drive form, while all-wheel-drive versions were rated at 24/30/27 mpg respectively. The Rogue Sport hasn’t changed much since then and neither have the fuel economy ratings.

How many seats are there in a Nissan Rogue Sport?

There are 5 seats in the Nissan Rogue Sport with a generous 42.8 inches of legroom in the front seats but a somewhat tight 33.4 inches for those in the rear seats.

How safe is the Nissan Rogue Sport?

The NHTSA and IIHS haven’t given the Nissan Rogue Sport ratings for overall safety so far, but some of the individual results so far haven’t been the best. Then again, it’s hard to form a coherent opinion with the lack of comprehensive ratings but the Rogue Sport does come jam-packed with an impressive list of safety features that can help prevent you from having an accident in the first place.

Is the Nissan Rogue Sport fast?

It may have Sport in its name but the performance of the Nissan Rogue Sport is some way from being sporty. The 2.0-liter engine’s 141 horsepower can only get the little Nissan SUV from 0 to 60 mph in a fairly pedestrian 9.8 seconds and onwards to a claimed top speed of 124 mph.

Is the Nissan Rogue Sport comfortable?

The Nissan Rogue Sport is comfortable enough. There’s a decent amount of room in the front and the 53 cu.-ft. of cargo space behind the rear seats is pretty good for a small SUV. In truth, the rear seats are best for two adults or three children. If you squeeze three full-size adults into the back seat you’d better make sure they know each other quite well because they will do by the time they get out.

How much should you pay for a used Nissan Rogue Sport?

Here are the average minimum and maximum prices you should expect to pay for a used Nissan Rogue Sport.

The highest trim level of the Nissan Rogue Sport is the SL, and it does come with an impressive list of standard features and equipment. All those goodies come with a sizeable price ticket, however, and it’s not difficult to find alternative small SUVs with similar or better features for the same money or less.

Is a used Nissan Rogue Sport worth the money?

I’m going to be bold enough to say that used Nissan Rogue Sports aren’t worth the money dealerships will ask for them. It’s not that it isn’t a decent small, mass-market SUV, because it is, but there are better out there for less money and you can have a bigger, better Nissan Rogue for only a little more than a Rogue Sport.

Should you buy a used Nissan Rogue Sport?

I can usually make a case for buying just about any used vehicle, but this is a tough one. If you are in the UK, Europe, or just about anywhere other than North America I would say there are plenty of reasons to buy one, but in the US the Nissan Rogue Sport is just too expensive for what it is.

I have a lot of experience of owning and driving vehicles of this type and I rented one of these not too long ago for a weekend. The last compact SUV I had before I rented the Nissan was a Kia Sportage and it was a considerably better vehicle all around.

The Nissan looks and feels a little cheap inside and the steering and transmission feel loose and less responsive than many rivals. A lot of this isn’t too terrible and it could be forgiven if the price was right, but in the US the price of the Nissan Rogue Sport isn’t right and that’s why I’d suggest you go for something else. 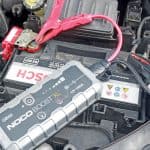 Are Jump Starter Packs Worth Buying?

What to Look for When Buying a Used Honda Civic 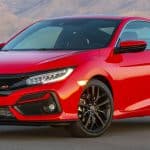