What to Look Out for When Buying a Used Dodge Durango

The Dodge Durango is a three-row, midsize, crossover SUV that really does deserve your consideration if you want a family-friendly vehicle that won’t break the bank to buy, but still offers something interesting if you actually care about what you’re driving. If you are considering one, here’s what you need to know and look out for when buying a used Dodge Durango.

Here are the subjects I’m going to cover here:

The Dodge Durango has been in production since 1998, but there have only been three generations so far. The Durango started out as a traditional body-on-frame midsize SUV based on the same platform as the Dodge Dakota and the Ram pickup truck.

The Durango remained a body-on-frame model for the second generation even though it grew into a full-size SUV, but the biggest change came with the arrival of the third generation which is where it moved to unibody construction and dropped back down into the midsize class.

In recent years, the Durango has morphed into a fairly unique performance SUV, although its family-friendly seven-seat capability remains and it can still be a fairly mundane model in lower trim levels if that’s the kind of three-row midsize crossover you want.

If you want to get a used Dodge Durango or other used vehicles for the lowest possible price, government and police auctions are the way to go. You need to know what you’re looking for to buy at auction, but this guide is a great place to find used vehicles at incredible prices.

It’s impossible not to see the Ram truck influence on the original first-generation Dodge Durango. It basically looks like a Ram pickup with rear seats and a roof, but with a few components lifted from other stablemates such as the Dodge Caravan, Plymouth Voyager, and the Chrysler Town & Country. With the ability to carry up to seven people and tow a trailer of up to 7,500 pounds, the Durango was a very flexible vehicle that could suit a lot of different types of buyers.

The output was 360 horsepower and there were several exterior enhancements of note, especially the standard Viper blue paint with the iconic pair of racing stripes down the center of the vehicle. It may have been a standout version of the first-generation Durango, but it certainly set the tone for what was to come later on in the vehicle’s life.

This model was even more closely related to the Dodge Ram Pickup than the first-gen model, and it shows. This generation was also offered with a third-row bench seat to deliver an eight-seat passenger capacity, and it was a bigger vehicle than the previous generation and the one that was to follow.

There was a much-needed facelift for the 2007 model year that made the Durango a little more desirable and a lot easier on the eye than the 2003-2006 model years, but you’d still probably be better off paying a little more to get a third-generation used Durango instead.

Built alongside the Jeep Grand Cherokee at the Jefferson North Assembly Plant in Detroit, the third-generation Durango shares quite a lot with the Jeep flagship and that’s not a bad thing by any means.

Over the years since its launch in early 2011, the Durango has become more and more desirable and more and more powerful. In fact, there’s even an SRT Hellcat version of the Durango for the 2021 model year that boasts 710 horsepower and 640 lb.-ft. of torque, and a 0 to 60mph time of just 3.5 seconds!

Instead of a long and rambling list of features, equipment and trim levels, here are most of the official brochures for the third-generation Dodge Durango for you to download so you know exactly what to look for.

What’s special about the Dodge Durango?

Especially today, the Dodge Durango is effectively a muscle SUV, and there aren’t too many of them out there at the moment, are there? Yes, there are very powerful versions of the BMW and Mercedes-Benz SUVs, but they’re not as overt in their intentions as the Durango.

Although the lower trim levels can still look like relatively run-of-the-mill family SUVs, as you go higher up the trim levels the styling and performance of the Durango gets more and more outrageous.

If you need seven-seat capability but you really hanker for a muscle car, the Dodge Durango is probably the perfect compromise. After all, how many three-row SUVs are available from the factory with a 6.2-liter supercharged V-8 engine and racing stripes from front to back?

You might assume that a non-luxury SUV that’s been around for more than twenty years would have a long list of potential issues to watch out for when buying used and that failing to identify some of them could prove seriously expensive. Actually, there are only a handful of common issues reported by owners and none of them are particularly expensive to sort out.

The most expensive and most common potential problem can be the exhaust manifold bolts breaking, which can happen when the Durango has done more than 110,000 miles. If it happens you’ll probably notice an odd ticking noise, especially when the engine is cold, and the cost of repair can be between $642 and $845.

The second most common problem is a leaking windshield cowl screen, and when water from a rainstorm or car wash gets in it can result in the Check Engine warning light coming on. All this needs to fix the problem is a revised crown fitting at a cost of around a hundred bucks.

Although the third issue is a quick, easy and cheap fix, it can be a bit scary if the symptoms occur in certain situations. The problem is a clogged exhaust gas recirculation (EGR) tube, which can be solved by a quick clean. However, a clogged EGR tube can result in a rough idling engine or even the engine stalling, which can be a big safety issue if it happens when you’re on the highway.

Durango models equipped with the 5.7-liter V-8 engine have been known to suffer from a failing Camshaft position sensor, which can again result in the engine stalling or failing to start in the first place. A replacement sensor fixes the problem, and the cost is around a hundred dollars.

When you’re checking out a used Dodge Durango you might notice an unpleasant musty smell, but it’s not necessarily something to worry about. All it will probably be is the HVAC system, and Dodge has a cleanser and an evaporator coating available that prevent the build-up of the bacteria that causes the smell in the system. If the person you’re buying from isn’t aware of this and the smell is there, you might be able to use that as a bargaining tool to get the price down a little.

If you’re looking at the most performance-orientated and performance-style versions of the Dodge Durango, there aren’t too many direct rivals out there. As far as being a big, powerful three-row midsize SUV, you might want to compare the Durango to something like a Ford Explorer, Chevrolet Traverse, GMC Acadia, Nissan Pathfinder, Mazda CX-9, Buick Enclave, Kia Sorento, and Toyota Highlander.

However, the only true rival in terms of power and performance is the Jeep Grand Cherokee, which is also available with that outrageous Hellcat powerplant.

How much does a used Dodge Durango cost?

According to thecarconnection.com, here are the average used price ranges of the Dodge Durango from 2011 to 2019.

Should you buy a used Dodge Durango?

If you need a three-row midsize crossover SUV that’s as fun, exciting, and desirable as it is flexible and practical, you’ll have to go a long way to get anything better than a used Dodge Durango. It’s not as cheap as some, and the higher trim levels and genuine performance versions can gt a little pricey, but Dodge is generous with the standard equipment and it’s a model you’ll be happy to keep for a while.

Although it’s not renowned for stellar reliability, the Durango is no worse than many and the cost of repairs is generally pretty reasonable. If you’d like a Dodge Challenger or Charger but you need six or seven seats, a Dodge Durango is, without doubt, the next best thing. 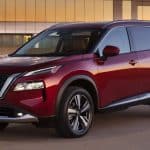 What to Look Out for When Buying a Used Nissan Rogue 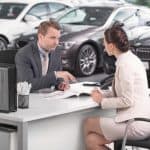