What to Look Out for When Buying a Used Jeep Renegade

The Jeep Renegade is a vehicle that has proved a lot of people wrong since it launched back in 2014. It’s a subcompact crossover SUV that on the face of it isn’t very Jeep-like, but it’s proved popular with buyers in America and all around the world. If you’re thinking of buying one, here’s what you need to look out for when buying a used Jeep Renegade.

The Renegade is a subcompact crossover SUV that first appeared in public at the Geneva Motor Show in March 2014. Although it offered buyers a sort of miniature Jeep Wrangler style for a lot less money than a Wrangler, the Renegade is actually an awful lot more closely related to the Fiat 500 than it is to the Wrangler.

Among other things, the Renegade and the Fiat 500 share a common platform, but that hasn’t stopped the little Jeep from being a commercial success for FCA in many different markets around the globe.

Having said all that, new sales figures for the Renegade have been falling in the US ever since 2016. In its first year on sale in America, a creditable 60,946 units of the Renegade were sold during 2015, but that was only over about eight months as it didn’t properly land at dealers until April.

There’s only been one generation of the Jeep Renegade so far, but an all-new second-generation model was scheduled for 2022. It remains to be seen if that will be put back a little in the wake of the coronavirus pandemic, but it’s not expected to be a radical redesign of what we already have.

For the 2019 model year, there was something of a facelift given to the renegade by Jeep, but on the outside, it only materialized as some updated front and rear bumpers, some new LED headlamps that also feature on the Wrangler, and the front grille was made a little larger.

If you want to get a used Jeep or other used vehicles for the lowest possible price, government and police auctions are the way to go. You need to know what you’re looking for to buy at auction, but this guide is a great place to find used vehicles at incredible prices.

When the Renegade was launched there were four trim levels for the 2015 model year, which were the Sport, Latitude, Limited, and Trailhawk. That changed to six with the arrival of the 2017 model year and the addition of the Deserthawk and the Altitude.

The Deserthawk only lasted for one year and was replaced by the Upland Edition in 2018 and 2019, but the lineup grew exponentially for the 2020 model year with the addition of a number of those special editions that Jeep loves so much.

The first versions of the Renegade came standard with a 1.4-liter turbo-four that developed 160 horsepower and 184 lb.-ft. of torque, which was mated to a six-speed manual transmission. The alternative was that 2.4-liter Tigershark four-cylinder that offered 180 horsepower and 175 lb.-ft. of torque and came with a nine-speed automatic transmission.

Those are the only engines you’ll find in a used Renegade until you start looking at 2019 models and newer ones, and that’s because a 1.3-liter turbo-four was added for 2019. These units sit at the top of the engine lineup and develop 177 horsepower and 200 lb.-ft. of torque.

This engine brought about the end of the 1.4-liter turbo-four that used to be the standard powerplant, so the 2.4-liter four-cylinder became the standard engine from 2019.

Known Jeep Renegade problems to be aware of

This isn’t the sort of problem you’ll identify on a test drive and it’s not something you do a great deal about, but it’s something you need to know before taking the plunge and buying a used Jeep Renegade with the 2.4-liter Tigershark engine.

These engines are reported to use up to as much as a quart of oil every 1,000 miles or so, which is almost a fifth of the engine’s total oil capacity. The oil capacity is 5.5 quarts, but if the level drops below 3.5 quarts the engine is going to stall and you won’t even have seen a light on the dash or been given any other warning of the oil level being too low.

It’s been reported that the oil warning light will then come on once the car has stalled, but that’s not exactly a lot of good, is it? Fiat-Chrysler (FCA) claims this oil consumption level is normal, and it’s been affecting the Renegade ever since its launch in 2015. Therefore, if you’re going to buy a Renegade this is something you’ll just have to live with.

Complaints about the transmission include it lurching through the gears, sudden shutdowns and unrequested shifting into neutral. Basically, if you come across a Renegade with a dodgy nine-speed automatic transmission you won’t necessarily know what it will do next.

What makes the Renegade so popular?

Although it might seem a little superficial for some potential buyers, there’s no doubt that the Renegade’s exterior styling is its main attraction for a lot of buyers. It has a sort-of baby Wrangler look about it, and its seven-slot grille, round headlights, boxy lines, and tall profile mean it couldn’t really be anything but a Jeep. On the other hand, it certainly isn’t as rugged and macho as some small crossovers and there’s a bit of “cuteness” that appeals to plenty of younger and female buyers.

Despite it sharing a platform and plenty more besides with the cutesy Fiat 500, the Renegade sets itself apart from its subcompact crossover rivals with a surprisingly high degree of off-road capability. It’s not going to take you up a mountain in the way a Wrangler might, but four-wheel-drive versions won’t shudder at the thought of the pavement running out and turning into a rough trail. It’s not a Wrangler or a Land Rover Defender by any means, but it’s certainly not a Ford EcoSport either.

How much should you pay for a used Jeep Renegade?

If you think you can get a used Jeep Renegade on the cheap you might have to think again. A quick look at the used market in America shows the most affordable versions you can hope to find that haven’t been in an accident start at around $7,500, but those have well over 100,000 miles on them.

Decent spec levels with lower mileage tend to start at around $9,000, but you should be able to get something like a 2015 Trailhawk with AWD and around 45,000 miles for around $10k. To get that sort of deal you may need to cast your net pretty wide and be prepared to travel. A model that you could get for $10,000 in one part of the country could easily cost a couple of thousand dollars more if you’re restricted to a local market where Renegade prices are high.

If you’re shopping for a subcompact crossover SUV you’re certainly not going to be short of options, although few, if any, can boast the kind of off-road capability you can have with a four-wheel-drive version of the Renegade. One close rival is the Fiat 500X, but as it’s based on the same platform and shares a ton of components with the Renegade, you may as well go for the Jeep unless you prefer the way the Fiat looks.

Other non-related rivals include the Kia Soul, Ford EcoSport, Mini Countryman, Toyota CH-R, Chevrolet Trax, Nissan Rogue Sport, Honda HR-V, Mazda CX-3, Buick Encore and the Hyundai Kona. If you want one that will give the renegade a run for its money when the pavement runs out, the standard all-wheel-drive Subaru Crosstrek is the only serious rival to the Jeep.

Should you buy a used Jeep Renegade?

My advice about whether you should buy a used Jeep Renegade is yes you should, and no you shouldn’t. If you get the right one you have a cracking little SUV that can be fun to own and drive and can even offer some fairly serious off-road thrills if that’s what you’re looking for. However, that 2.4-liter Tigershark engine is a big concern and so is the nine-speed automatic transmission.

There will be models with that engine and transmission out there that don’t have anything wrong with them other than the excessive oil usage, but if you want to be on the safe side it might be better to choose a Renegade with a different drivetrain.

The good news is there don’t appear to be loads of little niggles to look for and worry about with a used Renegade. Some people might not like the fact it doesn’t rate particularly well for safety in some areas, but if you’re obsessed with automatic emergency braking and lane-departure warnings you’re probably not a Jeep person anyway. 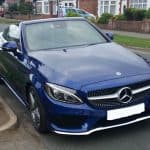 What to Look Out for When Buying a Used Toyota RAV4