What’s the Difference Between a Subaru WRX and WRX STI?

What the American market knows as the Subaru WRX or Subaru WRX STI had almost mythical status in Europe as the performance versions of the humble Subaru Impreza long before they arrived in North America. Somewhat ironically, the WRX and WRX STI have now been discontinued in Europe, and the UK hasn’t even had the Impreza since as long ago as 2013. But if you want to take advantage of them still being available to buy new in America while you still can you’ll need to know what the difference is between a WRX vs WRX STI.

The main difference between the Subaru WRX and the WRX STI is the STI is a more powerful, performance-focused version of the car than the standard WRX. The 2021 Subaru WRX STI develops 290 horsepower and 310 lb.-ft. of torque from its 2.5-liter engine, compared to 258 horsepower and 268 lb.-ft. with the WRX and its 2.0-liter unit.

As well as its more powerful, 2.5-liter flat-four engine, the Subaru WRX STI also benefits from a stiffer suspension, uprated brakes, an adjustable center differential for the standard all-wheel-drive system, and more aggressive styling than the standard WRX.

The Subaru WRX and WRX STI started out as performance versions of the relatively humble Subaru Impreza and they were created to take part in the World Rally Championship in 1992. The original first-generation models were based on the Impreza sedan, but in 1993 hatchback versions were added and the first STI versions of the WRX arrived in 1994.

And if you are wondering, WRX stands for “World Rally eXperimental” and STI is short for Subaru Tecnica International that refers to a Fuji Heavy Industry division of motorsports, which is why the STI was created as a higher-performance version of the Subaru WRX. Thank goodness Subaru decided to go with the initials instead of using the full terms.

The Impreza-based WRX made its rally debut at the ninth leg of the 1993 World Rally Championship which was Rally Finland. Before that, the Subaru team has been using the Subaru Legacy and that car’s last outing was Rally New Zealand.

Although one of the two cars crashed during the very first stage of that debut, the second car that was being driven by Ari Vatanen soon showed how quick the WRX was by actually leading the race at one point and going on to finish the race in second place.

The first three generations of the Subaru WRX and WRX STI road cars were all based on the Subaru Impreza platform, but in 2014 Subaru decided to move away from marketing these cars under the same banner as the Impreza by making the WRX and WRX STI as standalone models in their own right. In America, however, the cars had already dropped Impreza from their name with the previous third generation.

What do the WRX and WRX STI have in common?

The simple answer to what the Subaru WRX and WRX STI have in common with each other is, a lot! Both cars are built on the same platform with the same body, although the STI does have a lot of more aggressive styling cues.

Both cars seat up to five people and they share very similar specifications when it comes to things like infotainment, comfort, driver-assist, and safety features, although the highest specification versions of the WRX are available with some features that can make them even safer than the STI.

The engines under the hood of both the WRX and WRX STI are direct-injected turbocharged four-cylinder units, but while the WRX makes do with a 2.0-liter turbo-four, the STI gets a bigger 2.5-liter unit that produces 32 horsepower and 42 lb.-ft. of torque more than the WRX’s 2.0-liter.

Both cars also come standard with a six-speed manual transmission that certainly helps to enhance the undoubted performance characteristics of the Subaru, but the WRX is also available with a CVT which isn’t an option for the STI.

I have absolutely no idea why anyone would want a Subaru WRX with a CVT transmission, but obviously, some do because Subaru wouldn’t offer it otherwise. I could get my head around something like a nine-speed automatic with paddle-shifters or dual-clutch transmission, but a CVT really does leave me scratching my head and wondering why?

Is the WRX STI always more expensive than the WRX?

Even if you get the highest specification version of the Subaru WRX available with the CVT transmission it will still be cheaper than the most affordable version of the WRX STI. There’s actually quite a bit more going on with the STI than just its bigger and more powerful engine, which is why it’s more expensive than the WRX.

Subaru WRX vs WRX STI: Which one is best?

If you are just looking for a great car for daily driving that will always put a smile on your face when you’re behind the wheel you would be perfectly happy with the Subaru WRX. On the other hand, if you’re more serious about driving and you want what is perhaps the best bang-for-buck performance car around, the Subaru WRX STI is hard to resist.

Yes, the STI will cost you quite a bit more to buy whether you’re buying new or used, but the extra is more than worth it.

Here’s a handy table showing the difference between WRX and STI models as well as some of the similarities.

How much does a used WRX or WRX STI cost?

You can pick up a used Subaru WRX from as little as $10,000, while the most affordable examples of the Subaru WRX STI cost from at least $20,000. However, and it’s a big however, I suggest you only consider buying at that end of the market if you either know exactly what you’re looking at with used cars or you own your own auto shop.

These cars are designed to be driven and driven hard, and most of them will have been driven like that. You also have to pay careful attention to the service history as these cars take more looking after than your normal, everyday mass-market sedan or hatch.

After the first minor service is carried out at just 3,750 miles, the second minor service was required at 7,500 miles and an intermediate service was also required at 15,000 miles. In general, a Subaru WRX or WRX STI should have been serviced every 7,500 miles. If a used model you’re looking to buy hasn’t got a squeaky clean and complete service history, you should approach it with some caution. 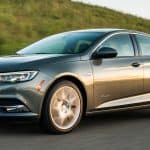 Are Car Seat Covers Worth Buying? 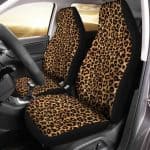 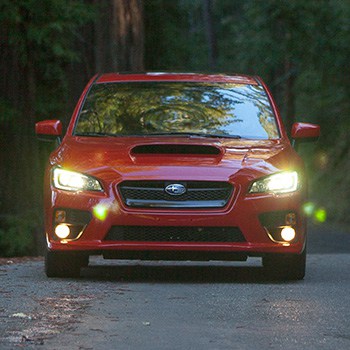